You are here: Home / Nature & Respite / We All Need A Little Kindness / Acts of Kindness: A Trowel and Some Baseball

This is going to be brief tonight, as I pretty sure I only have one, maybe two, brain cells that are currently not suffering jetlag.

From Steeplejack – who made my morning with this sweet story:

My partner pulled off the most wholesome, archaeologically adjacent, bamboozling act of kindness and I had to share it. 🧵

When I was in Rome this summer, somehow my trowel ended up in my carry-on. I was mortified when it was discovered in the TSA line, because I knew (1/?)

what came next. I was forced to toss it despite pleading with the agent, because the lines were so long I would’ve missed my flights had I tried to go all the way back through the checked luggage and security lines, which had taken me almost four hours to traverse (2/?)

This meant that I was forced to part with my very first trowel, the trowel I had been gifted by my mentor John Dobbins during my very first field season, atop the Temple of Jupiter in Pompeii. It held an endless amount of personal significance to me and (3/?)

I was absolutely heartbroken and devestated.

So my partner started plotting to buy me a new trowel as a surprise for our anniversary. Because he’s a medical doctor and not an archaeologist, he didn’t know where to start, and, unbeknownst to me, tracked down and emailed (4/?)

John Dobbins to ask him what brand of trowel archaeologists use. But John had something else in mind. The two of them, with me still completely unknowing, schemed amongst themselves and met for coffee together to pull off the most clandestine operation ever. (5/?)
When I arrived in Charlottesville, my partner and I went downtown for dinner, and as I rounded the corner I found John there. I exclaimed, “Oh look, it’s John Dobbins!”, having not seen him in two years. I thought it was a coincidence and introduced him to Ty. Confusingly, (6/?)

he told me, “I already know Ty.” I was so confused, thinking maybe they knew each other through the hospital or some other community event in Charlottesville.

Instead, I found out that John was there to meet us for dinner. John sat down for soup with us (7/?)

and gifted me the most special gift I have ever received: the first trowel he got on his first excavation ever, at UMich. He told me that right as Ty had emailed him with his query, he had been thinking about how to rehome it, and the two of them had met to arrange a way (8/?)
to secretly surprise me. I didn’t want to take it at first b/c it felt like too much.
I was/am so utterly shocked and emotional. I am the luckiest person to have such a loving partner and I am so lucky to have such a kind, supportive and generous mentor like John Dobbins. (9/?)
The trowel in question 💓 I’m honestly too scared to use it right now because I want to treasure it forever but I am so grateful and shocked and wow. The two best people I know. 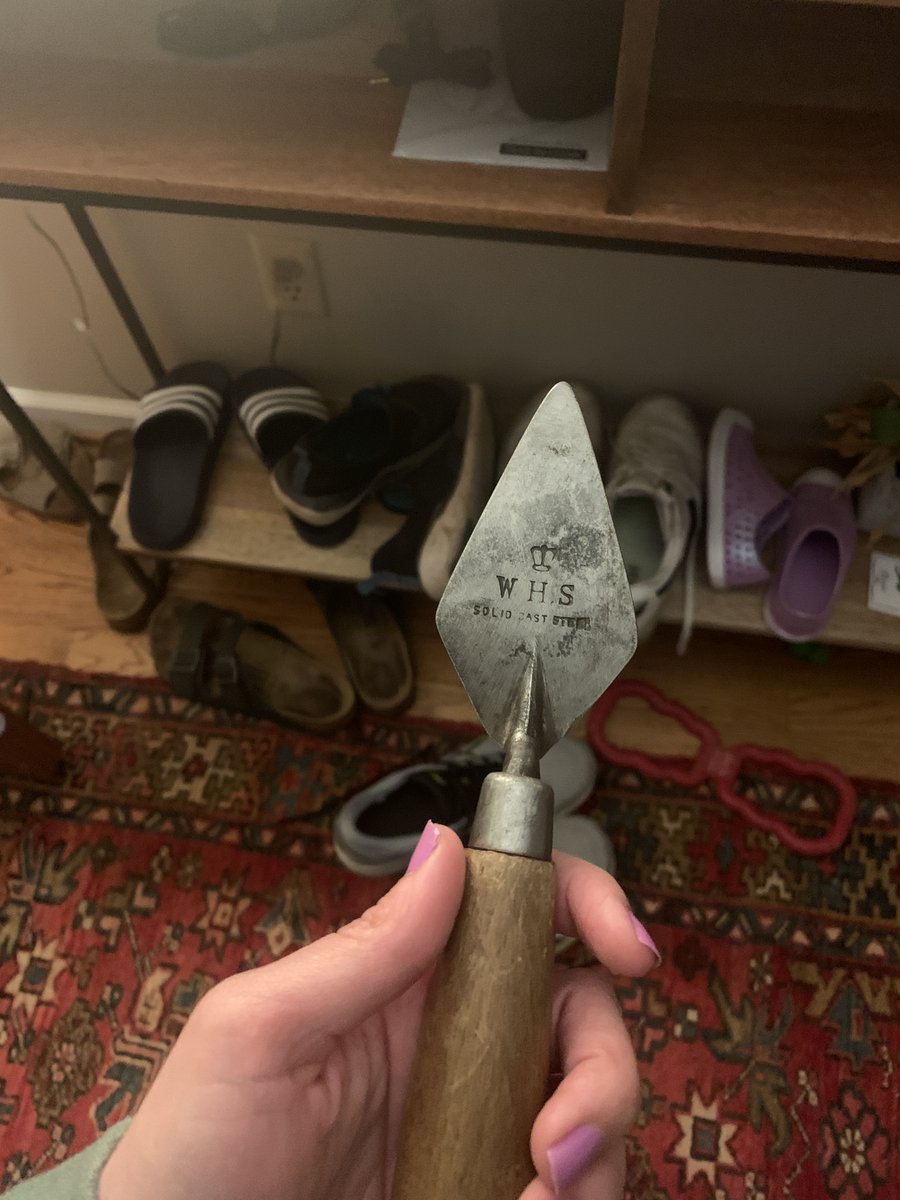 As a final note— this happened in FCO, not the states! I erroneously wrote TSA vs the European equivalent when I wrote this and they did not seem to have a shipping option & forced me to make a split second choice that I immediately regretted 😭

From Albatrossy, a story in two parts:

A young Jays fan was overcome with emotion as he got to meet Marcus Stroman who returned to Toronto this week with the Cubs pic.twitter.com/cVZqmTV7AG

Come down to field level before the game today. Tweet me when you’re there and I’ll come out! https://t.co/t8yVQjfpgQ

I don’t have an attribution to this one, if it’s you claim it in the comments. Meanwhile, I’m gonna get the tissues again.

Clayton Kershaw thought his press conference was over when he was surprised by a 10-year-old.

The child’s grandfather made a bucket list. On that list: meet Clayton Kershaw. That never happened. He died of cancer. But today Blake Grice met Kershaw. He feels his pappy with him. pic.twitter.com/K5KGcd5ozO

And finally, from Albatrossy again, this just makes me smile every time I watch it. I don’t know if Adam already posted it, but it’s worth another watch:

that's all great but did you ever liberate your own mama's village pic.twitter.com/wnZK97Mr72

And a little Great Dane love for you. I swear they missed me…just not right in this moment. LOL

And yes, before you ask, there is room for people on the couch, they know they have to move and tend to make a puppy pile to leave room for the bipeds.

Hoping this brightens your evening and gives you a bit of a reprieve.  I have to go apologize to the cats again….