A documentary on House Speaker Nancy Pelosi’s life and groundbreaking political career, shot and edited by her daughter, will debut on HBO next month. https://t.co/YRLAAgBzt3

… Alexandra Pelosi’s “Pelosi in the House” will premiere Dec. 13 and will include footage shot during the Jan. 6 insurrection. Some of that footage, including moments when Nancy Pelos i was helping direct the government’s response as the U.S. Capitol was under attack, has been seen as part of a House investigation.

The film will arrive three weeks before Pelosi’s tenure as House speaker ends and Republicans resume control over the House of Representatives. Pelosi has said she will not seek a leadership post, ending a two-decade run of helping steer the Democrats’ agenda in Congress.

HBO says the documentary will use footage shot over three decades to chart Pelosi’s career including her election to Congress in 1987 and her ascension to House speaker in 2007, becoming the first woman to lead the chamber. The documentary also includes video of Pelosi at home and working during pivotal moments of her career…

Alexandra Pelosi is an Emmy-nominated documentary filmmaker who was with her mother filming during the Jan. 6 insurrection. She’s specialized in political documentaries, earning four Emmy nominations for her 2002 film “Journeys with George” about George W. Bush’s 2000 presidential campaign.

As a leader, every imaginable quality. Toughness when needed, compassion and understanding of all of her colleagues, an unparalleled ability to know where the votes were, what was needed to get to 218. An amazing strategic sense. Then add the empathy & decency. An amazing person.


A mom pursuing a career, how disgusting! https://t.co/aGPR35dHJu

“Without Pelosi, there is no Affordable Care Act.”@CitizenCohn to @EJDionne, in a good column capturing the real significance of Nancy Pelosi. Via @PostOpinions https://t.co/OyxesslN7D

From the New Yorker, “The Toughness of Nancy Pelosi”:

Barack Obama probably has a lot of good stories about Nancy Pelosi, the Speaker of the House, who announced, in a speech on the floor of the chamber on Thursday, that she would not seek a leadership role in the next Congress. One of them, which Obama told in his memoir “A Promised Land,” involves a moment in early 2010 when the Affordable Care Act—Obamacare—was in dire trouble on the Hill. A version of the bill had passed the Senate with a filibuster-proof sixty votes, but House Democrats had their own version of Obamacare, and so the expectation was that the Senate would have to vote again once the differences were worked out. Then, in a surprise setback, a Republican, Scott Brown, won a special election to fill the Senate seat left vacant by the death of Ted Kennedy—so the filibuster was back. One option, which some key figures around Obama favored, was to scuttle the transformative legislation, and simply try to get sixty Senate votes for a handful of not-so-controversial improvements in health care.

The other was to attempt a feat of high-risk legislative acrobatics: get the House to pass a Senate bill that many representatives already thought was unacceptable, and then pass certain fixes through the arcane process of “reconciliation,” which allows a narrower set of measures but requires only a simple majority. Obama got on the phone with Pelosi. “For the next fifteen minutes, I was subjected to one of Nancy’s patented stream-of-consiousness rants—on why the Senate bill was flawed, why her caucus members were so angry, and why the Senate Democrats were cowardly, shortsighted, and generally incompetent,” Obama wrote. (The rant sounds like something worth patenting, in terms of its enduring utility.) When Pelosi paused to take a breath, Obama asked, “So does that mean you’re with me?” The Speaker “impatiently” replied, “Well, that’s not even a question, Mr. President. We’ve come too far to give up now.” She added, “If we let this go, it would be rewarding the Republicans for acting so terribly, wouldn’t it? We’re not going to give them the satisfaction.” When Obama hung up, he turned to some aides who’d been waiting anxiously in the room and said, “I love that woman.”… 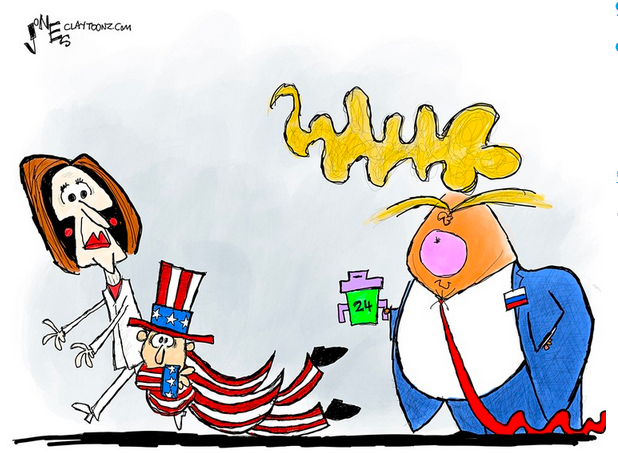