You are here: Home / Politics / Republican Stupidity / Why Can’t Real Life Be More Like Reservoir Dogs?

The Tucson shootings have produced the predictable results:  as ever when faced with mass murder, deep thinkers like Texas Republican Louie Gohmert, along with armchair warriers from all over are arguing that the solution to gun violence is more guns in the hands of untrained fantasists. 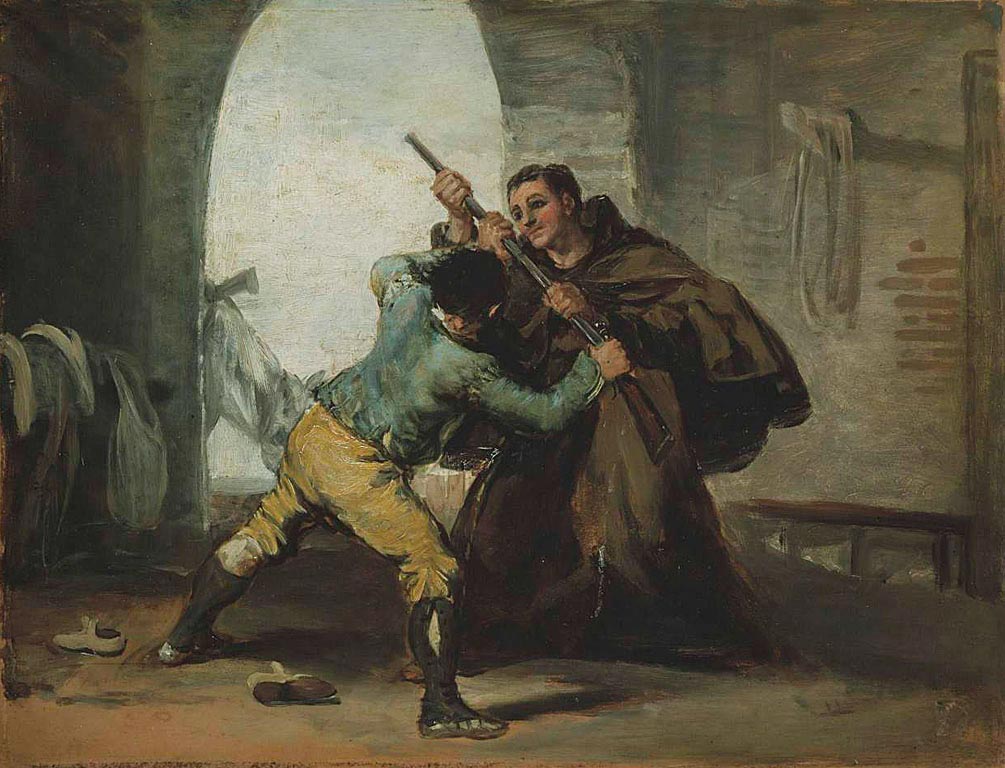 As Tim F. pointed out here several days ago, the story of an almost-wrongful-shooting at the Arizona massacre gave the lie to that nonsense.  Now Timothy Egan writes a really good piece for The New York Times Opinionator blog that drives the  point home.  Here’s a typical bit of Egan intelligence:

Gohmert has enough trouble carrying a coherent thought onto the House floor. God forbid he would try to bring a Glock to work. By his reasoning, the Middle East would be better off if every nation in the region had nuclear weapons.

At least two recent studies show that more guns equals more carnage to innocents. One survey by the University of Pennsylvania School of Medicine found that guns did not protect those who had them from being shot in an assault — just the opposite. Epidemiologists at Penn looked at hundreds of muggings and assaults. What they found was that those with guns were four times more likely to be shot when confronted by an armed assailant than those without guns. The unarmed person, in other words, is safer.

Other studies have found that states with the highest rates of gun ownership have much greater gun death rates than those where only a small percentage of the population is armed. So, Hawaii, where only 9.7 percent of residents own guns, has the lowest gun death rate in the country, while Louisiana, where 45 percent of the public is armed, has the highest.

Read the whole thing — remembering as Egan writes at the top of his piece, that this is no deranged, Birkenstock-wearing, vegan, never-touched-a-gun liberal facist writing, but rather a lifelong westerner who’s been around guns since he could walk.

The key to Egan’s presentation — what it adds to Tim’s discussion — is its deployment of data on the connection between gun ownership and gun tragedies.

When we talk about the role of violent speech in creating the context for actual violence, that’s a fuzzy argument.  I like many here believe the link exists.  But there is no doubt, as has been exhaustively and often dishonestly pointed out, that strict cause and effect doesn’t apply here. So right after the Tucson shootings, I called around a bit to see if expert opinion could add rigor to my gut reaction.  The short answer I got was, sort-of, partly because the control experiment is impossible to run.   Still, I heard, shooters are disturbed but not disorganized to the point of inaction — which makes it is very hard to escape the notion that they are no more immune to context than the rest of us — while possessing a much shorter fuse.

That’s not very satisfying of course, though the prudential logic seems ironclad:  violent rhetoric sure doesn’t reduce the risk of more mayhem, so it should be a no-brainer to tone oneself down, unless, of course, you just don’t have a brain (or a conscience).

But the point here is that there is no such waffling around the gun-gun tragedy link.  The correlations are brutal, literally, and as Egan documents, are present across different ways of measuring the violent consequences of widespread distribution of the tools of violence.

For another look at just such a measurement, check out this rendering of the geography of gun violence from Richard Florida . His conclusion, after a bunch of geolocative number crunching:

While the causes of individual acts of mass violence always differ, our analysis shows fatal gun violence is less likely to occur in richer states with more post-industrial knowledge economies, higher levels of college graduates, and tighter gun laws. Factors like drug use, stress levels, and mental illness are much less significant than might be assumed.

The bottom line:  concealed carry laws and pressure to expand gun ownership and deployment will most likely lead to more Americans killing each other, with a depressingly likely growth in the number of those killed in error or by the fatal assumption that possession of a gun means that the other guy won’t shoot first, faster, and/or straighter.  (And it won’t matter whether that shooter is bad or merely one more citizen-soldier, lately risen from a couch placed in front of a 24 marathon.)

I know that in our facts-are-optional/liberally-biased public discourse, none of this data will matter.  But I do think that we ought to keep trying to put a check on folks’ impulse to treat the guns they are going to get no matter what as costume accessories within some fantasy of mastery.*    Are guns the problem? Yes — but only in the context of their possession and use by people who don’t respect that what they have in their hands is a machine that by design delivers deadly force over distance.

So its in that context that I think we should push constantly for an insurance/liability approach to gun ownership. Want a gun? No problem.  But then you ought to be both civilly and criminally responsible for all that flows from your decision to purchase and keep a firearm…and just as you are required in car ownership to carry minimum insurance to cover liabilty, so should you be for your gun(s).

This is long enough, so I won’t pound through the details of what is, after all, hardly an original thought. But the basic idea is clear enough, I think — and certainly if the Right wants market responses to social problems, surely this qualifies.

And in the meantime, move to Hawai’i. (Or Massachusetts! We get snow. We don’t get (many) shooters.)

*I make here a similar disclaimer to Egan’s.  My grandfather and maternal uncle were career gunners, members of the Royal Artillery.  I spent every summer in ranch country, and guns were tools, handled by people who understood the care and use of all such gear.  I fired and enjoyed doing so a range of weapons, from .22 pistols to my high school biology teachers .30-30 rifle.