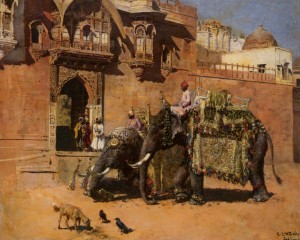 I’m not sure why, but I’m in the mood to spread some blog love this morning. Perhaps it’s because I have been reading other people’s blogs to distract me from the arduous work of writing my own. I’m three martinis down, I have a story marinating in my brain – it should be prime writing time, but whenever I stare at that blank page on the computer screen, I give up in disgust and then search around for something else to read.

Anyway, my old friend Lance Mannion is in the middle of a series of posts about his visit to Occupy Wall Street and the poets and ironworkers and clergy he met there.

My favorite of the signs I saw yesterday wasn’t a protest, it was a joyful boast: Proud Union Mama.

God, if He, She, or It exists, not having the time, He, She, or It doesn’t take sides like that. Besides, God hating anyone’s particular enemies? That’s how they think.

But we know how Jesus felt about the moneychangers, and storing up treasure on earth, and rich people and needles’ eyes, and the poor and the downtrodden. We know what he said to the rich young man who wanted to know what he had to do to be saved and he’d say the same to any young hedge fund manager who asked that question today. We know the kind of company he preferred to keep. All the apostles except Matthew, the tax collector, and the other guy, the politician, were working men. If Jesus came today and said to them, Follow me, he’d be talking to Union men and women.

I am a great fan of Anita Dalton at I Read Odd Books. This is, in part, due to my admiration of her mettle in managing to get through books I would never even pick up, books that would have had me heading outside with a bottle of lighter fluid to dispatch the hated tome from this earth with fire and vengeance. She’s also charming and funny, whether skewering the deserving:

Availability: Published by Melville Press in 2009, I highly advise that you not buy a copy, but rather shoplift a copy. If you get caught and arrested, take your mugshot, superimpose it over a picture of your ass, and mail it to Lin. He will then fashion all of the be-assed mug shots into some sort of self-aggrandizing but ultimately morally and socially empty project and thus the circle will be unbroken.

Over at Juanita Jean’s The World’s Most Dangerous Beauty Salon, Inc., Ms Juanita Jean (widowed), via her amanuensis Susan DuQuesnay Bankston, dispenses a fine mix of well crafted disdain and one liners that can make vodka come out your nose. Ladies, I salute you.

And then there’s that goofy looking son of a motherless goat Phil Gramm, who could not buy a date at the chicken ranch with a chicken under each arm and a $20 bill taped to his forehead.

Finally, our own AsiangrrlMN is in love, and it’s quite adorable.

Maybe it’s time to go and stare at cake recipes for a while. Then it will be time for lunch and a nap.

Anything to avoid the horror of actually writing something myself.

ETA: While I’m scattering links, I might as well get in a plug for the paper folding works of Dinh Truong Giang. Simply stunning. 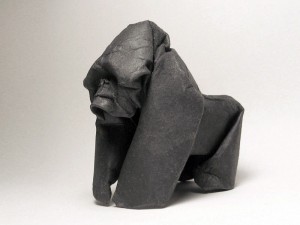 EATA: Crikey. Fullscreen if you please.

Previous Post: « This is why we can’t have nice things any more …
Next Post: Republicans find their voice: turns out, it’s whiny »