Because caipirinhas in Brazil.

END_OF_DOCUMENT_TOKEN_TO_BE_REPLACED 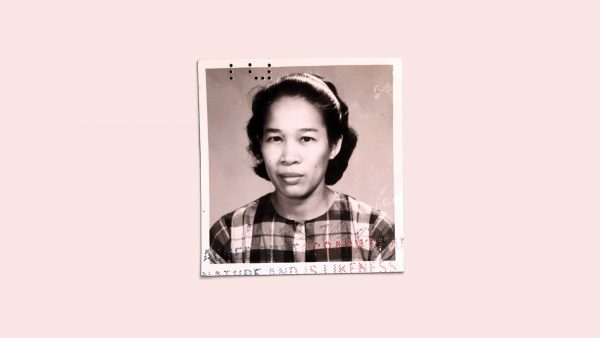 Via wrenchwench at Little Green Footballs, this particularly fine article by Alex Tizon is probably one that should be read in private if you don’t want to be reduced to a blubbering mess at work like me.

The ashes filled a black plastic box about the size of a toaster. It weighed three and a half pounds. I put it in a canvas tote bag and packed it in my suitcase this past July for the transpacific flight to Manila. From there I would travel by car to a rural village. When I arrived, I would hand over all that was left of the woman who had spent 56 years as a slave in my family’s household.

Her name was Eudocia Tomas Pulido. We called her Lola. She was 4 foot 11, with mocha-brown skin and almond eyes that I can still see looking into mine—my first memory. She was 18 years old when my grandfather gave her to my mother as a gift, and when my family moved to the United States, we brought her with us. No other word but slave encompassed the life she lived. Her days began before everyone else woke and ended after we went to bed. She prepared three meals a day, cleaned the house, waited on my parents, and took care of my four siblings and me. My parents never paid her, and they scolded her constantly. She wasn’t kept in leg irons, but she might as well have been. So many nights, on my way to the bathroom, I’d spot her sleeping in a corner, slumped against a mound of laundry, her fingers clutching a garment she was in the middle of folding.

END_OF_DOCUMENT_TOKEN_TO_BE_REPLACED

From the address given by Imam Hassan Guillet at the funeral for 3 of the Quebec City mosque victims, Ibrahima Barry, Mamadou Tanou, Azzeddine Soufiane:

We have 17 orphans. We have six widows. We have five wounded.

We ask Allah for them to get them out of the hospital as soon as possible.

Did I go through the complete list of victims? No.

There is one victim. None of us want talk about him.

But given my age, I have the courage to say it. This victim, his name is Alexandre Bissonnette.

Alexandre, before being a killer he was a victim himself. Before planting his bullets in the heads of his victims, somebody planted ideas more dangerous than the bullets in his head.

This little kid didn’t wake up in the morning and say ‘Hey guys instead of going to have a picnic or watching the Canadiens, I will go kill some people in the mosque.’ It doesn’t happen that way.

We don’t want to see it. And we didn’t see it, and it happened.

[ETA Gandhi’s favorite bhajan. It describes who can be called a Vaishnav Jan
or God’s person. Written in Gujarati by Narshi Mehta in the 15th century. Via commenter schrodingers_cat]

END_OF_DOCUMENT_TOKEN_TO_BE_REPLACED 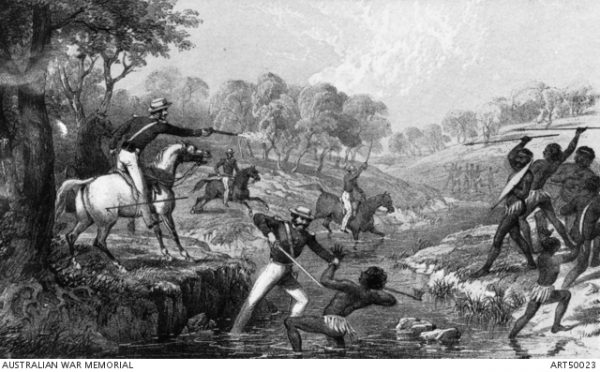 Further to my earlier post, I want to note that I am not suggesting for a moment that Australia holds any high moral ground when it comes to immigration and race relations. It isn’t what anyone would call a good actor in this situation.

Its attempt to fob off a thousand refugees on America is just the latest gambit in aid of a longstanding policy of systematic, heartless abandonment of its international obligations over the last 20 years, under governments of both stripes – demonising refugees, capturing them before they enter Australian waters, and then shipping them off to concentration camps foisted upon Australia’s client states by fiat and run by profit-driven corporates, stripping desperate, endangered people of protection, agency and dignity, all while allowing most Australians to pretend the refugee problem doesn’t exist.

And this is by no means a recent phenomenon. Australians have dabbled happily in racism since the white invasion – from the odd massacre and the old blanket trick, to language tests and White Australia, up to the appropriation of an entire nation from its legally nonexistent indigenes, the ongoing poverty/health/everything else crisis amongst Aboriginal and Torres Strait Islander people, and full scale genocide.

Still, Australians have, at the very least, avoided electing a petulant ambulatory yam as their head of state. People like Cory “man on dog” Bernadi and Pauline Pantsdown still comprise the nutty right down here, rather than the entire government, unlike some countries I could mention.

However, the lesson here is not that Australia is any better than America.

It is (as if we needed to be reminded) that, with the ascendency of the Wanker in Chief, the bedrock assumptions of our international polity are shattered, and for the next four years we’re all going to be more rooted than a five dollar hooker in a Kings Cross dunny.

END_OF_DOCUMENT_TOKEN_TO_BE_REPLACED

Long term, I suspect that Trump’s dissing of PM Trumble is only going to accelerate Australia’s slow move away from the US, which has been going on for years now. It’s not so much that Australia doesn’t like us anymore, it just wants to see other countries too.

Australia has spent the last few decades snuggling up to (if not engaging in full on groping with tongues with) the Chinese and the Japanese, both of whom are closer to Australia than the US, geographically, economically and, increasingly, culturally – no one who has spent more than a couple of hours in almost any major Australian city could plausibly deny that Australia (at least in the bits round the edge where most everyone lives) is becoming an Asian society.

Australia’s trade figures speak for themselves. If it comes down to a trade war (or even a real war) between the US and Asia, America will be dumped faster than a bucket full of spew at a B&S. 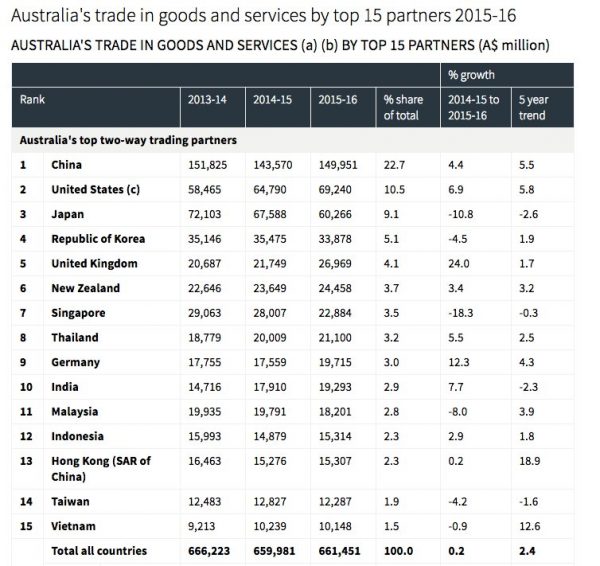 Add in an abusive, angry dickhead who stands them up, refuses to pay for dinner like he promised, and can’t remember their name, and it won’t be long before we’re sleeping alone.

One final thing – I really hope someone is saving a prime spot in the tumbril for Andrea Mitchell. Good christ woman, do your fucking job. 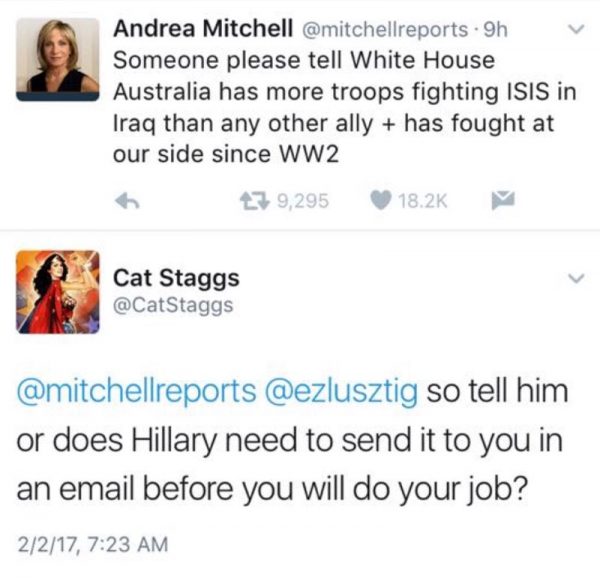 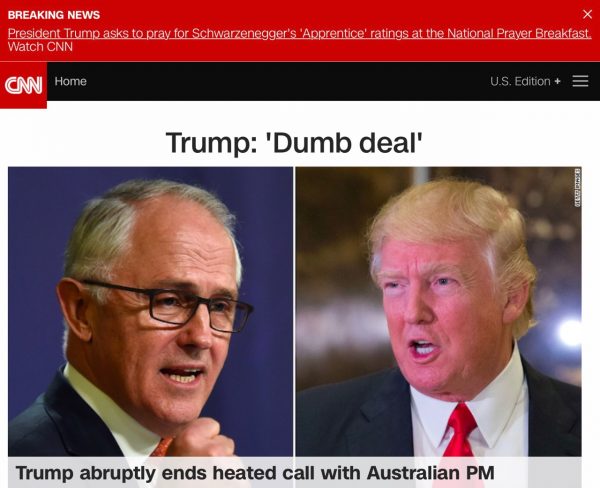 [ETA: Bonus points to CNN for the Breaking News banner.]

Malcolm Turnbull may be a bit of a cock, but he’s going to come out of this looking quite good domestically, if only from sheer relief he isn’t Donald Fucking Trump. Standing up to a rich dickhead gets you a fair bit of kudos down here (even if you’re a rich dickhead with a sideline in migrant scaremongering yourself). Malcolm might be a folk hero in the line of Ned Kelly and Breaker Morant come morning.

The corollary point is that Trump is the Mad King: volatile, vainglorious, and untrustworthy. Turnbull is right to handle him with kid gloves. …

Australian government sources confirm the Washington Post’s story is substantially correct. Trump was angry, did describe the Obama deal as the worst he’d seen, and did treat the Australian leader with contempt.

Presumably someone who stood up to Margaret Thatcher, Kerry Packer, and Conrad Black has seen bravado and alpha-male bullying before.

Heroically, the government still hopes to salvage its deal over the 1250 refugees, despite equivocations and a bizarre tweet by Trump on Thursday afternoon which appears to have all but killed it off.

The pre-eminent danger now is not this precarious deal, but the risk of sustained damage to the US-Australian relationship.

Trump is now gainsaying his own private commitments, via Twitter. This is an extraordinary situation and one that is almost impossible to manage. American prestige is on the line.

World leaders be warned: Trump’s conversations are not private and his word, unreliable.

Australians take their relationship, and their long history of mateship, with America very seriously. This won’t damage that greatly long term, but I don’t think Lord Dampnut (h/t Anymouse at LGF) will be getting an invitation for a Presidential* tour of Australia any time soon.

This saddens me, because I was looking forward to seeing Australians welcome Trump. The protest signs would have been epic. And I might have had the chance to sneak a funnel web spider into the reception and drop it down Donald’s pants. Those things are fucking terrifying.

END_OF_DOCUMENT_TOKEN_TO_BE_REPLACED

Lying to You – Goldroom

END_OF_DOCUMENT_TOKEN_TO_BE_REPLACED

I Drove All Night – Bec Sandridge

The court ruled on a habeas corpus petition filed by the ACLU on behalf of two Iraqi men who were detained at JFK airport Saturday following Trump’s ban. Both men, Hameed Khalid Darweesh and Sameer Abdulkhaleq Alshaw have been granted entry to the United States since.

Acting-President Bannon is going to be pissed.

ETA: As a couple of commenters have noted, this stay of the EO is limited to a certain class of individuals and is just the start of the fight, but it’s good news. At least it gives the brave people who are at airports fighting this a solid basis to demand that Dolt 45’s orders stop being enforced here and now.