I’m going to do something I very rarely wish to inflict on y’all.  Usually, I like to invoke at least a schmear of empirical evidence to drive an argument, but just this once I’m going to go all pundity…

….which means, I guess, that I gotta start with a Penetrating Glimpse of the Obvious:

Last night’s debate was a poor showing for President Obama and those of us who see the prospect of a President Romney as a clear and present danger to the Republic and our kids’ future.

Which leads to the equally obvious (but true) pivot:

No campaign is a single event. Counting today there are 32 full days to go before the polls open on Tuesday, November 6.  Last night’s farrago will become part of the river of stories that flow towards that day — but it is the sum of those tales, not any single shiny moment, that will determine the outcome.

Already, some folks — partisans for now, to be sure — are trying to draw attention to what Romney actually said, and in doing so, identifying the significant vulnerabilities this debate exposed for the Republican cause.  For example, I agree with Mistermix that Romney’s signal mistake was to open himself up for a renewed assault on his Medicare position — and that link to Krugman shows it ain’t just us DFH’s paying attention.   I also think Romney’s tripling down on his tax plan will allow a lot of people, and not just wonks, to remind folks of the gap between arithmetic and all the BS Romney and Ryan have thrown out on this one. 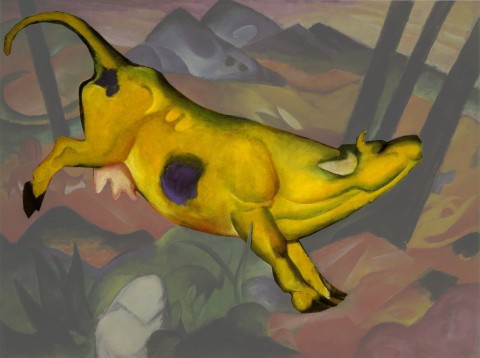 As Josh Marshall says in that second link, this is the kind of thing that takes several news cycles to build.  But recall:  we were all enraged at the brazen embrace of easily refutable lies in the Ryan RNC Convention speech.  We didn’t have faith in either the MSM or the Obama campaign (Democrats after all!) to take on the deceit with anything like the attention needed to defuse such weaponized ruminant excrement.  But they did, and (with some help from the marathon man himself) Ryan has become at least a bit of punchline ever since.*

So:  President Obama missed many opportunities last night, perhaps most significantly in not drawing a sharp enough line between the “you’re on your own” Romney vision and the “we’re all in this together” music Obama has played to such great effect in the past (and I’m sure will again, soon).

But the real test of the Obama campaign will be what it does over the next week with the actual missteps Romney made last night.  How will they use his internal contradictions in the ads?  What will Obama and his surrogates say to local news folks?  How quickly can their operation drive the mainstream media to go to town on stories like this one? (Shorter: it took almost no time at all for a Romney aide to contradict Romney’s core claim about pre-existing conditions and Medicare.)  No guarantees exist, but I have to say I’ve been damn impressed with the side of the Obama campaign that pursues such ends.  (Note also that Fallows reminds us that (in his view) debating is the best campaign technique for Romney.  Obama’s operation has been superior to his rival’s in every other phase so far.)

To repeat the cliché — holy hell, if I’m pretending to be a pundit I’ve got to hammer those too — but campaigns are marathons, not sprints.  Romney’s performance last night was like ripping off an 15 second 100 yard dash in mile 18th on the way to the Back Bay.**  Yup, he won that stretch of road.  Now comes the time to reel him in.

Which leads me to my last thought, the one I hope y’all take home: 32 days, peeps. It’s not just Obama and the grandees of the profession, the Axelrod’s and the Plouffe’s who can’t let themselves get too much sleep between now and then.  There’s the rest of us.  There’s me.

I have to confess — I’ve been less involved in a boots-on-the-ground kind of way in this election than the last, and by a good margin too.  My wife and I have been giving money on a regular basis, but I used to be a phone bank hero, and then got into door-to-door as my preferred mode of participation.  Haven’t done that this year; pretty much all I’ve done that requires me to upgrade from a bathrobe in front of a screen in my basement*** is to show up at a couple of Warren events.  That’s not enough — if there is one true lesson to be gained from the debate it is that nothing is in the bag, not the Presidency, not the Senate, surely not the House.

I’m not Tim F.  I can’t match his gift for catalyzing action.  But action is needed, so here’s my pledge.  I’m going to do something every week from now through Monday, 5 November.  I’ve got the day job and I’ve got the kid and there’s some real life stuff happening in my extended family, so I can’t do what I did when I was a mere pup, and just take off for New Hampshire for the last two weeks of the 1992 election.  But I’ll be heading north to canvas this weekend and everyday I can liberate from my daily round between now and the 6th; I’ll be tossing more bucks in the pot today, and no doubt on days to come; I’ll keep looking for useful tasks that I can tackle.  I really don’t want to do this — I’m becoming more misanthropic and generally grumpy with each passing year — but that’s what’s required, so I’m just going to kick my ass out the door as much as I possibly can.

Update: Just to show it ain’t just my rose-colored monitor screens making this argument, here’s a dispatch from the inner sanctum of the Village, NBC’s First Read:

*** Who wins the post-debate? If Romney won the instant reactions from last night’s debate, it is more than possible that the Obama camp can win the next 24 hours. Why? Because Romney said several things that could make life difficult for him today or in the next debate. First, Romney declared, “I will not reduce the taxes paid by high-income Americans.” But in addition to supporting the extension of the Bush tax cuts, which are skewed heavily to the wealthy, the non-partisan Tax Policy Center says that Romney’s tax plan would give the Top 0.1% an average tax cut of more than $246,000. Next, he stated that “there will be no tax cut that adds to the deficit.” While he has said his plan will be paid for, he’s yet to lay out any SPECIFICS on how he’ll pay for it. Romney also said, “I’m not going to cut education funding. I don’t have any plan to cut education funding.” But the Ryan budget plan, which Romney has said he’d sign into law, leads to long-term spending reductions in education. And Romney also didn’t disagree with the description that his Medicare plan would consist of “vouchers” for future retirees. Winning a “debate” is always a two-part deal — the night itself, and then the aftermath. This is now an opportunity for Team Obama and a challenge for Team Romney.

Update 2: And on cue, here’s an opening shot from Team Obama (via):

None of this is to say all is well.

This election is a month away and it really, truly ain’t in the bag yet.  So what I said above:  If the idea of waking up on November 7 to the words President-Elect Romney gives you the cold sweats, listen to the man — and don’t just vote, put mind, money and muscle behind the campaign to get your friends and neighbors to follow your lead.

***Not intended to be a factual statement.