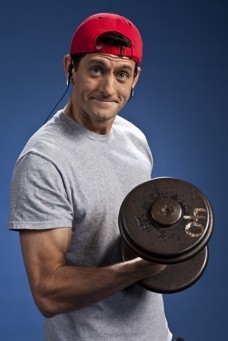 You won’t be surprised that the fainting couches got some pretty heavy duty use at the Corner last night. I do hope they put the plastic covers on first because I imagine it’s hard to get the stains out after 15 wingnuts have crapped themselves.

Over there there is very little about Ryan and his arguments. Rather they have post after post about how Biden was an oleaginous demagogue (Charles R Kesler), bizarrely impertinent (Michael Knox Beran), buffoonish (Victor Davis Hanson), a bully (Kathryn Jean Lopez), disgracefully rude (David Limbaugh – there’s another fucking Limbaugh? Why the fuck wasn’t I told?) and appalling and sophomoric (Rich Lowry).

All they have is screeching about how Uncle Joe had the gall to actually engage in debate in a fucking debate. Well, that and the CNN poll they are all trumpeting – a national poll with a grand total of 381 respondents, a higher than usual number of Republicans and a margin of error of 5%, which Congressman, sorry, Mr Ryan still only managed to win by 48% to 44%.

While the Village will almost certainly enable the wingnut freak-out, the reality as shown in the transcript is that Ryan sat there and spluttered and dissembled like a smug teenager who’s been caught puffing on a joint, while Biden hit him with facts on topic after topic, in between taking every opportunity to stick on the shiv (Sarah Palin and Jack Kennedy, anyone?).

There are so many parts of the transcript that I want to read over and over – Ryan again being incapable of explaining how he and Romney would pay for their tax cuts, Ryan admitting that they wouldn’t be able stop Iran getting a nuclear bomb in the first two months of a Romney presidency and that he was all for the US being involved in at least two more wars in the Middle East, Ryan saying that he really, truly wanted troops out of Afghanistan in 2014 as long as we didn’t tell anyone that we were leaving and then trying to explain this strange concept of “winter” to us all.

However, I just want to leave you with two sections that give me great pleasure, where Biden managed to pin the Congressman as the lying, hypocritical, stick-legged granny-starver that he is. These are beautiful, so I will let Uncle Joe speak for himself. Oh, and Joe, anytime you want to rent a Trans-Am and go do burnouts on Mitt’s front lawn, give me a call.

First, on the stimulus:

VICE PRESIDENT BIDEN: — months and months. They found no evidence of cronyism. And I love my friend here. I — I’m not allowed to show letters, but go on our website: He sent me two letters saying, by the way, can you send me some stimulus money for companies here in the state of Wisconsin? We sent millions of dollars. You know why he said he needed —

MS. RADDATZ: You did ask for stimulus money, correct?

VICE PRESIDENT BIDEN: Sure he did. By the way — (inaudible) —

REP. RYAN: On two occasions, we — we — we advocated for constituents who were applying for grants.

REP. RYAN: That’s what we do. We do that for all constituents who are — (inaudible) — for grants.

VICE PRESIDENT BIDEN: I love that. I love that. This is such a bad program, and he writes me a letter saying — writes the Department of Energy a letter saying, the reason we need this stimulus — it will create growth and jobs. He — his words. And now he’s sitting here looking at me — and by the way, that program — again, investigated — what the Congress said was, it was a model: less than four-tenths of 1 percent waste or fraud in the program. And all this talk about cronyism — they investigated, investigated; did not find one single piece of evidence. I wish he would just tell — be a little more candid.

and then on the economy where, instead of pointing out the sheer stupidity of Ryan telling an anecdote about people dying in a car crash during a debate with Joe Fucking Biden, Uncle Joe manages to tie up the 47 percent, George Bush, two wars, Mitt’s deathwish for the car industry and a heartless Republican congress into a beautiful little garland and then hang it around Ryan’s neck.

VICE PRESIDENT BIDEN: (Chuckles.) The idea, if you heard that — that little soliloquy on 47 percent, and you think he just made a mistake, then I think you’re — I — I — I — I — I got a bridge to sell you.

Look, I don’t doubt his personal generosity, and I understand what it’s like. When I was a little younger than the congressman, my wife was in an accident, killed my daughter and my wife, and my two sons survived. I have sat in the homes of many people who’ve gone through what I get through because the one thing you can give people solace is to know they know you’ve been through it, that they can make it. So I don’t doubt his personal commitment to individuals.

And by the way, they talk about this Great Recession if it fell out of the sky, like, oh my goodness, where did it come from? It came from this man voting to put two wars in a credit card, to at the same time put a prescription drug benefit on the credit card, a trillion- dollar tax cut for a — very wealthy. I was there. I voted against him. I said, no, we can’t afford that. And now all of a sudden these guys are so seized with a concern about the debt that they created.

I mean it Joe. Call me and I’m yours.

Previous Post: « American girls want everything in the world that you can possibly imagine
Next Post: Really, I appreciate the concern, but we’re fine »