You are here: Home / It is an unnecessarily time-consuming demand to expect anyone to provide you with proof 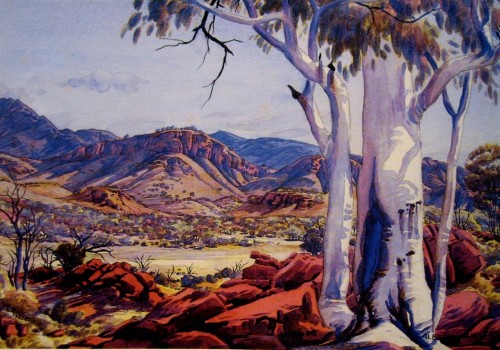 I’ve been here in Australia for about six weeks, and if it hasn’t been been piss-steamingly hot, it has instead been dumping cockloads of cold rain on my head. I was shat on by a koala that looked more stoned than I did. I had to go to a cocktail party attended by both Rose Fucking Porteus [Youtube] and Gina Bitchface Rinehart. Thankfully they kept them on opposite sides of the ballroom, pointed Rose at the gin buffet and distracted Gina by waving Fairfax share certificates at her. I went to dinner at Parliament House, all done up in my best soup-and-fish, and got stuck next to Christopher Pyne – the stupid person’s idea of a clever poodle. [Also Youtube]

Now there’s going to be an election. In September. Which will be all the media here will talk about for the rest of my stay.

What a fucking country.

Anyhow, I realised that I have fallen down on my duty to you all. It has been a long time since I last fished a gleaming urinal cake of stupid out of the piss trough they call the Corner, and then held it up for your delectation. Thus, I remedy my fault.

For today’s bagetelle, I thought I might use Obamacare Punishes Smokers: Why not the Promiscuous? By Wesley J. Smith, in which Wesley J. Smith responds to an AP story which reports that health insurers will be able to charge higher premiums to smokers buying individual policies.

Living unhealthy lifestyles has become the new Scarlet Letter. That’s what happens with centralized health care. But once we go down that road, it won’t end there. Smokers today, the obese tomorrow.

This financial stick is entirely political. Notice we never hear experts wanting to “punish” the promiscuous for the cost burden they inflict on the health care system. Yet people who sleep around, like smokers and the obese, cost the rest of us plenty–what with promiscuity leading to sexually transmitted diseases, some cancers, HIV, unwanted pregnancies, mental health issues, etc. Why isn’t what is good for the goose also good for the gander?

That won’t happen because society celebrates promiscuity and the popular culture glamorizes licentious lifestyles the way it once extolled smoking. Consider: Girls. We applaud basketball players who sleep with 20,000 women. We ooh, and ah over Reality TV celebrities, with no talent other than living provocatively before the camera, who sleep around and get very publicly pregnant. We even tend to think something is wrong with virgins who are older than 18.

Now, the title had promise and, aside from the fact that Wesley J. Smith and I agree that penalty pricing insurance is wrong, there’s a lot of stupid in there to mock. However, most of it boils down to a smug and slightly sweaty man in his basement typing “hoors” over and over again with one palsied hand. Which is disappointing.

However, let us forge ahead, for today, today it is in the comments that the real gold lies.

“Living unhealthy lifestyles has become the new Scarlet Letter. That’s what happens with centralized health care. But once we go down that road, it won’t end there.”

I know of no evidence for this assertion. Australia and Britain have different kinds of centralized health systems, but neither penalizes people by either differential access or higher payments based on lifestyle. Do you have any examples to support your claim?

A very good question. Now, it may have been better if JohnC had linked to some material comparing healthcare systems, or an article or two about Australia, or even acknowledged that the situation is a little more complex than he painted it. For example, as you can see from the links above, in Australia the proletariat and (surprise!) the insurers would be up for stoning smokers in the street if it saved them a dollar or two, but are being held back, for the moment at least, by a government of allegedly leftist hue.

However, that information on Australia was accessible with a simple google search, and when dealing with wingnuts one must use broad strokes, and the sword, not the scalpel, so all in all JohnC did a pretty good job.

Major pet peeve of mine – I hate the “what you’re saying isn’t true until you prove it is true” argument.

It automatically nullifies any argument until and unless the person making the original assertion wastes a lot of time proving something to meet an arbitrary standard of proof (one that the original poster usually exempts himself from).

Instead of two assertions, each carrying equal weight – he says X, you say Y – we now have a situation where you have “corrected” him, and you are implying that if he doesn’t come up with some hard proof he must be guilty of at best ignorance (at worst bad faith).

The problem is that, even if he is right, it’s still an unnecessarily time-consuming demand to expect him to provide whatever standard of proof you decide is acceptable.

Especially given how you haven’t actually proved anything yourself – how do you know Australia and Britain haven’t penalized people by differential access or higher payments based on lifestyle?

Proof is a leftist time-wasting device. All assertions are equal, and should not be subjected to an arbitrary standard of truth.