You are here: Home / Politics / Politicans / Black Jimmy Carter / Woke Up This Morning, The World Turned Upside Down 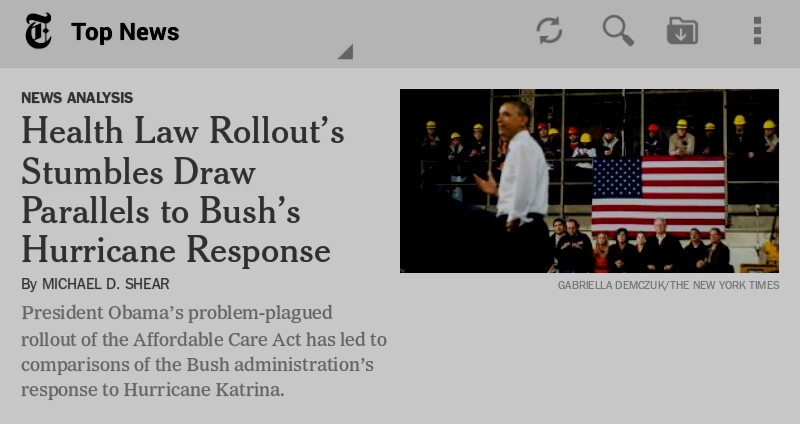 This was the top story on my NYTimes mobile this morning, and like Michael Shear, I’ve been noting the similarities between these two events. Just outside my window, the bodies of people who haven’t been able to access a website are stacking up in the streets. The lucky who have survived are huddled together in their own filth in hot, overcrowded stinking shelters, waiting to log in.

And well I remember how Democrats worked for years to gut FEMA. Every Democratic governor pushed all disaster preparedness up to the federal government to make FEMA’s job as hard as it could possibly be, and the forty separate votes by the Democratic Congress to defund FEMA are still etched in my mind.