Gyeongbokgung was the first palace built and was in later years used more for cerimonial purposes as opposed to a living quarters.
Changgyeonggung is a smaller palace just to the east of Changdokgung, which is several blocks east of Gyeongbokgung.

During the Japanese occupation of Korea(1910-1945), some changes were made: Gwanghwamun was moved from the south entrance of Gyeongbokgung and moved to the east wall and just behind where it stood was built the colonial administration building(later the first ROK National Assembly building). Changdongung was turned into the city zoo.

Processing Note: These pictures were processed from scanned 35mm negatives shot with a Canon SureShot Ace so they’re not quite as good as pure digital photograph shot with a high end camera. The sky has been darkened in all photos(those with sky present, of course) and in some cases I’ve added a blue filter since the air quality in Seoul at the time made LA look good. Also, these pictures were processed in Korea and they didn’t do a very good job, so I’ve had to so some restorative work. In some cases, I’ve also removed people from the photos.

All photos were originally taken in May of 1989.

This is Gwanghwamun(mun is gate in Korean), the main gate to Gyeongbokgung. The street leading up to the gate has ROK government offices and the US Embassy. 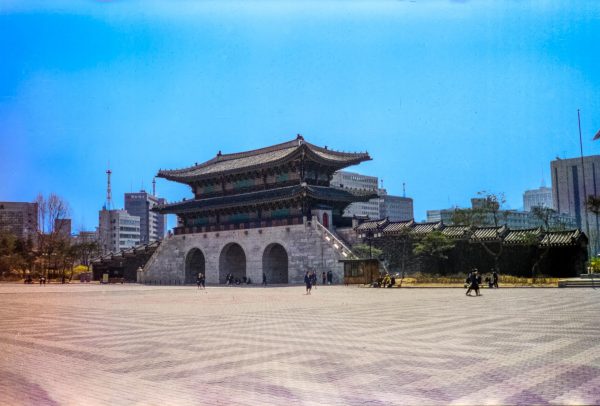 Processing Note: In addition to fixing the sky, the original shot only had the left and center portion of the building, the right portion was copied from the left portion. 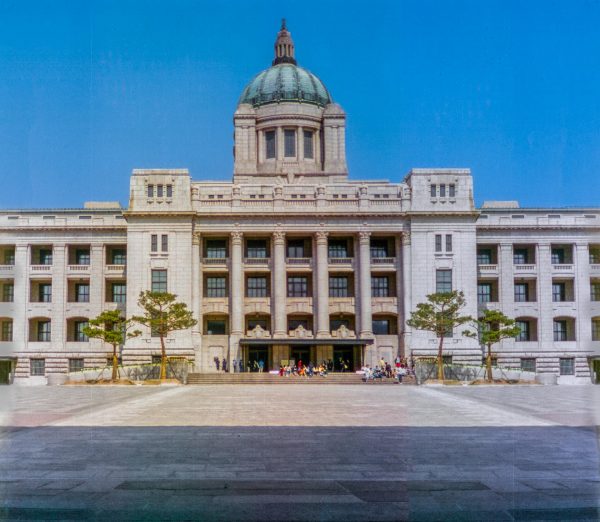 This is a pavilion in the middle of a lake where the king could entertain. 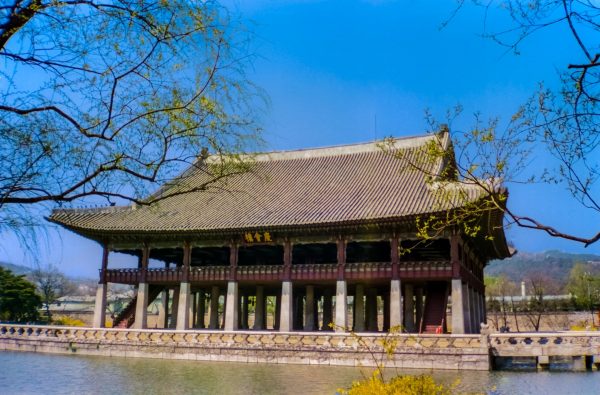 Hyangwonji Pond and Hyangwonjeong Pavilion was also used for entertaining guest to the palace. Here the bridge is on the south side of the island, but it was originally on the north side being moved in 1953. 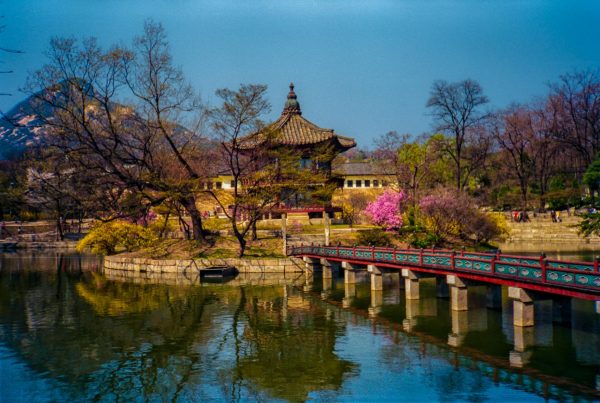 Myongjeonjeon was the throne room for Changgyeonggung. 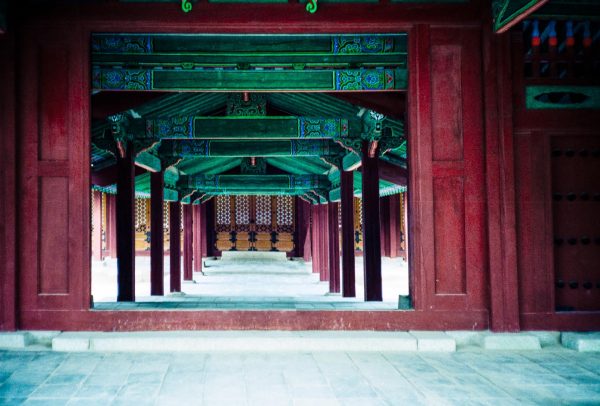 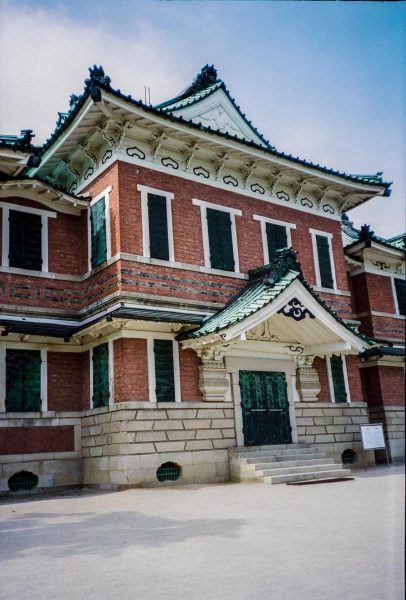