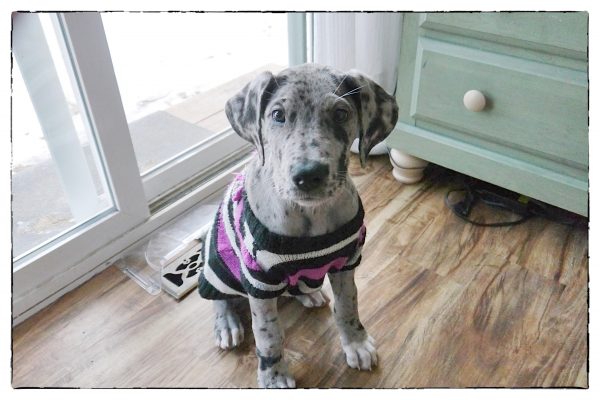 Here is Scout in her  Goodwill find (fifty cents, toddler sweater) to keep her warm on the cold mornings. She was a shivering mess.

I can’t watch, don’t even feel like discussing. If you are the same, here’s your open non-political thread.

Should I do a Super Bowl Recipe Exchange on Friday or Saturday?

Let’s talk favorite movies, books or TV shows of the moment. Lucifer is my guilty pleasure and we are going to go see The Post tomorrow if my work day allows. 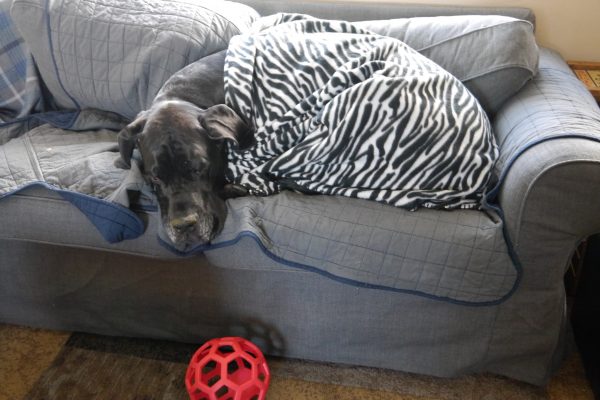 Previous Post: « 2018 State of the Uniom Live Stream
Next Post: McCabe Under Fire From Republican Hacks for Following FBI Protocol »