You are here: Home / Dispatches From Trumplandia- Still Dumb as Fuck and Proud of It

There’s another one of those apparently weekly pieces in the WaPo about the plight of a bunch of salt of the earth morons who love them some Trump but are worried about what his tariffs are gonna do to them and whether or not they are going to make enough from the bailouts (I know, I know- they want handouts). This has the usual stuff in there about hating on the coastal elites and how the coasts should have their own country and golly gee they’ll all starve without us (hey you fucking morons your farm is dying because you can’t export to China and Mexico, California can feed itself, thank you, and this new Trump free coastal country won’t have trade wars and can grow or import what they need), and so on and so forth. I mean, you can read the whole thing yourself. But that’s not what caught my eye. These pictures of one of their living rooms did: 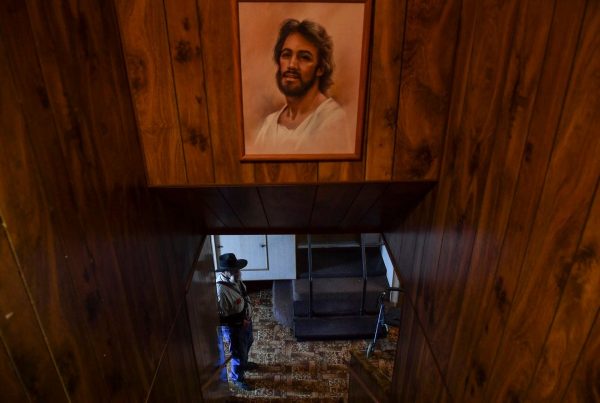 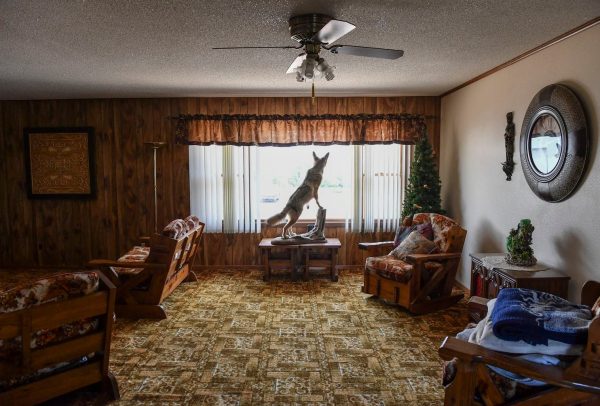 Anyone who decorates their living room like this doesn’t deserve the fucking franchise. And I have no idea what is going on with that drawing of Barry Gibb above the staircase.