And so this is the wonderful post that was suppose to usher in a great week. So sorry for the two misfires.

So we moved onto another property on Santorini, overlooking the Caldera from a point a little northeast of Akrotiri.

Around 4000 years ago, the merchants of Akrotiri lived in a city with running water, a sewage system and a functioning city administration. Fleets of Minoan sailors plied through the eastern Mediterranean bringing trade goods.

Then came the volcanic eruption 3500 years ago – the largest one experienced by man to date.

Thera erupted over a series of years. It scoured the island of life and sent giant tsunamis into the economic and political guts of Minoan society, devastating the vital coastal area of Crete and trading outposts in the Cyclades. The wound was a mortal blow for Minoan hegemony – within 150 years, the Mycenaeans ruled throughout Crete. Egypt recorded apocalyptic rainfalls during this period, and the Chinese recorded stunted cereal growth, an obscured sun, and frost in July.

It took over 300 years for people to return to Thera. The very landscape had changed, and previous settlements were buried under 100 feet of ash and rock. This small piece of Akrotiri (maybe 10%) didn’t even begin being excavated until its discovery on a weird hunch in 1967. In order to preserve it from the elements, private foundations and the Greek government decided to enclose the excavated portion.

I found the site deeply moving, and well worth taking the time to see. 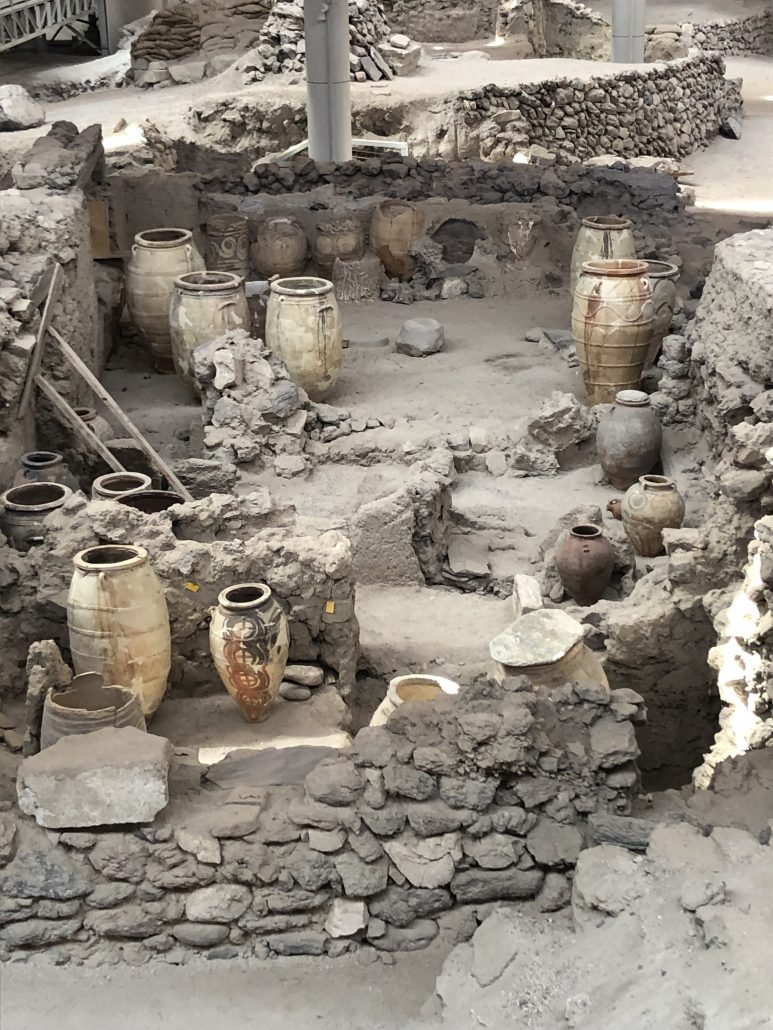 This was the view from the hot tub on our private terrace.

Yeah, it was super romantic – you can let all of your imaginations run wild…. 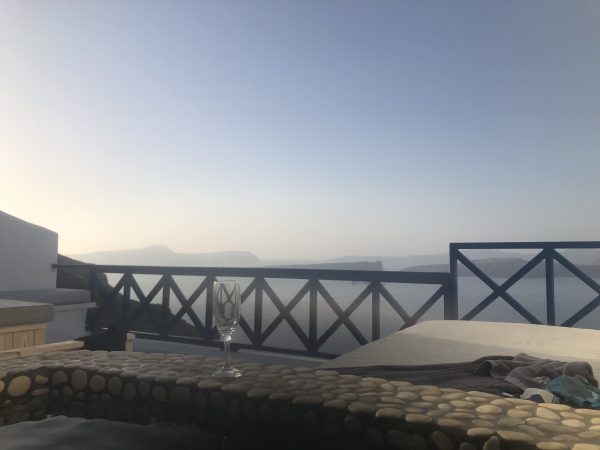 Here’s a short clip from the terrace, a daytime shot spanning the Caldera (the remnant of two great eruptions, the first being in 22,000 BC, the second in the 17th century BC). The village to the left across the Caldera is Oia, the large one being Fira.