You are here: Home / Nature & Respite / Acts Of Kindness: A Hero and A Fox

We seem to have enough interest to try it. I’ve two stories tonight, I have a file of several y’all have sent me. So we’re a go for a few weeks, at least. I decided in my schedule, late Wednesday works best – so you’ll have a good news story to end your day or to begin your day, depending on when you want to check it out.

Tonight we have a hero rescuing a little girl and the joyful follow-up of going home from the hospital and a local musician and his favorite audience ever, a neighborhood fox.

The situation could have been much worse if a good Samaritan hadn’t rushed to help when she saw the incident unfold before her eyes. 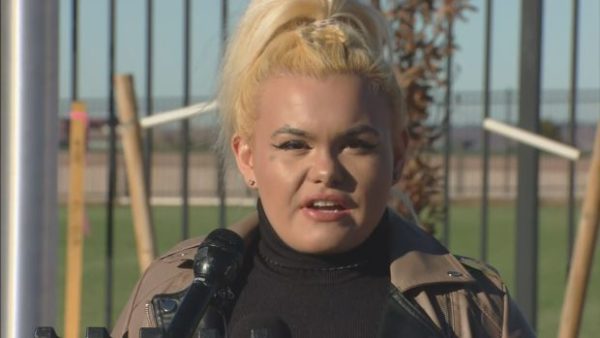 “I was looking out my window, and saw the kids to fall in,” said Dusti Talavera, who lives at the Addison at Cherry Creek apartments. “Before I realized it, I was on the pond pulling the two kids out, and that’s when I fell in the pond for the third kid.”

She recalled her story at the Arapahoe County Sheriff’s Office on Monday afternoon in a press conference. Talavera told CBS4’s Mekialaya White she acted immediately, not hesitating to put on her shoes and run outside to help the kids. She attempted to rescue them in water 15-feet deep.

Two of the kids made it out safely and unharmed. However, once Talavera was able to bring the 6 year old up to the surface and onto the sidewalk, she wasn’t breathing. She also had no pulse and was cold to the touch with soaked clothes.

Full story on the musician and his fox:

And here is your weekly puppy. Her 14-week photos are here if you need more puppy fix. 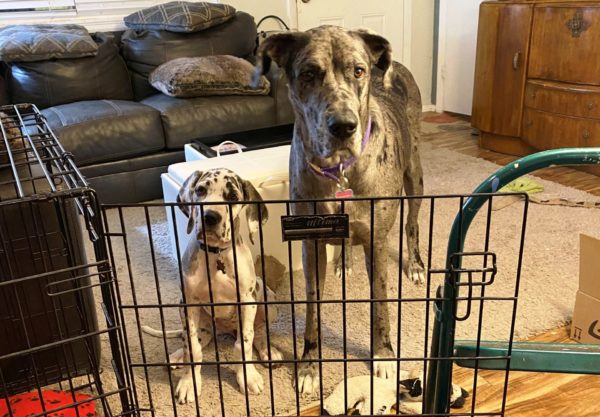 They look so innocent here, don’t they? Don’t let them fool you...this is where I found Trixie this morning.

You have probably already figured out I decided to do these posts for my own mental health. And it’s already working. I feel better.

The caveat is, for this to continue, much like Anne Laurie’s garden posts, I’ll need your submissions. So email me at [email protected] or whats4dinnersolutions (at) live (dot) com