You are here: Home / Archives for Imani Gandy (ABL)

Well, well, well. What have we here? Another addition to the Asshat Hall of Fame. Last week, a lot of people wore purple, or changed their Facebook pictures to something purply as part of the Go Purple movement, the purpose of which was to raise awareness about bullying of LGBTQ youth.

I don’t know how you celebrated Purple Day, but I changed my Facebook picture to a case of Welch’s Grape soda (sometimes stereotypes are based in reality, y’all. I ain’t gonna lie.) Personally, I think bumperstick activism, alone, is weak sauce. I support my LGBTQ peeps 365 days a year, but if they need me to do something symbolic as a show of my support, then I’m down. Besides, any excuse to listen to Purple Rain over and over is welcome. I’m cool with it. Besides, nothing says “gay” more than a 5’4 man in a frilly shirt and heels.

But others among us have other ideas about our LGBTQ brothers and sisters. They don’t deserve rights, including the right not to have the shit beat out of them just for being who they are, or, in some cases, who they might be. Indeed, these sinners should just go ahead and kill themselves. That’s what an elected Arkansas school district official thinks.

Meet Clint McCance aka Asshat-in-Chief. While other Facebookers were showing support and love for les gays, Clint was publishing tirades on his Facebook wall:

McCance wrote the following message on his Facebook page: “Seriously they want me to wear purple because five queers killed themselves. The only way im wearin it for them is if they all commit suicide. I cant believe the people of this world have gotten this stupid. We are honoring the fact that they sinned and killed thereselves because of their sin. REALLY PEOPLE.”

Initially, six people “liked” McCance’s message. He also received supportive comments, though some challenged his statement. A commenter wrote, “Because hatred is always right.” That led McCance to write, “No because being a fag doesn’t give you the right to ruin the rest of our lives. If you get easily offended by being called a fag then dont tell anyone you are a fag. Keep that shit to yourself. I dont care how people decide to live their lives. They dont bother me if they keep it to thereselves. It pisses me off though that we make a special purple fag day for them. I like that fags cant procreate. I also enjoy the fact that they often give each other aids and die. If you arent against it, you might as well be for it.”

“I would disown my kids they were gay. They will not be welcome at my home or in my vicinity. I will absolutely run them off. Of course my kids will know better. My kids will have solid christian beliefs. See it infects everyone.”

First Clint, how the fuck are you on the Arkansas School District board? You’re a moron of the highest order. “Thereselves”? That’s not a word. “Dont”? Also, not a word. “Arent”? Not a word. “Im”? Oh hell, you get the picture. Actually, you probably don’t–that’s how stupid you are. Your dumb ass is hooked on phonics and you are doing a disservice to the school district–hell, you just did a disservice to my gottdamn eyeballs–simply by being an idiotic fuckhead.

Second, what the fuck is wrong with you? These are people you are talking about. Children! You have just advocated for an entire group of children to kill themselves because they are “fags.” And I will bet my left boob that you are pro-life. And that very thought is causing my head to explode, implode, and replode. There’s all kinds of ‘plodiness going on right now and it… I just… It makes me… I really…

[Ok, which one of you broke my website?  Dang!  To answer a question, yes, I have a pet.  His name is Nate Dogg.  And he rocks exactly a lot.  I’ll write a “hey, how you doin'” post soon, but I gotsta get to bed.  Thank you all for the warm welcomes.  It is very excite! And Tom, put my coat down!  I’m gonna hold your coat for a while!  We’ll trade.  Sharing is caring. In the meantime, keep fuckin’ that chicken.  xx-ABL] 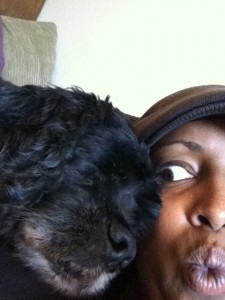 END_OF_DOCUMENT_TOKEN_TO_BE_REPLACED

Tina Turner was right: All we need is life beyond the Thunderdome.

So, you know how some asshat who worked for the Rand Paul campaign straight up stomped on MoveOn activist Lauren Valle’s head? According to Valle, Rand’s limousine pulled up; she walked up to the car to hand him a card; Rand’s security team ran around the car; they tackled her to the ground so that her head was on the curb with her arms behind her back; and, Tim Profitt stomped on her head. HE STOMPED ON HER HEAD.

Valle says that she heard one of Paul’s security team say something about “taking someone out.” [Olbermann interview with Valle after the jump]

Of course the Asshats on the Right are trying to make light of the incident. Rand Paul went on to Fox News (because of course he did) and tried to downplay what had happened. When asked “What was your reaction that folks who were wearing Rand Paul tee shirts and hats treated this woman this way? [First, I think you mean Rand Paul campaign volunteers, not random people off the street sporting “I heart Rand Paul” shirts; and second, treated this way?!–I think you mean STOMPED ON HER HEAD!]” Paul responded:

“We want everybody to be civil. We want this campaign to be about issues. I will tell you that when we arrived, there was enormous passion on both sides. It really was something where you walk into a daze of lights flashing, people yelling and screaming, bumping up. And there was a bit of a crowd control problem. And I don’t want anybody, though, to be involved in things that aren’t civil. I think this should always be about the issues and is an unusual situation that so many people, so passionate on both sides jockeying back and forth and it wasn’t something that I liked or anybody liked about that situation. So I hope in the future it’s gonna be better.”

Enormous passion!? What the fuck? What, was it a reenactment of some Telemundo soap opera?! Were you acting out a chapter from a Harlequin romance novel?!

THE DUDE STOMPED ON A WOMAN’S HEAD. He didn’t rip off the bodice of her dress, murmur “My sweet Liberal Lady of Lust… mi amor!” and then throw her down for some rousing lovemaking by the fire. HE STOMPED ON HER DING DANG HEAD!!

Jesus H. Bieber. What is wrong with people?!

And, of course, leave it to Tea Party/Republican asshats to argue that the video was taken out of context, and is being used by crazy libruls to reinforce some off-the-wall notion that the Tea Party is full of jobs, both nut and whack. I mean, duh. If you look at the video upside down, it looks like Profitt is actually putting a pillow under her head and giving her an ice cream cone!

END_OF_DOCUMENT_TOKEN_TO_BE_REPLACED

The question we are addressing here today is the story that Lauren Valle is telling, and which is being retold as “conservatives are violent crazy teabaggers” grist on liberal blogs and in the MSM. The official story is that Valle merely attempted to show Rand Paul a sign, and that his supporters simply attacked her for not being a supporter. Watch this interview from Countdown for the tale:

Well just before the tape I was identified by the Rand Paul campaign because they’ve seen me around town at these events. And they realized they know me because of my work and they don’t support it. So they actually formed a blockade around me once they realized that I was there. And as Rand’s car pulls up they step in front of me and start to block me so I stepped off the curb to try and get around them and at that point they pursued me around the car, chased me around the car, and what you see in the video is when I’m in the front of the car and that’s when I’m pulled down and then my head is stomped on.

This video was sent to RedState by an anonymous witness at the event. It shows what Valle was doing when the Paul supporters grabbed her. No one chased her around the car. She was never in front of the car. As you can see in the video, Valle reached in the candidate’s window with her “RepubliCorp” sign and shoved it in his face. Several supporters in Paul shirts have her surrounded at that point, and a man in a suit is the first person to actually intervene physically. It’s hard to tell from the video, but it could be that the man in the suit was with Paul’s security staff.

ZOMG!!! THAT CRAZY BITCH SHOVED A PIECE OF PAPER INTO RAND PAUL’S FACE!! LET’S STOMP ON HER FUCKING HEAD!!!! YEAH!!

Except, no. As a Mediaite reader noted, the same “exclusive video” demonstrates that some jackass ran around the car and tackled Valle, just like she said.

So, not only are teabaggers a bunch of liars, they don’t seem to have fully functioning eyes:

But wait! It gets better! The Head Stomper told a local Kentucky CBS affiliate that he wants an apology from Valle.

Tim Profitt — the former Rand Paul volunteer who stomped on the head of a MoveOn activist — told told local CBS station WKYT that he wants an apology from the woman he stomped and that she started the whole thing.

“I don’t think it’s that big of a deal,” Profitt said. “I would like for her to apologize to me to be honest with you.”

“She’s a professional at what she does,” Profitt added, “and I think when all the facts come out, I think people will see that she was the one that initiated the whole thing.”

So there you have it, citizens. It’s on. It’s on like Diddy and Donkey Kong. From here on out, we are a nation of head-stompers. You don’t like the looks of someone? Tackle them and stomp on her head.

Your boss says you have to work late? Tackle him and stomp on his head.

Got a case of the Mondays? Just go outside, tackle the first person you see, and stomp on his or her head. Extra points if the person is a child.

It’s Thunderdome, y’all, and I’ve got new boots: These boots were made for stompin’, and that’s just what they’ll do. And one of these days these boots are gonna STOMP ALL OVER YOUR FUCKING HEAD.

Stomp first and ask questions for an apology later. Now pardon me, I have to go buy a helmet.

[Hello there!  Thank you to John Cole for trusting me with one half of the keys to this joint.  I’ve moved in–there are tampons in the medicine cabinet and a bottle of Macallan 18 labeled “ABL” in the liquor cabinet.  You can have some, but don’t drink it all.  Seriously.  Don’t do it.  I’m not kidding.  Also, if you BJ lifers notice that I’m screwing things up, tag-wise or otherwise, please leave me a note in the comment section.  I’m a bit of a noob.  That said, I reserve the right to tell you to shove it directly up your ass.  Kisses! -ABL]