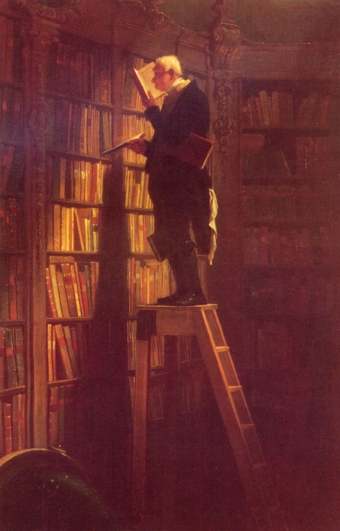 I love books, almost as much as I love authors, and have spent much of my life collecting as many of both as I could.

Frankly, however, my authors have often been a bit of a disappointment in the sack.

Not Hemingway, of course. During the years where I was undercover as Castro’s mistress (Fidel smelled like a sheep and liked to call me “Jackie”), I managed to get in a few nights with Papa on the side before he left Cuba. He was a hoot – a man of very few words, who could induce multiple orgasms without either putting down his cigar or spilling his drink.

Then I had a fling with Gore Vidal in the early 60s. Jack Kennedy seemed to enjoy Gore’s company so much that I wanted to find out what I was missing. He was fun sometimes, but I fairly quickly tired of a sex life that seemed to consist entirely of me dressing up in an army uniform while Gore wept and called me Jimmy.

I went for a spin with Anaïs Nin, but that was all a little confusing because she could never remember which of her husbands she was supposed to be cheating on when we were together.

Arthur Hailey was just hard work. He wouldn’t have sex unless he knew it was going to involve 17 people and last for three days.

More recently, I managed to seduce James Frey – before all the unpleasantness, of course. He was hung like a winkle, had no idea what to do and eventually had to pay someone else to come in and finish the job.

Hark at me, rabbiting on, when all I really wanted to do was talk about a couple of books that I have read recently.

I’ve just finished China Mieville’s new novel Embassytown. Mr Mieville has more earrings than all my grandchildren put together, but he still looks like a man I would get along with.

Embassytown is an elegantly written science fiction/fantasy novel set on a planet which humans share with the Hosts, crustacean-like beings who cannot lie, and for whom, therefore, the human facility for untruth holds a strong fascination.

Mieville’s drawing of his odd world is exquisite. As usual, he almost entirely avoids exposition – for example, the Hosts are not really described in detail and as a result the occasional references to physical features like “giftwings” or “corals” remain delightfully jarring and alien. Mieville’s imagination and facility with language here is as fine as that of Iain Banks, and his world has the stink of dust and blood that Banks’ slightly antiseptic civilizations sometimes lack.

There are big themes in this book – like how we can communicate with people whose use of language or beliefs are alien to us, and the power of language to change who we are or destroy us – but the writing is never preachy or heavy handed.

I really enjoyed it and stayed up very late to finish it.

My other pleasure this week has been rereading Titus Groan, the first book in the Gormenghast trilogy. It and Gormenghast are perfect in every way – from Peake’s ornate, comma-splashed prose to his cast of grotesques and lunatics, to the architectural madness of the castle itself. You really should read them.

Next week, I am reading our Mr Levenson’s Newton and the Counterfeiter, the first chapter of which leads me to suspect I am going to like the book very much.

What have you been reading?