You are here: Home / Healthcare / World's Best Healthcare (If You Can Afford It) / How long is it until we can leave David Brooks out on a hillside to die? 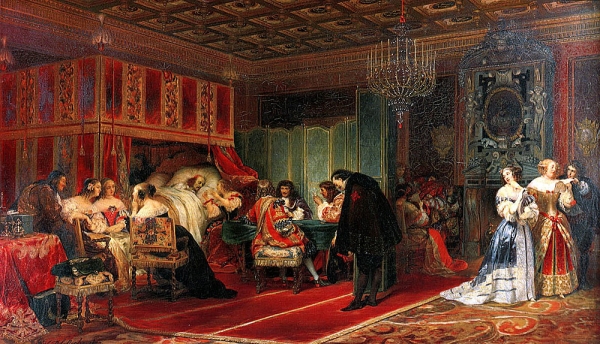 As I have mentioned before, I try very hard not to read anything that David Brooks writes, just in case my brain becomes so revolted it tries to crawl out my ears.

His most recent excresence, however, is so appalling, such a pile of unthinking horror topped off with scads of twaddle masquerading as sympathy, that I can’t leave it alone.

Obviously, we are never going to cut off Alzheimer’s patients and leave them out on a hillside. We are never coercively going to give up on the old and ailing. But it is hard to see us reducing health care inflation seriously unless people and their families are willing to do what Clendinen is doing — confront death and their obligations to the living.

My only point today is that we think the budget mess is a squabble between partisans in Washington. But in large measure it’s about our inability to face death and our willingness as a nation to spend whatever it takes to push it just slightly over the horizon.

After about ten minutes sitting in front of my computer spluttering and trying very hard (and failing) not to wish a long and lingering death on the sanctimonious pea-brain, I was lucky enough to find this wonderful response from James Ridgeway at Mother Jones which relieves me of the need to formulate rational responses to Brooks’ article:

Here’s how Brooks comes by his position: To begin with, he says: “The fiscal crisis is driven largely by health care costs.” Never mind two futile wars and 10 years of tax relief for millionaires.

Furthermore, he argues, the reason for these soaring costs is that very old and very sick people insist on clinging on to their miserable lives, when they ought to be civic-minded enough to kick off. It’s not the insurance companies, which reap huge profits by serving as useless, greed-driven middlemen. It’s not the drug companies, which are making out like bandits with virtually no government regulation. It’s not the whole corrupt, overpriced system of medicine for profit, which delivers the 37th best health care in the world, according to the WHO, at more than twice the cost of the best (France). No. It’s all about us greedy geezers. We’re the ones who are placing an untenable burden on the younger, heartier citizenry, with our selfish desire to live a little longer.

Brooks writes that “it is hard to see us reducing health care inflation seriously unless people and their families are willing to and their families are willing to do what Clendinen is doing—confront death and their obligations to the living.” And why is this so hard to see? Because conservatives like Brooks don’t believe in challenging the profit-driven health care system, and the people who pass these days for liberals lack the moxie to stand up to them.

Based on models from countries like France and Canada, we could bring about whopping savings in health care expenditures through a single payer system without rationing or compromising the quality of care. Short of this, we could opt for much more regulation and still save more money than we could by pulling the plug on every geezer in the land.

If I have any obligation to the living, it’s to leave them with a better system than we have now—one that values all human life above profits. But I know that’s not likely to happen before my death—which, if I listen to Brooks, could be right around the corner.

(a) pointing you to this Dean Baker article, charmingly entitled “Is David Brooks Really Clueless About the Inefficiency of the U.S. Health Care System?

(b) noting that you, Mr Brooks, are an irredeemable arsehole.

Thanks for this, SP&T. I was trying to summon up the strength for one more Brooks beat-down when I finally read today’s column a little while ago. And now I don’t have to.

You didn’t mention, though, what a vicious monstrous asshole he is for taking an incredibly carefully wrought, felt and thought essay by someone who knows much more of suffering than Brooks closed little mind will ever grasp—and twisting its point to exactly the opposite of what the author wrote. Brooks asks us to die for our country; Clendinen is constructing the timing and manner of his death for his own reason: to live the life he thinks worth and worthy of living, and not one moment that is not.

To get that wrong is to demonstrate one’s own unfitness—not for existing—but for any authority whatsoever.

He’s right. Clendinen’s article is truly lovely – gripping and sad and funny – and for David Brooks to use it for his own perverted ends is malicious and nasty, but sadly no more than we could expect.