You are here: Home / Science & Technology / How it works

For anyone who does not read enough Chris Mooney, I strongly endorse this thorough outline of how the climate doubt industry works at Wonk Room.

However, I have to point out that Wonk Room’s flow chart of how the business works, although accurate, also illustrates what makes the doubt business so pernicious. The graph (and the industry) is a forest of organizations, businesses, media outlets, scientists and pseudoscience institutes, political interest groups, thinktanks and so on. It dazzles you in the worst sense: the eyes defocus and your brain (at least my brain) freezes up trying to track what goes where. This is the magic of arbitrary complexity: anyone can bury a ridiculous idea in a maze of apparently credible but irrelevant stuff until it overwhelms the ability of an ordinary person to evaluate it critically. This is how the Big Mortgage Shitpile got so big – nobody would buy a mortgage written on toilet paper, so investment guys put hundreds into a box, wrote ‘mortgage’ on the side of the box with a Sharpie and shuffled around the boxes until nobody had any idea what was in each box except ‘mortgages’ in the vaguest possible sense. Yesterday Tom wrote an elegant post that showed how David Brooks stands out from less impressive conservatives like Douthat through the clever use of arbitrary complexity.

To simplify things, I tidied up the flow chart a bit: 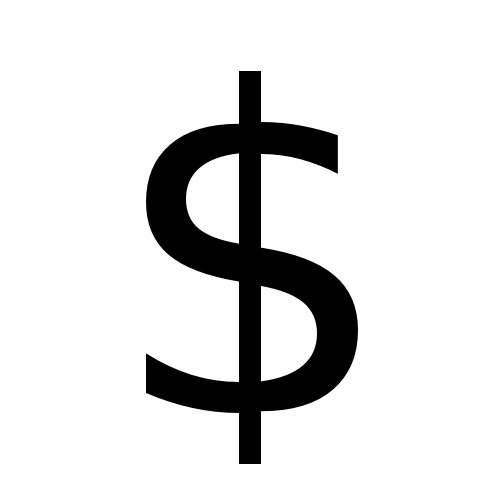 All that complicated stuff – the organizations, the scientists, pseudoscientists and cranks, interest groups and their pet politicians – comes inevitably from the incomprehensible amount of money that fossil fuel interests have invested in us burning compressed algae and dinosaur poop. Cigarette firms held public health science at bay for something like fifty years, and the $380 billion global tobacco trade fits neatly inside the $405 billion market capitalization of a single oil company.

Look, unlike a lot of people I don’t see it as inherently evil for a company to serve its shareholders. Companies do not exist to save the Earth. They exist to make money. If something threatens their cash flow then they have a rather strong incentive to make it go away. Maybe the ostrich strategy will hurt them in the long run (also: the rest of us), but these are not omniscient beings making decisions. Few of them were hired for their science knowledge nor their sense of charity. Beyond that, as Upton Sinclair used to say, it is difficult to get a man to understand something when his salary depends upon his not understanding it. If we want them to behave differently then we need to either change the economic calculus (as public shaming campaigns try to do) or else do it through public policy.

Anyhow, denying climate has an enormous pile of money at its back. Want an easy $10,000 plus travel perks? Write an editorial that criticizes the IPCC. Campaign cash? Not a problem (there goes the public policy option…). Maybe you want to start a thinktank where Ivy League legacy cases can draw six-figure slaries and build a reputation doling out rephrased press releases in conservative journals, on broadcast networks and in discussion panels that need a douchebag for “balance”. Choose a name that evokes eagles shooting apple pie machine guns and the money’s there.

On the other hand maybe you want to make a serious contribution to climate science. Get ready for years of difficult graduate study* while living on ramen and cheap beer. Graduated with your degree? Have a tenure track job? Congratulations! Now you get to compete with some of the smartest people in the world for a shrinking pool of stingy grants, crappy pay, abuse, threats and bad-faith attacks from the most powerful people in the world. Sounds like fun, doesn’t it. Or maybe you want to end a very successful public career by speaking out too aggressively about the STUPID CLIMATE METEOR THAT IS ABOUT TO SCREW UP HUMAN CIVILIZATION, like Al Gore did.

As with tobacco the glorious moneygasm only works because of the long delay between cause and effect. You would never see a doubt campaign by the punching-guys-in-the-groin industry, for example, because punching dudes in the groin hurts right now. A tobacco habit might kill you later. Epidemiology and climate science are arcane enough that a determined troll can create all kinds of confusion, even while Marlboro Men kept dying of lung cancer. It takes a long time to build up carbon in the atmosphere. Even then the ocean absorbs both heat and carbon for a while longer. Only when that slows down does the bill really start to come due, and feedback effects kick in such as methane and open water absorbing vastly more solar energy than sea ice. Svante Arrhenius figured out how warming will work in 1906, yet my local dog park will only this year become a living mat of deer ticks thanks to the hot rods that his grandkids drove fifty years ago. The worst case scenario keeps getting worse, but it always gets worse twenty or more years in the future and is therefore easy to ignore or deny. Until it isn’t, of course. But by then it is too late.

(*) I have a relevant graduate degree, among other areas of science where I have worked. I can tell you that those climate credits are some of the most painful brainwork that I have experienced. No amount of drinking will help me forget a 50-page dissertation on the bloody g0%[email protected] calcite cycle.

Previous Post: « At Least Have The Grace To Oil Up…Again
Next Post: All The World’s A Stage, But It Ain’t No Sitcom Out There »