Blogger’s note: You’ll find below that I use an anonymous source to support my attempt to dissect Someone [who] is wrong on the Internet.™  As always, anonymous sources are only as trustworthy as the writer who deploys them.  You have been warned.  (BTW — I do know that it’s cheating to do even minimal reporting on a blog post.  Sue me.)

Dr. Manhattan is one of the McArdle guests feeding the wire whilst that blog’s proprietor is preparing what will no doubt be a never-before equalled work of economic and/or culinary erudition. His is the nom de blog of someone described as “a lawyer…who represents, among others, clients in the investment industry” — a connection that may prove significant below.

Up for dissection today: his post titled “A Modest Proposal” in which he promotes the idea of killing what he alleges to be the lead culprit in the crash of 2007-8:  Mortgage Backed Securities. 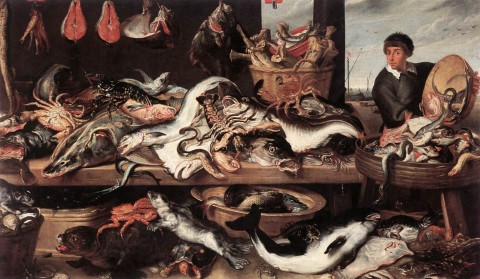 I’m not going to go full metal blogpocalypse on this, in part because life is too short, and in part because Dr. Manhattan gets props in my book for having written clearly and unequivocally against the vaccine-autism claimed link on his (now dead) personal blog — from the perspective of a parent of an autistic child.  That kind of writing in that community takes courage, so this brush with the McArdle empire will be as free of my usual attitude in that direction as I can make it

That said, here’s the passage that set me wondering about this post:

…killing MBS will likely kill the 30-year fixed-rate mortgage with no prepayment penalty, which, in the words of Raj Date, “does not flourish in the state of nature.”  And right now very few people can get one of those anyway, which is not a coincidence.

One of the benefits of hanging out at a place like MIT is that there is almost always someone around who actually knows stuff on just about any subject you’d care to check…and so it is with the economics of real estate.  I dropped a line to a colleague up the street, and got confirmation of the obvious:  the 30 without a pre-payment penalty (the clause that makes refinancing mortgages so straightforward) significantly predates the rise of mortgage backed securities (by decades).  Such mortgages start to appear in the 30s; MBS start to become significant in the marketplace after 1970.  That the end of the latter would kill the former is, as we say, an assumption not in evidence.

Oh well.  And that “very few people can get one…” claim.  I’m filing this in the life-is-too-short category to check fully, so I’ll just note that (a) 30 year mortgages remain by far the most common housing loan out there — roughly three quarters of all mortgages as of the most recent Census report (2011, on 2009 data).

Also, being as I’m someone refinancing for the third time a loan first taken out in 2009, I can in my anecdotage* attest that the no-prepayment-penalty mortgage is both alive and trivially easy to obtain.  (At least in my market, it remains the default option.)

What bothers me about this passage is just the garden variety flaw behind so much glibertarian and/or right econ blogging:  what they know** requires no actual data to confirm.  This is kind of what you’d expect at a McArdle-branded blog:  that which ought to be true need not be checked.

But the tricky bit is that plausibility is all; the moment the reader’s willing suspension slips  — then you read everything else in the piece with attenae quivering.  Hence, I was ready when I took a second look at this gem:

As it happens, I’m not operating out of my usual sea of ignorance on this point, as my current project involves a deep dive into the first debt-for-equity swap in financial history.  The key fact most often ignored from that early period of finance is that though plenty went wrong, usually in ways that, frankly, aren’t materially different from the ways folks game and/or fail to grasp the system now, the core financial act of abstracting things into numbers is an enormously useful trick.  It is, truly, an engine of wealth.  See, e.g. Adam Smith, chapter IV of Book I of Wealth of Nations on the importance of a medium of exchange; currency is just the first step in the process by which finance mediates transactions.

In that vein, mortgage backed securities are like any tool; you can build a house with a hammer; you can also crush a harp seal’s skull.  It is all a matter of the user and the constraints that user’s society places on the deployment of such tools.  As my correspondent at MIT put it, there are three clear points of vulnerability inherent in the process of packaging individual mortgages into a big clump:

1). Originators do not have skin in the game and may try to pass off bad loans as good.
2). Rating agencies are paid by the pool creators rather than the investors (who are unknown at the stage when ratings must occur).
3). Special servicing needs a better business model. (TL: I.e., those who handle troubled or in-foreclosure mortgages need to do it right, which isn’t happening)

All of these are known flaws.  All of them are subject to regulatory responses.  My interlocutor again:

Until the 100 year flood #3 was never problematic. As for #1 and #2 as long as F&F were functioning as a public entity they monitored and disciplined originators and rating agencies with bad records. 800 lb gorillas can do that.  So a huge monopsonistic mortgage conduit actually overcame the intrinsic problems with MBS – and in my view should simply be turned into a non-profit public utility!

The alternative to MBS is to return to individual loan underwriting, retention and servicing.  We could certainly choose to say hello to all that, but at a cost — not a trivial one — that in the end would make the price of money for housing detectably higher.

This isn’t a terrifically complicated idea:  from its emergence in the 18th century, the bond market has lowered the cost of capital applied to all kinds of stuff in the real world, beginning, more or less, with the British Empire.  (See, for example, the brief essay buried about 2/3rds of the way through Volume II of Fernand Braudel’s Civilization and Capitalism, which gave me my first glimpse of the role of liquid capital markets and Britan’s rise to world-power. 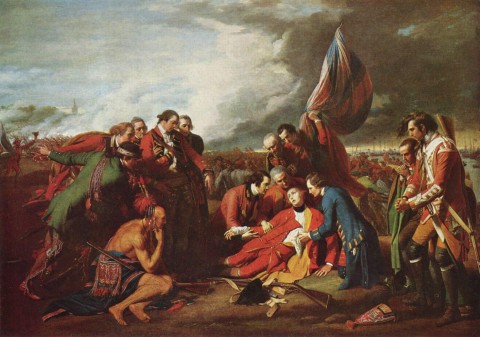 All of which is to say that the derangement of the mortgage market in the United States was indeed a major and growing problem through the ‘oughts, compounded by an ideological commitment that prevented regulation everyone with an economics IQ higher than a plant’s understood to be necessary.  But even if the collapse of the housing market provided the spark for global financial disaster, the fuel for that inferno came not from the securities constructed directly out of home loans, but from their derivatives.  And as it is in derivatives that a whale’s share of the money can be made (at least until the music stops) those on Wall St. resisted and still resist not just regulation of those instruments, but any real discussion of their significance.

But here’s the blunt reality of modern finance: the scale of the derivatives market vastly exceeds that of the real economy that underlies it.  The leverage — the number of dollars at risk  in excess of the value of the real assets from which such bets are derived — is what makes for catastrophe.  Dr. Manhattan’s airy confidence, as quoted above, that ” CDOs and credit default swaps don’t kill financial systems,” is more than wrong.  To the extent that it reflects accurately what folks on Wall St. actually believe, it’s terrifying.

Or, as my MIT wise man says, more gently:

Not sure your writer fully understands how CDO and CDS markets work, and how counter party risk is basically unmeasurable – making them horribly subject to a systemic meltdown.

I’m betting none of this comes as a surprise to anyone reading this; reality based communities tend to be able to count on both fingers and toes.  And I guess I’ve committed my usual sin of John Foster Dulles-ing what was, after all, a throwaway of a line and a thought.

But I do think it important to try to push over and over again one basic point: financial markets are essential; they fund real lives.  They are also prone to failure in ways that are unsurprising, and are, at least in part, subject to constraint by design.  To pretend that failure is at once impossible and inevitable, just one of those things (like cancer) that attends the messy business of being alive, is merely to ratify the transfer of wealth from most of us to those with their paws on the capital spigots.

Dr. Manhattan might say that he is merely directing our attention to the root cause of our ills — but it is to me notable that the instrument he wants to do away with is the one that lowers the cost of a mortgage to you and me, and those he wants leave untouched are what buys as 2008.

If it were McArdle herself who had written this, I’d add snark here.  But as I said up top, Dr. Manhattan is someone who has earned some benefit of the doubt.  He may simply have gotten this one wrong, which is a state that comes to us all; me certainly.  So I’ll leave it here….

Over to you all.

*Credit for that coinage (at least in my first hearing) to the king of the three dot columnists, the gone but by no means forgotten Herb Caen .

**In the Mark Twain sense of knowledge.

Images:  Frans Snyders, The Fishmonger, first half of the 17th century.