You are here: Home / Food & Recipes / Food / Federalism For Me And Not For Thee…Food Safety Dept.

As long as we’re talking about food….

Government by referendum is not a great way to run a railroad, IMHO.  Certainly, California voters have wandered down some deeply damaging alleys with the referendum process in that state.  (The referendum-induced 2/3rds majority required to raise taxes has been a stunning success, for example, if by success you mean rendering the world’s 8th largest economy largely ungovernable.

But there is no doubt that if you are into federalism and the return of power to the most local level possible, then it ought to be hard to find fault with the notion  that citizens of state ought to be able to decide that they want there food supply raised under certain regulatory conditions, and they want to ensure local standards of food safety.  So, who should object to this:

A California voter-approved law…requires that caged veal calves and breeding sows as well as laying hens should be able to stand up, lie down, turn around and freely extend their limbs. 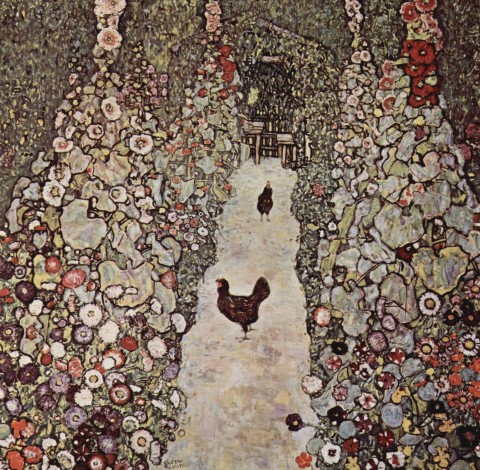 The initiative was approved by 64 percent of California voters after animal rights activists released undercover videos of strangled, deformed and mummified hens in cages.

This isn’t even that controversial among at least some of the affected producers, according to reporting at SFGate.com:

The egg industry, in a landmark agreement with the Humane Society of the United States, has embraced the hen law and enlisted Sen. Dianne Feinstein, D-Calif., to enact it nationally so that all egg producers operate under the same rules.

Other states have similar laws, but all that may change (cue the usual suspects music) if the House GOP, fronted by poster child dangerous idiot Steve King (R-salmonella) have their way:

The latest salvo came in a midnight vote in the House Agriculture Committee on an amendment to deny states the ability to regulate any farm product, potentially overturning not just California’s farm laws but animal welfare, food safety and environmental laws related to any farm product in all 50 states. [King introduced the amendment]

For just a taste of the implications, here’s a California egg farmer who supports the law:

Who needs a race to the bottom when Congress can just teleport us to the floor of the Marianas Trench?

There’s a lot more to this issue — we’ve got a pigs vs. chickens battle going on; an argument over what states can regulate that has genuine complexity and so on.  But look at what the GOP is trying to do (to be fair, along with Democrats from some ag/agribusiness heavy states): deny the ability of any state to regulate the health and safety of the food it’s citizens consume.

John’s running tagline is basically right: anyone voting Republican now and for the foreseeable future is voting to turn the United States into  Somalia.