You are here: Home / Politics / Republican Stupidity / Oooh Baby, You Are So Talented!…

…And they are so dumb.

“They” in this case refers to the mouthpiece for he whom Charles Pierce indelibly dubbed the C-plus Augustus, one Dana Perino, who complained that in some photographs of President Obama’s visit to Stonehenge, ” he’s standing alone.” 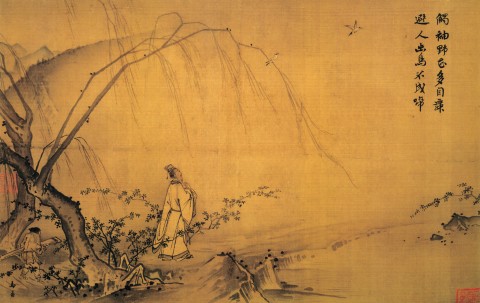 Why is  this a problem for the former White House Press Secretary, who, in that job, got to watch her boss amble past a global financial melt down?  It’s obvious!

I don’t think that’s a good optic. [via TPM]

You know what’s scariest about this latest Fox News craptasm?  Perino was actually the least insane voice in the conversation.  The other two hacktaculars on air with her were upset that Obama had the effrontery to stop by the monument at all, where as Perino, at least, thought it OK for a President to get a few minutes at the site.

But dear FSM, give me strength.  I take a couple of messages from this bit of foolishness.

First, again, Peak Wingnut lies in Cantor territory:*  it infinitely retreats, to be approached but never reached.  Second, last time I looked there were actual problems in the world, here at home and abroad as well.  Just one or two.  Our society formally locates the process of addressing such problems in our political system.  It would help if those who interpret politics for the public actually connected their analysis to anything real.

Instead, we get a Stonehengegazi.**

When future historians wonder just how it was we were able to trigger the afterburners in the power dive of our republic, the transcript of this little snippet will give them a clue.

**Saw that in a tweet. Wish I’d thought of it myself. Actually, no I don’t.