I know this is a case of chasing easy marks, but still, I laughed.

The teenagers, Kevin Nguyen, 16, and TJ Khayatan, 17, both of San Jose, had been left scratching their heads at the simplicity of some of the museum’s exhibits, including two stuffed animals on a blanket.

“Is this really what you call art?” Kevin said in an interview over the weekend.

TJ added, “We looked at it and we were like, ‘This is pretty easy. We could make this ourselves.’ ” 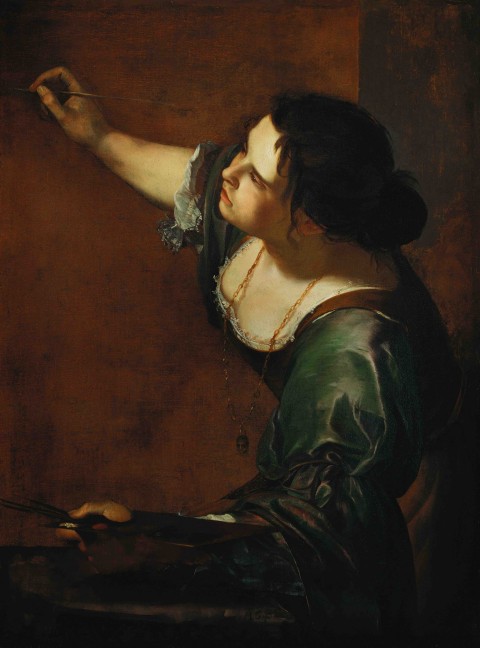 Cue the long-standing first reaction to a Pollack:  “My five year old could do better!”

Nguyen and Khayatan, however, did the hard thing: put their ambition to the test.  Theirs was no instant success:

Inspired during their visit on May 21, they experimented with putting a jacket on the floor and then a baseball cap, but neither drew attention.

Like any driven artist, the two persisted, until, the breakthrough!

Kevin then placed his Burberry glasses on the floor beneath a placard describing the theme of the gallery. He said neither he nor TJ did anything to influence museum visitors, such as standing around and looking at the glasses.

The linked article has a picture of what came next…;-)

Not that the creators could fully appreciate their success. One does have to sacrifice for art:

Within about three minutes, people appeared to be viewing their handiwork as bona fide art, though Kevin said that without his glasses, he could not see what was happening too well.

Give SFMOMA credit, though, for a sense of humor about the matter: 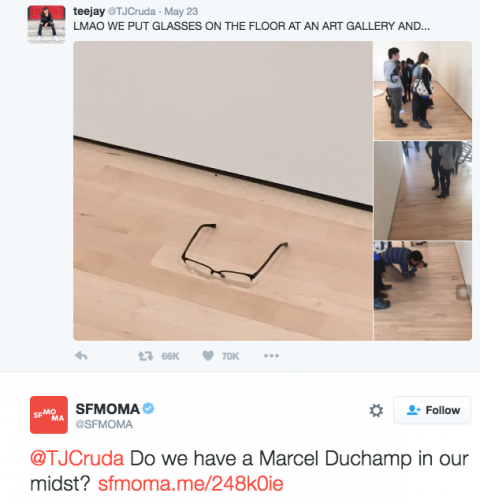 That would be a reference to this, I believe (as does the NY Times…)

Anyway — good times!  And nothing to do with the ferret headed weasel (a sphinx for our times!), the senator from the north country, nor the lady whose nomination must not be acknowledged.  So I guess this makes it another politics free open-thread.  Have at it.

*Well.  Actually…they are, in exactly the sense that Magritte argued that his pipe was not.

Image: Artemisia Gentileschi, Self-Portrait as the Allegory of Painting, between 1638 and 1639.