I’ll leave it to the more knowledgeable among us to dissect (looking at you, Adam…). But the greatest hits are about what I’d expected.  Iraq’s off the list as we owe too much to too many there.  The other six countries from the original order remain, though the specific restrictions are a little different than in Fear The Furriner version one.  Here’s The Washington Post‘s take:

President Trump signed a new travel ban Monday that administration officials said they hope will end legal challenges over the matter by imposing a 90-day ban on the issuance of new visas for citizens of six majority-Muslim nations, authorities said. 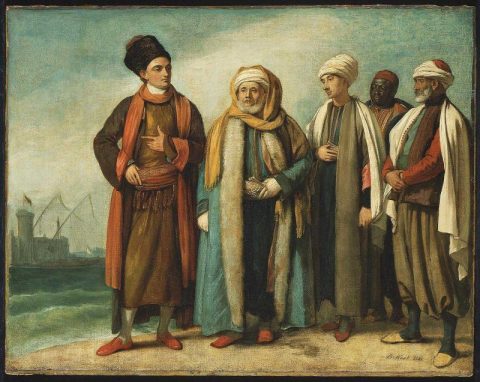 In addition, the nation’s refu­gee program will be suspended for 120 days, and it will not accept more than 50,000 refugees in a year, down from the 110,000 cap set by the Obama administration.

The goal is obviously to deliver some red meat to the Trump base while sliding past inconvenient judicial reality tests. Trumpistas are already suggesting that the administration should not have to justify the order in court, despite evidence that there is no net national security gain from a Muslim ban:

A Department of Homeland Security report assessing the terrorist threat posed by people from the seven countries covered by President Trump’s original travel ban had cast doubt on the necessity of the executive order, concluding that citizenship was an “unreliable” threat indicator and that people from the affected countries have rarely been implicated in U.S.-based terrorism.

The Department of Homeland Security official, speaking on the condition of anonymity, criticized the report as being incomplete and not vetted with other agencies, and he also asserted the administration should not be pressed by the judiciary to unveil sensitive national security details to justify the ban.

“This is not something that the Department of Justice should have to represent to a federal-district court judge,” the official said.

Image: Benjamin West, The Ambassador from Tunis with His Attendants as He Appeared in England in 1781, 1781

Previous Post: « Mr. Comey, In Some Difficulty
Next Post: Trumpstunting Open Thread: Literally Trying to Hand-Wave Away the Lies »