You are here: Home / Gun Issues / Gun nuts / The Tree of Liberty…

Nearly 1300 children die and 5790 are treated for gunshot wounds each year. Boys, older children, and minorities are disproportionately affected. Although unintentional firearm deaths among children declined from 2002 to 2014 and firearm homicides declined from 2007 to 2014, firearm suicides decreased between 2002 and 2007 and then showed a significant upward trend from 2007 to 2014. Rates of firearm homicide among children are higher in many Southern states and parts of the Midwest relative to other parts of the country. Firearm suicides are more dispersed across the United States with some of the highest rates occurring in Western states. Firearm homicides of younger children often occurred in multivictim events and involved intimate partner or family conflict; older children more often died in the context of crime and violence. Firearm suicides were often precipitated by situational and relationship problems. The shooter playing with a gun was the most common circumstance surrounding unintentional firearm deaths of both younger and older children. 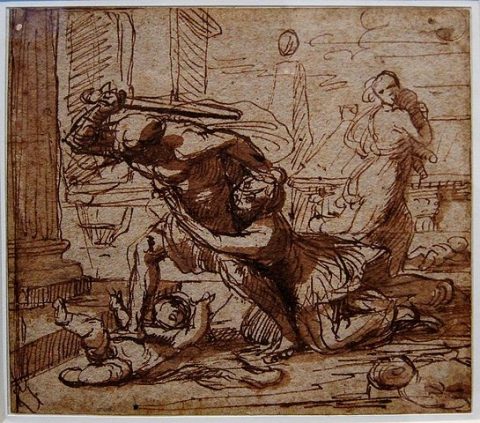 Guns kill kids. That baseline number, almost 1300 kids every twelve months, is more than a 9/11 every three years.

Guns don’t just kill kids; they are a leading cause of death for children and teenagers.  The data in the chart below don’t perfectly line up, as it doesn’t break out gun homicides and suicides from the overall rates by all methods, but still here are ball park figures.

(To weight those numbers, the FBI reports that as of 2014, roughly two thirds of all murders were committed with a gun, and the CDC reports that guns are involved in about half of all suicides.  Childhood figures may weight more towards firearms for a couple of reasons, but I haven’t dived into the data and I’m not a domain expert, so value that opinion as you will.)

In any event, it doesn’t take much to see this as a peculiarly American evil.  In the discussion section of the paper quoted above:

International studies indicate that 91% of firearm deaths of children aged 0 to 14 years among all high-income countries worldwide occur in the United States, making firearm injuries a serious pediatric and public health problem in the United States.14

Nineteen kids a day, killed and wounded, and the Republican Party is completely on board with that.

We all knew that of course; now we’ve got numbers.  What will this nation do with this newly quantified knowledge?

Nothing: the slaughter of American children will continue until the tree of liberty swallows us whole.

ETA: On a moment’s reflection, that’s too damn depressing even for me.  Eventually this country will get sick of self-murder. I hope that day comes sooner than I’m thinking now.

Image: Nicholas Poussin, The Massacre of the Innocents, (drawing for this painting) c. 1628-9

Previous Post: « Paul Ryan Has A Challenger: Randy “Ironstache” Bryce
Next Post: The summary of the Senate AHCA »