You are here: Home / Climate Change / A Job Well Done 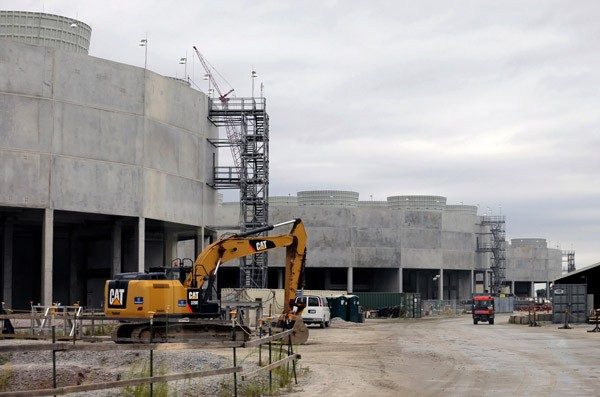 Two South Carolina utilities are abandoning two unfinished nuclear reactors, half of the new reactors being built in the United States today. A decision on the other two will be made later this month. The South Carolina project is far behind schedule and far over projected costs, the recurring story of civilian nuclear reactor projects in the United States. China and Russia seem to be doing better with reactor-building, but their state-run companies can cook the books in ways that private companies can’t.

Nuclear power has been floundering for some time. Low prices for natural gas have undercut existing reactors, which are being closed. But nuclear looks like it should be a part of a future in which carbon dioxide emissions must be limited. Many people can be credited with its failure.

The contractors who cannot build nuclear plants on time and within budget. Special mention for lowballing their bids and failing to meet quality control requirements.

The utilities that cannot contract or manage the building of nuclear plants.

The financiers who have botched their judgments of the projects.

Proponents of nuclear power. The strategy of competitive parading of one’s knowledge, parochial defense of a single system against all others, and unthinking opposition to wind and solar have been tremendous public relations successes.

Opponents of nuclear power. Spreading incorrect information and confusion instead of clearly delineating actual problems with nuclear power has made the public dumber.

Reporters who can’t be bothered to learn middle-school science.

The schools that didn’t teach it.

The Department of Energy and its predecessors. From a major misjudgment by a Rickover protégé through continuing confusion as to its role relative to the national laboratories and wildly varying support for nuclear energy, these agencies at best have been a neutral influence on commercializing nuclear energy.

Congress. Ever-increasing micromanagement of budgets, bending to lobbyists without a clear plan, and, since the mid-1990s, continuing resolutions rather than thought-out budgets make long-range plans impossible.

The national laboratories. Replacing their role as national resources for nuclear issues with a university model of individual investigators, but with more fighting over resources and overhead has diluted what they can contribute to the development of nuclear power.

Particular thanks to those who have assembled studies showing their favorite type of energy to be the most economically favored.

Good job, all! Your participation trophies are in the mail.

It’s possible that the new small modular reactor companies will be able to develop usable nuclear power, but it is an uphill battle.