Set aside the fact that criminals don’t obey any law. Set aside too the fact that even if all firearms could be magically disintegrated by appropriate legislation, the murderous would simply use other more time-tested methods of killing. It should not be forgotten that some 7000 were killed in a single day at the Battle of Hastings in 1066 using the available hand weapons, which did not include firearms. At the Civil War battle of Gettysburg in 1863, both sides suffered approximately 51,000 casualties in three days of fighting using primarily single shot, breech loading rifles and muzzle loading cannon quite crude by contemporary standards. Some 5000 horses were also killed. The problem, in 1066, 1863 and today is human nature, not the tools employed.

I, for one, think that high capacity magazines should be banned so that I can start killing people with my trusty blow dart without fear of high capacity reprisal.

[Silliness after the jump]

END_OF_DOCUMENT_TOKEN_TO_BE_REPLACED

Plain and simple: Gun Control and Shut Up, Sarah1

Remember that dude who shot his TV because, among other reasons, he doesn’t like Palin, Bristol? (I wrote about him here.) Well, Palin, Sarah mentioned that dude in passing in remarks before Safari Club International in Reno, NV this weekend.

Sarah blathered on to the Safari Club: Non-real Americans are gunning for your guns; and you better keep your eye on the White House because librulz are totally taking your guns while you sleep gunless; and Tucson really sucked because librulz took all your guns and burned them at a gun(bon)fire while a bunch of hippy onlookers played drums. Although, the discussion seems to be focused on getting assault weapons with high capacity magazines off the street, and therefore of little relevance to the muckity mucks at the Safari Club, that didn’t stop Sarah from putting the fear of a Gunless Existence in them. (If any of you Safarians are hunting big game with assault weapons, I’m pretty sure UR DOIN IT RONG. )

After fearmongering for a while, Sarah Palin brought it home with some of her Wasilla-style folksiness:

“Here’s how I figure it. Remember that weird guy in Wisconsin was so angry, so upset, watching a Palin win slot after slot each week on Dancing with the Stars that he shot Bristol through his TV? He blasted his Panasonic? Well, I’m thinking, ‘Imagine more gun control. Then he’d have to attack his Panasonic with a butter knife.'”

Meanwhile, Michael Bloomberg’s latest sting operation (Gunshow Undercover) demonstrates just how easy it is to purchase a gun in Arizona without a background check:

The investigation came just weeks after a Tucson shooting that killed six people and injured 13 others.

Bloomberg, at a news conference at City Hall, showed several undercover videos of illegal gun sales — including one that showed a “buyer” purchasing an extended magazines like the one allegedly used by Jared Lee Loughner — an at the Phoenix gun show last week.

Loughner, 22, is the man arrested for shooting and injuring Rep. Gabrielle Giffords during a meet-and-greet with voters three weeks ago outside a Tuscon supermarket.

“We have demonstrated how easy it is for anyone to buy a semiautomatic handgun and a high capacity magazine, no questions asked,” said Bloomberg. “This country must take two simple steps to stop more of the 34 murders that occur with guns every day — make every gun sale subject to a background check, and make sure the background check system has all the required records in it.”

So, to sum up: While folks are trying to figure out a way to keep high capacity automatic weapons off the street in order to curb gun violence, Sarah Palin and Tall is cracking jokes about guns and people with mental health issues using guns to do crazy shit (the dude in Wisconsin was bipolar), and all of this less than a month after the Tucson shootings. Klassy.

She needs to fire her handlers and speechwriters. She’s sounding more and more like a fool with each passing media appearance.

[Video after the jump]

END_OF_DOCUMENT_TOKEN_TO_BE_REPLACED

And I forgot about Chuck again and will have to watch it On Demand.

I really need to start thinking about more than the Steelers.

END_OF_DOCUMENT_TOKEN_TO_BE_REPLACED

Among the very oddest things about the Washington Post editorial page is Charles Lane’s obsessive hatred of electric cars. The Washington Post search feature only lets you go back 60 days, but I estimate he’s complained about them at least five times out of his past 12 blog posts and opinion pieces (the others were bashing Seymour Hersh, arguing that HCR is unconstitutional, and bashing unions, etc.). The latest contains such authoritative pronouncements as this:

Plenty of motorists ran out of fuel in Wednesday night’s mega-jam. But my hunch is that electrics would faced similar problems or worse.

Are electric cars such a threat that the Washington Post editorial board should assign one of its members to write exclusively about and against them?

END_OF_DOCUMENT_TOKEN_TO_BE_REPLACED 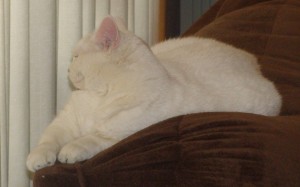 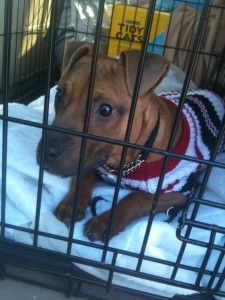 Click here to donate directly to Charlie’s Angels Animal Rescue (they accept paypal!), or visit the Balloon Juice store and pick out an item or two- all proceeds go to Charlie’s Angels. Your help saves animals, and unlike a lot of charities, I can assure you that every single penny these ladies at CAAR get is spent on the animals.

END_OF_DOCUMENT_TOKEN_TO_BE_REPLACED

I’ve been saying this for a while, here’s more evidence:

A federal district court judge in Florida ruled today that a key provision in the new health care law is unconstitutional, and that the entire law must be voided.

Roger Vinson, a Ronald Reagan appointee, agreed with the 26 state-government plaintiffs that Congress exceeded its authority by passing a law penalizing individuals who do not have health insurance.

END_OF_DOCUMENT_TOKEN_TO_BE_REPLACED

Long report on Manning’s mental and physical state that included this nugget:

Manning had seen Harold Ford’s appearance on Meet the Press and thought that his observations were compelling.

Can we all at least agree that forcing Manning to watch Meet the Press with Harold Ford constitutes a form of torture?