You are here: Home / If You Voted for Obama, You Probable Are On Food Stamps and Like Free Stuff 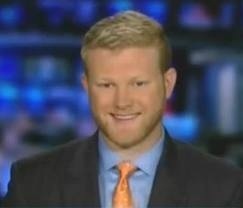 The bizarre fantasies that conservatives will concoct in order to ignore the fact that We the You People rejected their Randian utopia has officially reached Level Ridiculous, with this gem from some fresh-faced assclown who writes for CNS News and calls himself Ron Meyer:

If all 47 million food stamp recipients voted for President Obama, it would account for 75.4 percent of Obama’s 62.3 million votes.

Not everyone on food stamps votes or votes Democrat (and no one polls this subset of the population), and I don’t want to overstate the effects of the growth in welfare.

If citizens vote in their own personal, short-term interests, with 49 percent of the population receiving some sort of federal aid, Republicans will never win another election. Thankfully many of those 49 percent are elderly voters who want a bright, debt-free future for their children.

In fact, conservatives should take heart that this election was as close as it turned out. It means that at least some of those receiving federal aid are open to conservative anti-poverty ideas.

While liberals throw federal money at voters, conservatives must offer them something more substantial. It’s tough to beat politicians handing out free stuff, but we have to hope that careers and purposeful opportunity will appeal to American’s ethos.

Got it? In pursuit of his dream to plant his Randian flag into the sweet earth somewhere in the “every man for himself” land of milk and honey, Meyer laments that if all the hapless assholes who receive some sort of federal aid continue to vote what’s in their short-term interest, instead of what might be good for them in the never-gonna-happen event that they somehow move from the 47 percent to the 1 percent, then Republicans are never going to win another election. Ever!

But it’s not the GOP’s fault! And it wasn’t Mitt Romney’s fault either! Blame the moochers. Blame the 47 percent. Blame the sewage-dwelling swine-lords who shuffle through the underbelly of our society trading stamps for low-grade high-fructose food and foraging for scraps left for them by their Galtian betters.

But most of all, blame Obama and those damn dirty fascist Demonrats who bribed uppity youngsters with promises of government-subsidized book learnin’; bribed unmarried sluts with promises of guilt-free contraception-laden whoredom; and bribed Mexican anchor babies with promises of a fair opportunity to not get rounded up and deported.

Republicans didn’t lose, you see — they were tricked. They got cheated out of what is rightfully theirs. Nothing is their fault — it’s the fault of Democrats, liberals, and progressives, all of whom are nothing but communists handing out free stuff to poor bastards. What were these poor bastards to do in the face of such socialist charity? The temptation of “free stuff” is too much to bear when one spends one’s life eating Doritos Locos Tacos and trying desperately not to shit oneself.

Of course they were going to vote for The Black Socialist.

Which brings me to the following:

According to Mitt Romney, you were reelected only because you gave “big gifts” to young voters, blacks, browns, and bitches. At all times, I am at least half of those things — AND YET I HAVE NOT RECEIVED ANY FREE SHIT.