Big reason why Cruz is struggling: reputation among GOP voters has collapsed in 7 weeks. https://t.co/r1ChGoEKIU pic.twitter.com/CTqY77BZPU

Sessions endorsement is an absolute kidney punch for Cruz. He frequently cites his team-up with Sessions on immigration.

If Sessions thought Cruz could win, he wouldn't be making this endorsement. That's the message here.

As he's done throughout the day, Cruz says he believes he and Trump will take a "big chunk" of delegates tomorrow + others won't come close.

According to the Texas Tribune, Cruz might not win his home state tomorrow, although of course he’s conceding nothing. Donald Trump is riding high, the GOP “Establishment” has chosen Rubio as its Official Not-Trump Candidate, but short of assassination Ted Cruz will never go away.

As a lazy blogger, I’d say he’s got too much invested in his old man’s phantasy of Ted Cruz, God-King come to save America from Satan and his liberal minions… not to mention the sweet grift available to any semi-plausible national candidate in this weird election cycle. Bloomberg Politics has a more pedestrian explanation of “Why Ted Cruz Probably Won’t Drop Out, No Matter What”:

Ted Cruz has had a disappointing few weeks since winning the Iowa GOP caucuses. He was outshone by John Kasich in New Hampshire. Then he lost South Carolina to Donald Trump, a state rich in the conservative evangelical voters who were supposed to be his ticket to the nomination, before placing third in Nevada’s caucuses. Cruz was overshadowed by Marco Rubio in Thursday’s debate. And talk is rife on cable news that he soon could, and probably should, drop out of the race.

But dropping out would violate the logic of Cruz’s whole political career. And anyone acquainted with his character and ambition should probably assume, as I do, that he won’t. Although his odds of winning the nomination are long, Cruz is bound to do what’s best for Cruz…

Read the whole thing, but: Ted’s in it for Ted, not ‘principle’ or ‘the good of the party’; he’s made so many enemies within that party he knows they won’t offer him any sweeteners if he does quit, but hanging in until the convention might give him leverage; worse comes to worst, a full-scale ‘practice’ run might be useful in the future…

… It’s very possible that, if he becomes the Republican nominee, Trump would get shellacked in November, setting off a period of anguished introspection for the party. Conservatives would vow never again to nominate a non-conservative for the highest office. “This is Ted Cruz’s ace card,” says Steele. “Going back to 1996, conservatives in the party have always felt that we’ve lost these presidential contests because we’ve not been true to the cause by nominating someone who will fight for the cause.”

For a large segment of the party, the savior would be obvious. And Cruz, having never wavered, would find himself right where he wanted to be, once he realized, in March 2016, that he wouldn’t be the 2016 Republican nominee: at the front of the pack to challenge Hillary Clinton in 2020.

Just in case you needed to feel any worse about the future of our battered republic.

END_OF_DOCUMENT_TOKEN_TO_BE_REPLACED

Lotsa people seem to be enjoying this. I don’t think it’s the best Oliver has ever done — too long, for one — but then, as an old lady who knew the backstory, I’m not his target audience, either.

What say you commentors?

END_OF_DOCUMENT_TOKEN_TO_BE_REPLACED

And a KKK approved front runner. Weird how things work out sometimes. https://t.co/4h3yij8m3k

END_OF_DOCUMENT_TOKEN_TO_BE_REPLACED

If the US presidential elections seem like a clown show, let's train better and authentic journalists. Pledge today:https://t.co/ASQhix0YMB

Or, to tie it to last night’s Oscars: If you approved Spotlight‘s Best Picture win, here’s a small concrete way to support the hard work of genuine journalism.

END_OF_DOCUMENT_TOKEN_TO_BE_REPLACED

Minnesota and New York are getting to the levels of universal coverage that most European nations have. They are tweaking their systems and prepping waiver requests to extend coverage to currently excluded populations and improve affordability.

And then we have Texas (via the Texas Tribune)

For the first time in more than a decade, Texas’ uninsured rate dipped below 20 percent, analysts said Wednesday following the release of U.S. Census data.

Slightly more than 5 million Texans were uninsured in 2014 — a 700,000 decrease from the year before. That represented a 3-point dip in the percentage of Texans without health insurance, to 19 percent — the largest gain in health care coverage in Texas since 1999, according to the left-leaning Center for Public Policy Priorities….

the Census sampling, known as the American Community Survey, lends new credibility to earlier claims that Texas continues to lead the nation in the raw number — and rate — of people without health insurance.

We have a framework that can reduce the ranks of the uninsured to near OECD (Organization of Economic Cooperation and Development — the industrialized countries of the world) standards.  It can be implemented and it can work.  It mainly requires political elites to give a shit.

END_OF_DOCUMENT_TOKEN_TO_BE_REPLACED

Thomas stunned the courtroom by speaking up during a low-profile case involving a federal law that bans people convincted of domestic violence from owning a gun. Thomas asked whether conviction for breaking any other law suspends a person’s constitutional rights.

Thomas stopped Assistant Solicitor General Ilana H. Eisenstein just as she was about to stop presenting her case.

Hardly worth the ten year wait.

END_OF_DOCUMENT_TOKEN_TO_BE_REPLACED

Mysterious object in the night sky? 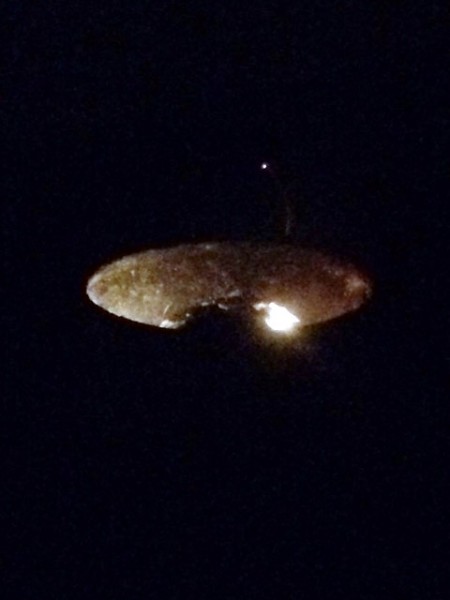