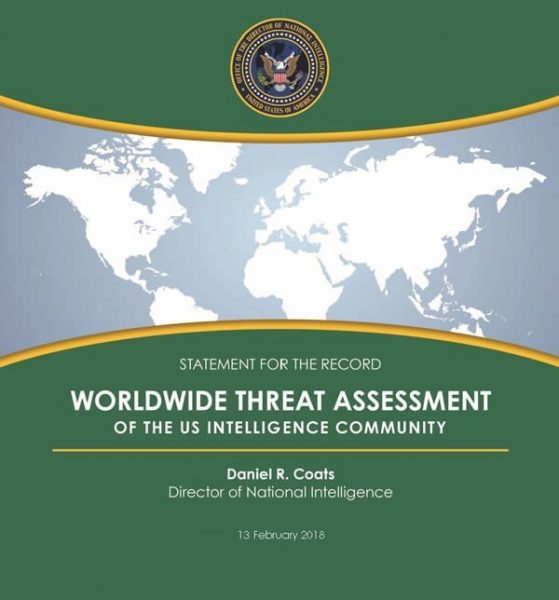 I’ve had a running (good-natured) argument with other nuke nerds on Twitter about the President’s delusions with regard to North Korea. His tweets and much of the administration action and speech, particularly Secretary of State Mike Pompeo’s, seem to revolve around an assumption that Kim Jong Un is ready to give up his nuclear weapons.

However, every official statement from North Korea says otherwise. Kim sees those nuclear weapons as the foundation of his country’s security from meddling by outside powers. North Korea has long used the word “denuclearization” to indicate a state in which they no longer fear attack and thus can give up their nuclear arsenal.

This disjunction is dangerous. It appears that Kim is playing Donald Trump, and Trump is responding. It may mean that Trump will give up alliances with South Korea and Japan for meaningless actions from North Korea. It may mean that at some point he will recognize the disjunction and feel that he has been betrayed by Kim and will allow John Bolton his desire for a war.

The nuke-nerd argument is over when and how Trump’s betrayal or disillusionment will occur. I have argued that he can go for a very long time indeed. That is based on his ability to hold beliefs contrary to reality for some long time. Now we see that that characteristic extends across many policy areas.

The commonality is Trump’s gut. He is smarter than anyone; he has the best brain. He is not bound by mere facts or the intelligence agencies. And he will hold that belief for a very long time.

The central principle is that Trump is the best president ever and that everyone bows to his will. He is also the best negotiator ever. Barack Obama was wrong in everything he did as president. When you look at Trump’s tweets and actions through this frame, they are quite consistent.

Trump this morning: When I became President, ISIS was out of control in Syria & running rampant. Since then tremendous progress made, especially over last 5 weeks. Caliphate will soon be destroyed, unthinkable two years ago.

Trump this morning: Negotiating are proceeding well in Afghanistan after 18 years of fighting.. ….Fighting continues but the people of Afghanistan want peace in this never ending war. We will soon see if talks will be successful?

Reality: Ending the war in Afghanistan is a good thing. Reports I see are that the United States is giving up a lot.

Trump this morning: North Korea relationship is best it has ever been with U.S. No testing, getting remains, hostages returned. Decent chance of Denuclearization……Time will tell what will happen with North Korea, but at the end of the previous administration, relationship was horrendous and very bad things were about to happen. Now a whole different story. I look forward to seeing Kim Jong Un shortly. Progress being made-big difference!

Intelligence assessment (from the DNI’s statement): North Korea has not conducted any nuclearcapable missile or nuclear tests in more than a year, it has dismantled some of its nuclear infrastructure, and Kim Jong Un continues to demonstrate openness to the denuclearization of the Korean Peninsula.…we currently assess that North Korea will seek to retain its WMD capabilities and is unlikely to completely give up its nuclear weapons and production capabilities, because its leaders ultimately view nuclear weapons as critical to regime survival.

Trump this morning: If the committee of Republicans and Democrats now meeting on Border Security is not discussing or contemplating a Wall or Physical Barrier, they are Wasting their time!

The southern US border is not mentioned in the intelligence assessment as any kind of danger.

Trump this morning: The Intelligence people seem to be extremely passive and naive when it comes to the dangers of Iran. They are wrong! When I became President Iran was making trouble all over the Middle East, and beyond. Since ending the terrible Iran Nuclear Deal, they are MUCH different, but……..a source of potential danger and conflict. They are testing Rockets (last week) and more, and are coming very close to the edge. There economy is now crashing, which is the only thing holding them back. Be careful of Iran. Perhaps Intelligence should go back to school!

The Iranian regime will continue pursuing regional ambitions and improved military capabilities, even while its own economy is weakening by the day.

Domestically, regime hardliners will be more emboldened to challenge rival centrists and we expect more unrest in Iran in the months ahead.

We expect Iran will continue supporting the Huthis in Yemen and Shia militants in Iraq, while developing indigenous military capabilities that threaten US forces and allies in the region.

Iran maintains the largest inventory of ballistic missiles in the Middle East.

And while we do not believe Iran is currently undertaking the key activities we judge necessary to produce a nuclear device, Iranian officials have publicly threatened to push the boundaries of JCPOA restrictions if Iran does not gain the tangible financial benefits it expected from the deal.

Its efforts to consolidate its influence in Syria and arm Hizballah have prompted Israeli airstrikes; these actions underscore our concerns about the long-term trajectory of Iranian influence in the region and the risk of conflict escalation.

What Trump has said today, he has said many times before. He does not believe the intelligence community when it disagrees with his glorification. In the areas in which he is intervening, the progress is great and good. He probably could sustain this kind of fantasy in his business life, because he had toadies whose job it was to make things go well. Still, he had six bankruptcies.

The presidency is open to public eyes. Other agencies of the government require factual input for analysis. We can all see that Trump’s gut is diverging from reality. That is a recipe for several types of disaster, but, for now, Trump seems to be robustly resistant to reality.