I’ll be curious to see if John Bolton shows up when he gets his subpoena and also if he actually throws Trump under the bus or just makes up stuff that supports Trump’s positions. It would be funny if he threw Trump under the bus and then Tucker and John Woo Yoo called him a liberal traitor. But no matter what happens, we know that in the diners and bars of Rust Belt America, Trump will be as popular as ever.

With the vote on impeachment coming up, let’s try to hit our targets for the Balloon Juice House Fund, which is split among the 17 most vulnerable Democratic incumbents. 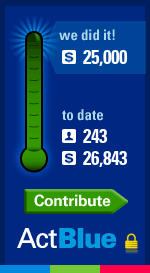 Previous Post: « Contempt For Democracy All The Way Down
Next Post: Open Thread: Occam’s Razor Suggests He *Is* That Dumb… »