You are here: Home / Pet Blogging / Cat Blogging / I Completely Suck. Have Some Champ As An Apology. Tikka Too

It must be said: I suck as a front-pager these days.

Many people have had much worse rides, but it’s been a tricky few months/years for yours truly here in the Hub of the Universe .  And thanks for the communal sympathy for the one bit I shared about our family cabins when they were in imminent danger.  That all ended as expected, alas, and not well: 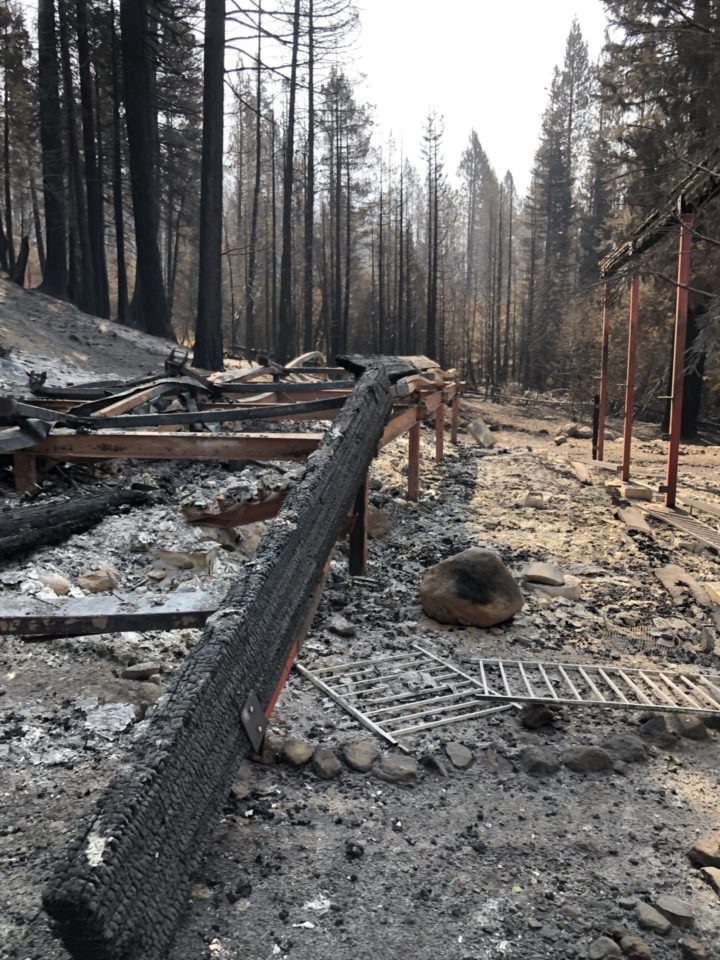 That’s what’s left of the larger of the two cabins. The fire burned so hot that the septic tank melted; the county has been informed, and we’re pumping out the hazard as soon as a truck can get in there.

It could be so much worse. Thankfully, no fire fighters or other disaster personnel were hurt while working to save ours and other cabins in the valley; these were summer-only houses, and fire is part of what happens when one chooses to spend time in remote country. (Also, thankfully, not all the houses in the valley burnt. Which is good for our friends and means, inter alia, that the landscape isn’t wholly charred.)

So that’s a part of the reason why I’ve been essentially absent from this site for too long. There’s some other stuff going on which may keep my presence here to a (satisfying to some, I’m sure) minimum.  But I hope to take a more active part; we’ll see.

In the meantime, as an apology, take a gander at some great felines:

Here’s Champ, just this evening, objecting as I swapped the chicken that had been in harm’s way for the kale: 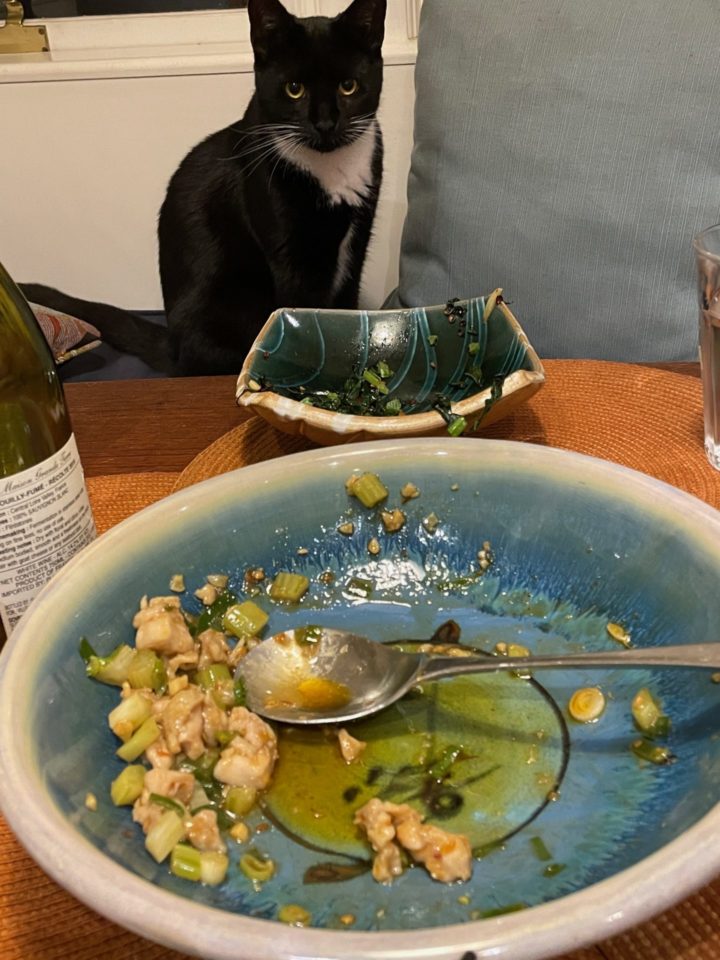 And here she is, a mathematical cat, dreaming of topology: 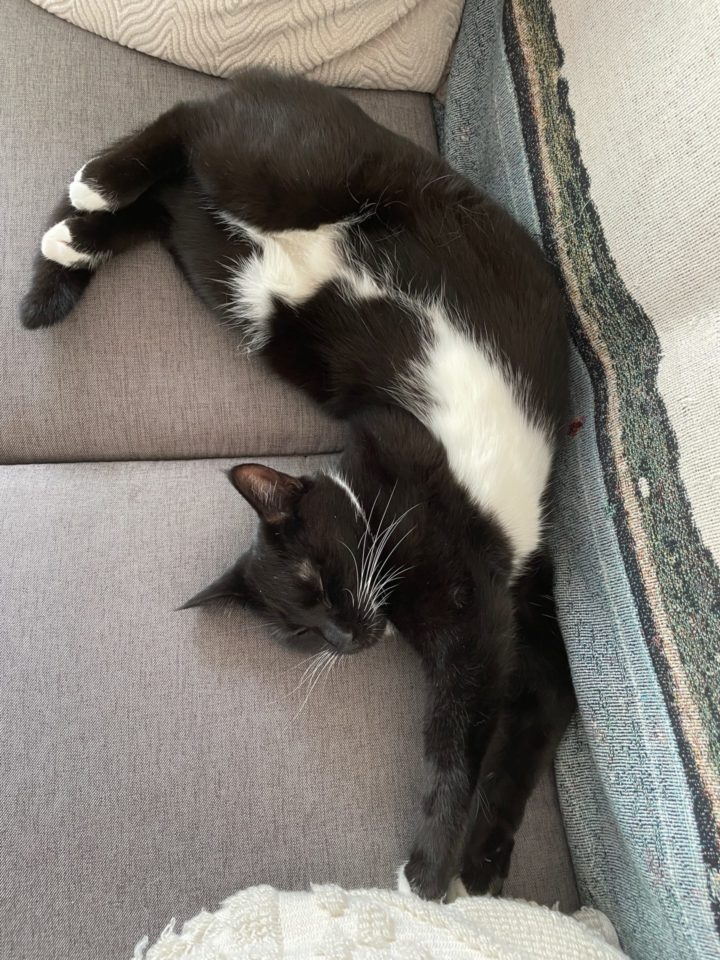 And here’s the cat I serve, Tikka, in his Robert Louis Stevenson moment: the sailor, home from the sea (and no mean hunter, back in the day). 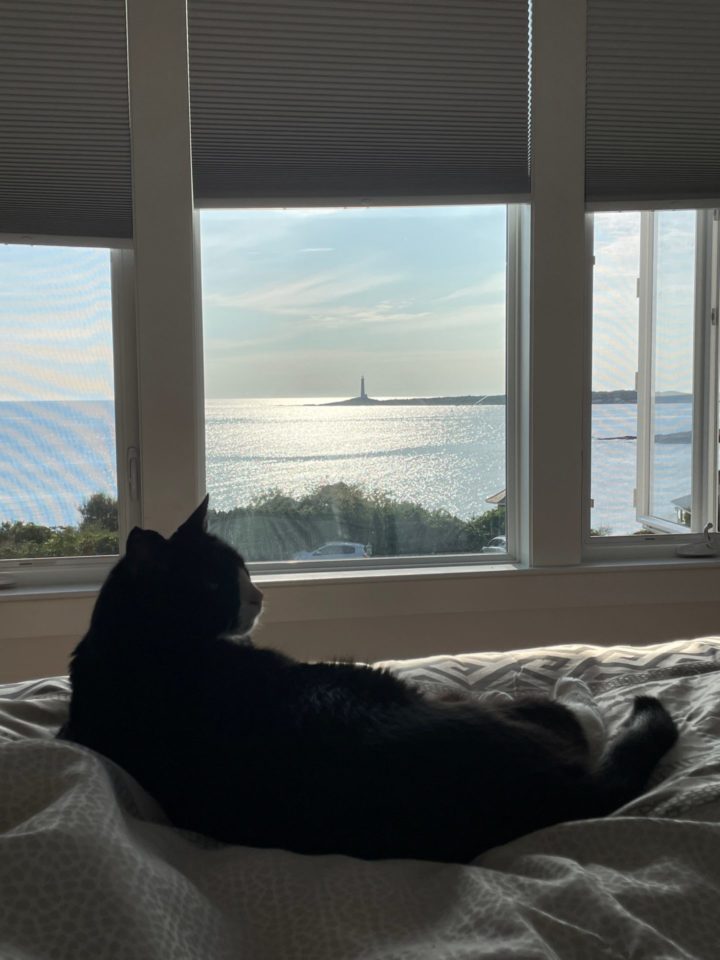 (That was at a holiday house we got to enjoy for a week at the end of August. It was a long enough sojourn that we took the cats. Champ loved it from the moment we unpacked her from the car. Tikka took a couple of days before he’d get out of the drawer he’d found to hide in. He’s an old Spaniard, as Stephen Maturin would describe him: “Let no new thing arise.”)

And last, here’s the boss cat in all his dignity. He is saying, as he so often does, “friends don’t let friends vote Republican”: 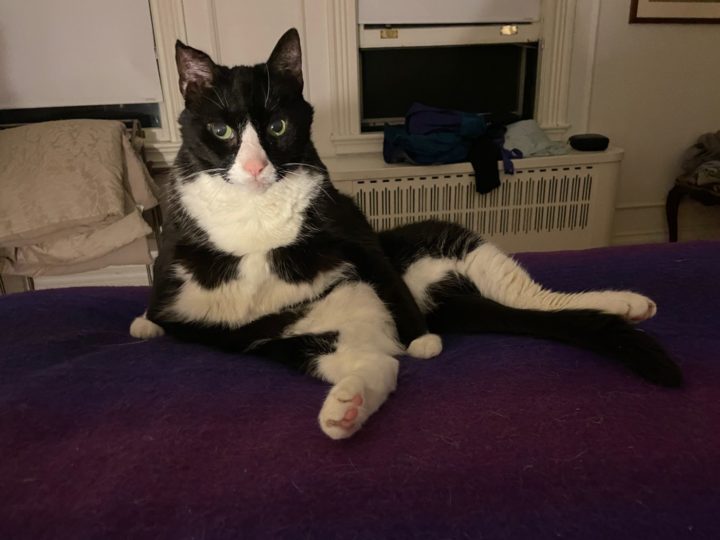 And with that, ave et vale.  I hope to be a better citizen of the blog soon. In the meantime, the thread is open.