I heard through the grapevine that from now until election results are known, some folks need some extra respite. I’m here to oblige.

Friends and family all sent me this, so I have to share. Trixie has been showing signs of a false pregnancy and I’m grateful her symptoms have subsided without us having to add to our brood. She’s scheduled to be spayed in Dec (when I’ll be home for the entire month for her recovery). It’s a bit early, but she’s had a difficult time with her hormones since she was about 6 months, so early seems prudent. For those that don’t know, large breeds need to be at least a year, preferably 18 months before they are neutered – they need those hormones for bone and joint health.

Let me tell you, those last 6 months are very challenging. Very. Challenging.

And here’s another Dane being an awesome foster…

Bixby was great with fosters. My friends’ fostered puppies after they lost their dog and weren’t ready to adopt yet. When each litter was ready, we’d bring Bixby over, and he would do his thing. And his thing was giving these little ones confidence. He would let them play on him, chase him, and when they would attack him, he’d roll over like they’d conquered the intruder. For most, it was what they needed to become more outgoing and, thus, more adoptable. And I had a good time, too. Puppies! 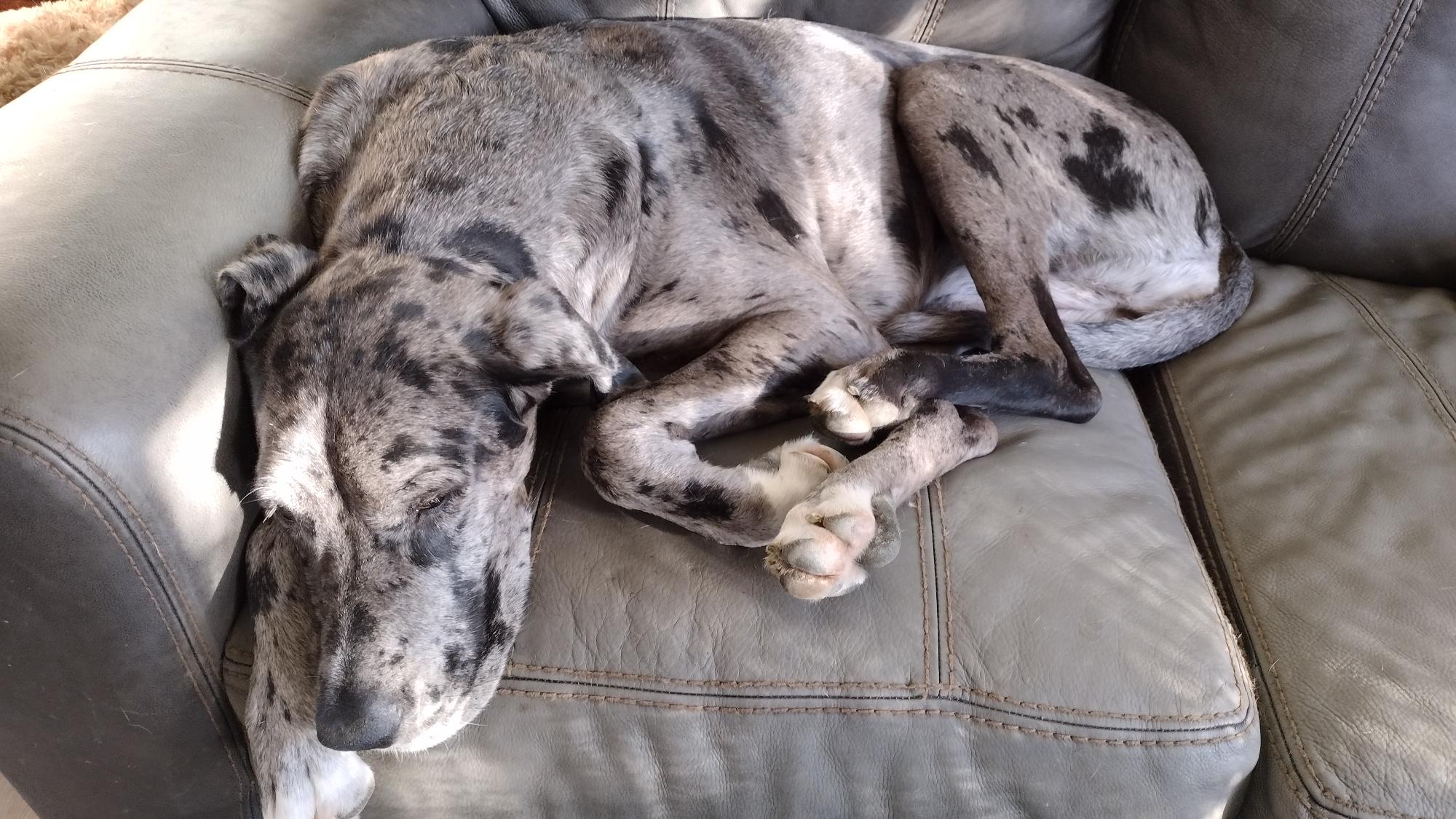 Scout pretending I’m not there. (And thanks to Watergirl for solving the mystery of how to get the photos to enlarge, click to embiggen).

I gave the dogs beef bones yesterday. The first time since Jasper arrived. I was concerned about disagreements but had the time yesterday to supervise. Jasper behaved himself like the gentleman that he is, and it was clear from his joy, he had never had such an awesome treat before. He’d come inside for a little while and then would want to go back outside to relish his treasure. It was a very peaceful afternoon. LOL

This is a RESPITE open thread…