You are here: Home / Foreign Affairs / A Lovely Day For War With Iran 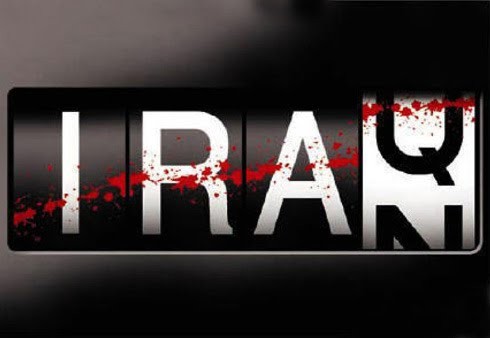 Hey, what better way to spend the holiday weekend than pushing for yet another war?

I can’t imagine why anyone would think that a war with Iran is a good idea. We are already involved in two wars in the region, one of them a direct consequence of the 2003 war on Iraq. Iran is a larger country, in a more strategic geographic position. As I continue to read material from the warmongers, I recall a saying attributed to Michael Ledeen:

Every ten years or so, the United States needs to pick up some small crappy little country and throw it against the wall, just to show the world we mean business.

This, presumably, is consistent with the swagger Mike Pompeo wants to bring to the State Department.

The latest war drums began beating just before the holiday. Ambassador Kenneth Ward, U.S. Permanent Representative to the Organization for the Prohibition of Chemical Weapons voiced concern that Iran has an ongoing chemical weapons program. The reports are thin, but it appears that the evidence for the concern is that Iran did not declare the transfer of chemical weapons to Libya in the 1980s, even after Libya declared those weapons to the OPCW in 2011. It’s not clear why this came up now, as it is hardly new news.

At about the same time, the New York Times published an op-ed by Michael Doran and Tony Badran from the Hudson Institute and the Foundation for the Defense of Democracies. Both are highly conservative thinktanks, both of which have close connections to and probably funding from the UAE, an ally of Saudi Arabia against Iran. Jeet Heer wrote this up in a Twitter thread and a short post. Turns out the two thinktanks are friendly with a couple of sleazeballs that have turned up in the investigations of Russian (and other) influence on Donald Trump and the 2016 election.

6. Hudson Institute & Foundation for Defense of Democracies (sic!) are not supposed to take foreign funding or funding from autocracis. But via Broidy, Nader got Saudi & UAE sway over them. pic.twitter.com/3Hm0lQs0UQ

Ali Gharib is also tweeting about this.

Matthew Kroenig, an associate professor at Georgetown University and deputy director of the Scowcroft Center for Strategy and Security at the Atlantic Council, provided another set of justifications for war against Iran in an interview, a small masterpiece of bad faith.

Kroenig frames his concern in terms of nuclear nonproliferation, but what he is doing is making a case that can be used to justify war against Iran. He talks about “allowing” Iran to enrich uranium. There are two ways to “disallow” other nations from doing what we don’t want them to do: provide motivations to end the actions, or declare war on them. The JCPOA provided motivation to end Iran’s movement toward a bomb: ending sanctions and collaborative work with the rest of the world to develop peaceful nuclear power. That collaborative work, along with the IAEA inspections that were part of the deal and part of Iran’s obligations under the Nuclear Nonproliferation Treaty, provide eyes on Iran’s nuclear program as an early warning system against any movement toward a bomb.

Kroenig abstracts a warped reading of that to proclaim that the JCPOA was not in American interests. What he wants is regime change, although he dances around particular meanings of particular words to deny that. Everything is on Iran to change its behavior, according to Kroenig. No incentives to be given, with the United States out of the JCPOA. Only the Trump administration’s “maximum pressure.”

We may conclude, then, although Kroenig has denied this, that 1) the United States must “disallow” Iran’s uranium enrichment and 2) the only means to do this is pressure. Kroenig does not mention war, but his writing off the possibility of incentives leaves only war when Iran does not yield to sanctions and bluster.

The United States, of course, would have to prosecute such a war without our European allies, who continue with the JCPOA. Our major ally would be Saudi Arabia. And what they offer us is…?