You are here: Home / Past Elections / 2020 Elections / One Of the Major Stories of Today’s Violent, Armed Revolt Is the Willful Failure of the Capitol Police

I do not know who is in charge of the Capitol Police’s risk and threat assessment, but whomever it is needs to be terminated for their failures. And not just failures today, but the failures in strategic, critical, creative, and historical thinking that did not have sufficient personnel on site to handle what was clearly a possibility happening today: an attempt to breach the Capitol. Back on 8 November 2020 I did a threat assessment regarding the transition for someone and I covered this as a general possibility as part of a larger section.

We know that the Capitol Police are able to do proper threat assessments, forecasting, and then over responding to just peaceful protests. For example, the overreaction to the ADAPT protests at Senate Majority Leader McConnell’s office back in 2017:

This is how Capitol police treated ADAPT activists for peacefully protesting their right to healthcare pic.twitter.com/A6b13MUazr

Here’s the pictures as stand alones: 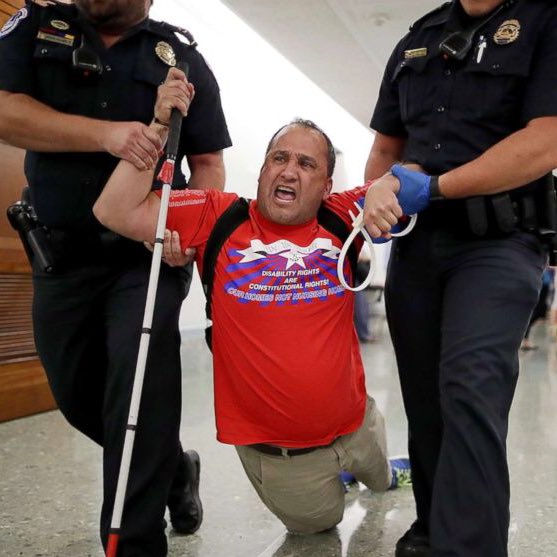 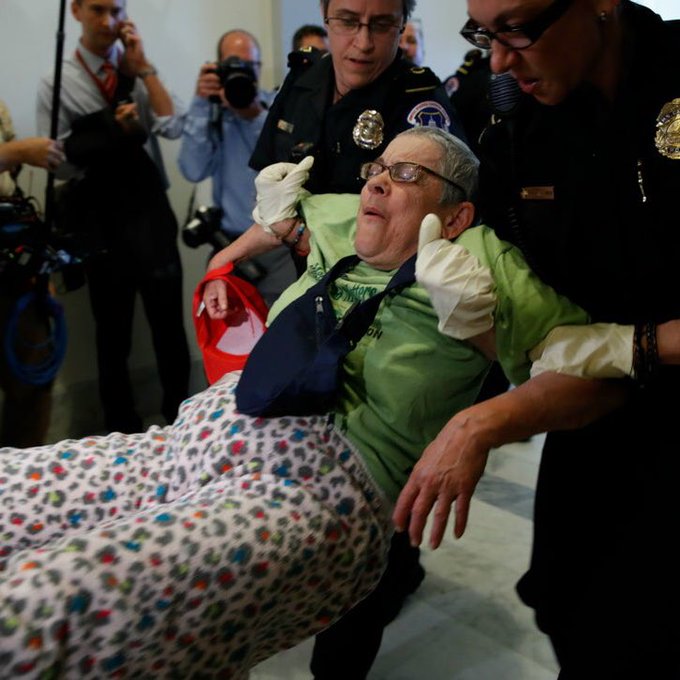 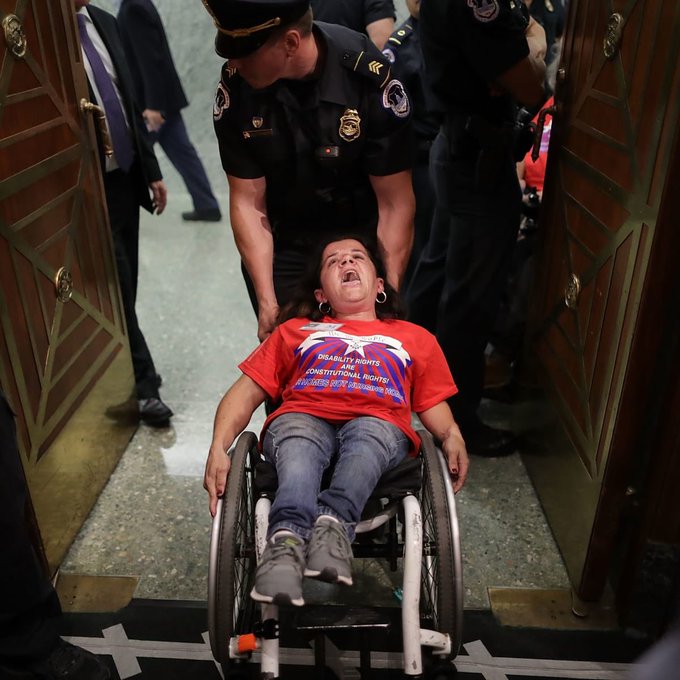 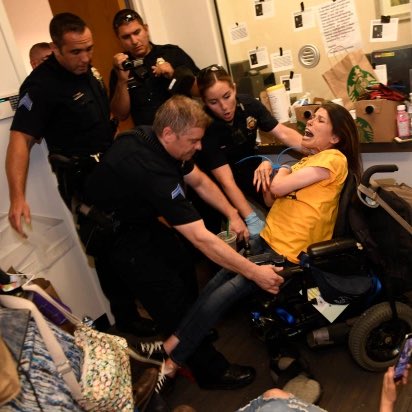 The ADAPT protestors were both peaceful and disabled, as you can see from the pictures the Capitol Police had no problem exerting necessary force to remove them. But a bunch of white Trump supporters? RETREAT!!!!!!

This appears to be the initial entry into the Capitol:

They breached the Capitol pic.twitter.com/tWKxojW2Hr

I’d also really like to know who in the Capitol unlocked and opened the locked side door on the east side of the complex allowing the armed, violent, extremists to breach into the building. Was it a staffer for one of the GOP members of the House and Senate who helped to inspire and foment this? Was it a member of the Capitol Police? Those doors are always locked because they don’t have manned security. Someone had to unlock it and open it from the inside, so who was it?

And let’s be really honest with ourselves, if the extremist insurrectionists today where visibly identifiable as ethnic minorities – Black, Hispanic, Middle Eastern, Central Asian, Southeast Asian, East Asian – or from a visible religious minority or visibly LGBTQ maximum force would have been directed back at them, elected and appointed officials and the news media would be calling them terrorists, and new, draconian security legislation would already be written to be passed tonight in an emergency session of Congress. Instead we’ve got video of Capitol Police taking selfies with the insurrectionists:

Cops are taking selfies with the terrorists. pic.twitter.com/EjkQ83h1p2

We are way off the looking glass and through the map!