Van Buren lost his beloved dog less than a month ago, and last Tuesday he sent me a photo of their new pup, along with this lovely note:

I know what you mean about yesterday not being a good day. We lost our 15 year old dog, Kendall, on June 5. On the 26th we picked up this pup, who is officially Rosalita, but I’m going to call her Rosie.

She is doing fine, getting settled, and has accepted my offer of spoiling her rotten for the next 15 years.

Rosalita, who they call Rosie.  Circle of life, it seems.  I asked if he would be willing to write a little something to introduce Rosalita, and he did.

When the lockdown began, we had three dogs.

Kendall was 14, a Cavachon, and as sweet and mellow as any dog ever. Kendall was a musk ox disguised as a little dog. The other dogs hated the cold, but she loved nothing more than slowly plodding through snow, nose to the ground. 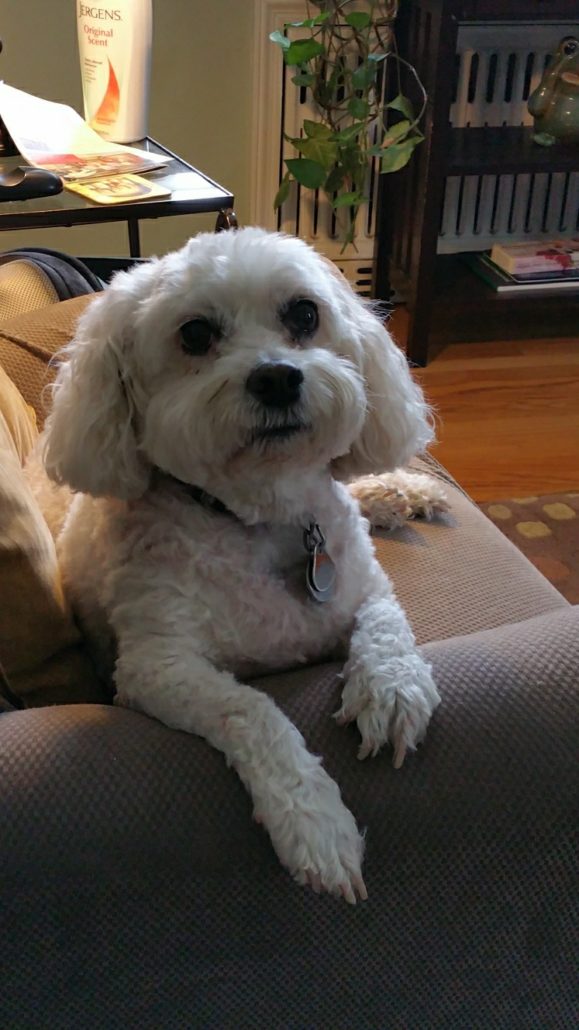 Jackson was 13, a Miniature Schnauzer/ Maltese mix, who was equal parts feisty terrier and affectionate lap dog. We had had both dogs since they were puppies. 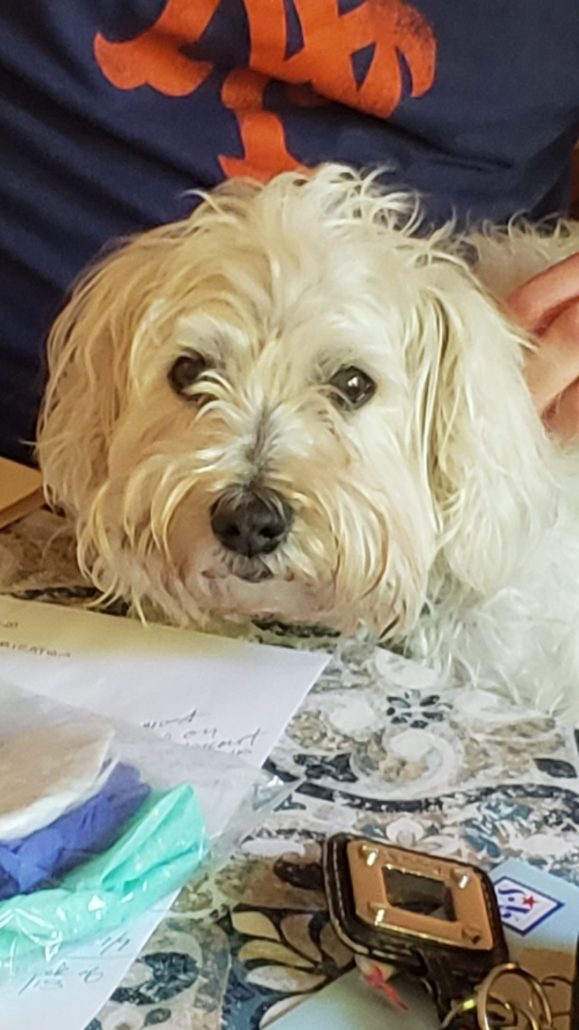 We also had Fiona, a twelve year old Lhasa Apso that we had rescued when she was 6. Fiona had been a breeder in a puppy mill, and had no idea how to be a pet, but by copying Jackson’s every move, she caught on fairly fast. 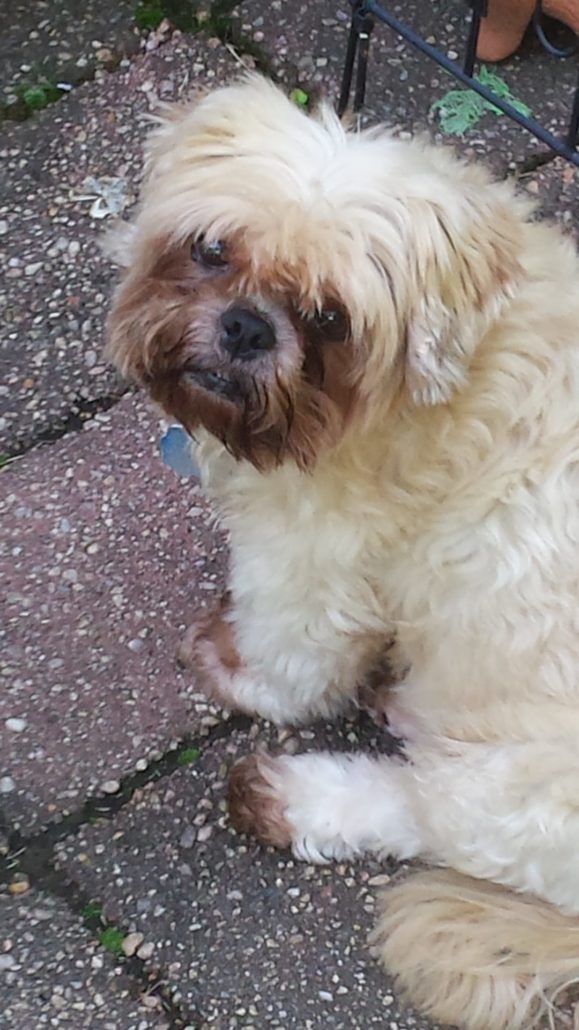 For seven years, she followed Jackson around. When he ate, she would eat. If he wanted to go outside, she wanted to go outside. And so on. To this day, she is nervous about being touched by people. If you pick her up, she has the endearing habit of shaking herself as though trying to dry off. One of my sons says she is ridding herself of the taint of human flesh.

Within a week of the lockdown, we had to take Jackson to the vet, for what turned out to be the first of a long series of visits as his organs began failing. He finally passed in September. I have had eight dogs in my life, including my childhood, and he was the one I loved the most.

Since Fiona was so attached to him, we assumed she would be affected more than Kendall by his passing, but she barely seemed to notice. She simply started following Kendall everywhere. Kendall, on the other hand, very clearly knew something was wrong. There is a picture of Kendall and Fiona in the calendar, taken the day after Jackson died. Kendall is in what we thought of as Jackson’s spot. It was like she thought that was the most likely place to find him.

On Halloween, we had to rush Kendall to the vet. She had been coping with Cushing’s disease for years, but now her liver was enlarged.  With medication, she more or less held her own, but she was losing weight, seemed to have dementia, and was becoming incontinent. I wasn’t going to repeat all the tests that we subjected Jackson to. I brought her to the vet the day after Memorial Day to ask his opinion.

The vet said he thought it was time. She was down to 16 lbs. She had been 25 a year earlier. We waited a few days until a vet could come to the house to euthanize her, just as we had done with Jackson.

That night, Fiona began barking. The only way to get her stop was to bring her into our room. She refused to be left alone, and woke up every night around 3.

She needed a companion. Thus, the frantic search that ended with the adoption of Rosalita last Saturday. Rosie is a 4 month old Dachshund and….who-knows-what mix. She is doing great adjusting, with the bizarre quirk – and I am curious if anyone else has ever had a dog do this – that she gets furious when Fiona eats. 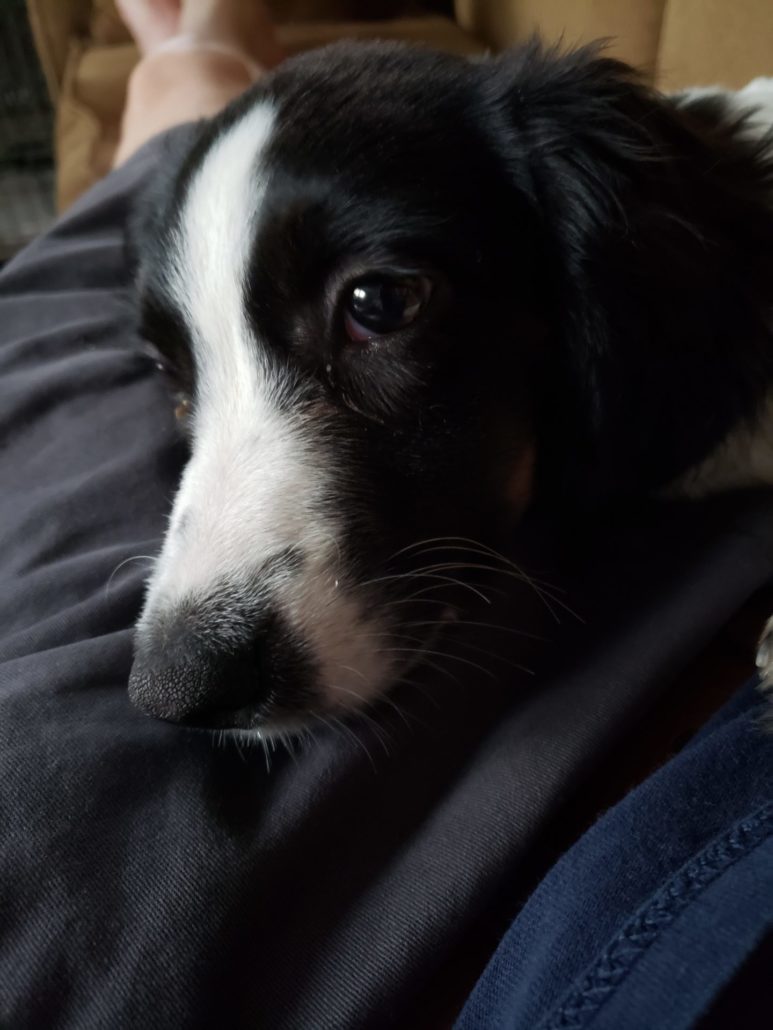 Rosalita frantically barks and growls. It does not matter if she has food herself. She does not seem to mind if Fiona approaches her bowl. But if we give food to Fiona, she goes nuts.

As I finish this, Rosie and Fiona are sleeping at my feet, lying back to back. Fiona stays downstairs and sleeps through the night, as she has done every night since we brought Rosie home.

? I think this will work out.