Major Major Major Major, aka J. Tynan Burke, has written at Balloon Juice since 2018. He focuses on science, technology, and fiction. Learn more at www.tynanburke.com 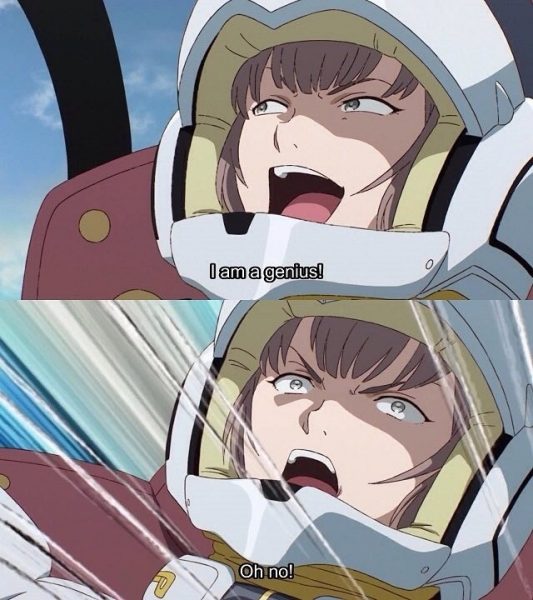 I found pictorial representation of how I feel several times a day, having started a new job, and moved to a new city, that feel far above my station.

I shouldn’t say too much about work, but everything you’ve seen on Silicon Valley is true. Folks seem to have collectively decided work was over around four. Now my remaining coworkers are drinking old-fashioneds, playing shuffleboard, doing puzzles… we apparently have a guitar in the office, as somebody is practicing it.

We are, literally, trying to finish off the week’s avocado delivery.

And so I’m accessing Balloon-Juice for I think the first time on the office network. Hi! I’m going upstate to see Samwise this weekend. There will be pictures.

Do any of y’all have anything fun planned?

END_OF_DOCUMENT_TOKEN_TO_BE_REPLACED

My mom always said “wave bye-bye to Denver!” when we’d leave town, when I was a kid. (She still does, but winkingly.) I’m here at the airport, ready to wave bye-bye to San Francisco. So long, old frenemy. It’s been real. But I have to go make different mistakes elsewhere now.

Open thread! Anybody else got anything fun planned, now that our collective crippling anxiety is slightly less crippling?

END_OF_DOCUMENT_TOKEN_TO_BE_REPLACED

Looks like we could use an overnight thread. Possible discussion topic: Which picture of this cat better represents your feelings about the season?

FBF to when I was a scared wittle bebe before Meowlloween??? pic.twitter.com/VltBiBBMar

END_OF_DOCUMENT_TOKEN_TO_BE_REPLACED 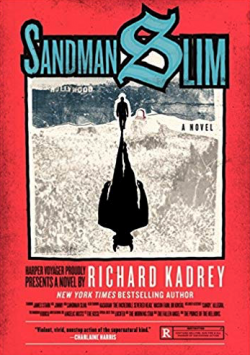 Hello and welcome to Recommended Reading, the feature where we talk about books! In honor of October, and the impending election, I would like to recommend a book about clawing your way out of Hell to exact revenge on the people who sent you there: Sandman Slim (Sandman Slim #1), by San Fransiscan Richard Kadrey.

It tells the story of Stark, a sorcerer brut and member of Southern California’s hidden, magically-attuned society. His erstwhile friends banish him to Hell, and after ten years of gladiatorial combat, he murders his way out seeking vengeance.

But he wonders: are Los Angeles, and this mission, really all that different from his last decade?

It’s a bloody good read, with some of the best hard-boiled imagery that I’ve ever come across.

When I was Downtown, I learned a lot about making threats. Make them big. Make them outrageous. You’re never going to kick someone’s ass. You’re going to pull out their tongue and pour liquid nitrogen down their throat, chip out their guts with an ice pick, slide in a pane of glass, and turn them into an aquarium.

Oh, and there’s loads of old movie references, if that’s your thing. (More quotes, the kind that might make even certain commenters blush, can be found at Goodreads.)

I’m usually loath to recommend the first book in a series, but it works as a standalone. Four out of five stars, seasonally appropriate. Content warning, extreme violence and Satanism.

As always, if you’re going to buy anything, go through the Balloon-Juice Amazon Affiliate link (or support your local bookstore)!

END_OF_DOCUMENT_TOKEN_TO_BE_REPLACED

This silly guy will be flying (in the cabin) soon. 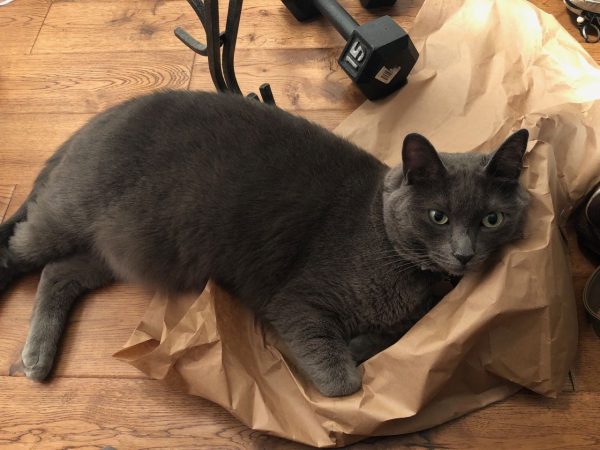 I need to get him a carrier. I don’t know anything about this. Help! The airline requirements are:

What brands do people like? Thoughts on hard/soft? I want to get him a soft one? I think he’ll like it better.

Also, people who’ve flown with cats before: anything I should ask for from the vet, other than the usual gabapentin/diphenhydramine/whatever sleepytime drugs?

END_OF_DOCUMENT_TOKEN_TO_BE_REPLACED

Yesterday, there were some polls–from NPR/Marist, NBC/WSJ, and Gallup–that had some folks here concerned. According to their data, over the last week, GOP approval has increased, as has GOP voter enthusiasm, to the point where both measures roughly equal the numbers for Democrats. These are real numbers, worthy of the same consideration we give any trend-busting single data points, namely, some, and with cautious skepticism.

They also aren’t the only polls in the world. Nate Silver has a good piece walking us through the bigger picture.

From a 35,000-foot view, the story in the generic ballot numbers is largely one of stability.1[…] Trump’s approval ratings have largely followed the same trajectory as the generic ballot, having slumped in early-to-mid September and since rebounded slightly. It’s not clear how much of that is Kavanaugh-related, however, as the president was dealing with a lot of other news in August and early September[…] Merely staying out of the headlines while Kavanaugh was the lead story may have helped Trump’s numbers revert to the mean.

The 538 model’s numbers are also largely unchanged, except in the Senate, where Republican chances have improved somewhat. This is based largely on new polls on Heitkamp’s re-election bid in North Dakota. Who knows why! That’s not what the polls measure!

Is the enthusiasm gap closing? Maybe a little?

But one hint comes from polls that publish both registered- and likely-voter results; the difference between these numbers is a good measure of the enthusiasm gap or turnout gap. Currently, we’re showing that likely voter polls are only about 0.4 percentage better for Republicans than registered-voter polls. That’s much smaller than the typical gap between likely- and registered-voter polls, which usually favors Republicans by anywhere from 1 to 6 percentage points in midterm years[…] It is, however, slightly improved for Republicans from the numbers we were seeing earlier this year, when there wasn’t any gap at all.

If it is closing, then by this measure, it’s not doing so by a lot. Certainly it’s not reverting to a normal year.

Overall, I’m inclined to conclude there’s actually something there for Republicans — that their position has genuinely improved from where it was a week ago (although, not necessarily as compared to where it was a monthago). But[…] it wouldn’t take much — a couple of good generic ballot polls for Democrats, plus a handful of good state-level results in places like North Dakota — to reverse the GOP gains in our forecast. There is truth in the idea that Republicans have had a decent week of polling, but it can also be exaggerated by cherry-picking data that’s consistent with a particular narrative. 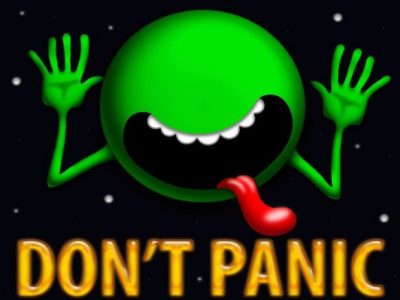 END_OF_DOCUMENT_TOKEN_TO_BE_REPLACED

The Many Faces of Women Who Identify as Witches

The witch is often understood as a mishmash of sometimes contradictory clichés: sexually forthright but psychologically mysterious; threatening and haggish but irresistibly seductive; a kooky believer in cultish mumbo-jumbo and a canny she-devil; a sophisticated holder of arcane spiritual knowledge and a corporeal being who is no thought and all instinct. Even more recently, the witch has entered the Zeitgeist as a figure akin to the so-called nasty woman, who—in the face of a Presidential Administration that is quick to cast any criticism as a “witch hunt”—has reclaimed the term for the feminist resistance[…] The muddled stereotypes that surround witches nowadays are, in the end, not so very different from those used to define that perennial problem: woman.

In her portrait series “Major Arcana: Witches in America,” which will be shown at the ClampArt gallery, in Chelsea, beginning October 4th, the photographer Frances F. Denny seeks to explore the figure of the contemporary witch beyond the cultural chestnuts that have shrouded and obscured it. In the course of the past two years, Denny, who holds an M.F.A. in photography from the Rhode Island School of Design (where I taught her for a semester a number of years ago), has travelled in California, Louisiana, and along the East Coast, taking the portraits of dozens of women who identify as witches.

It’s a photo feature, so click through and take a look. I’d include a sample here but I’m too tired to remember how copyright works.

Updated because I remembered this:

I've never wished so hard that Alyssa Milano was a real witch. pic.twitter.com/Oqaw7210eq