Mark Knoller, who has secured his role in the Beltway media’s village of the damned as the idiot savant Rain Man type, but without the wit and charm of Kim Peek, spending his time counting things like the number of times Obama has golfed, how many press conferences he has had, etc., while always managing to work in the wingnut talking points du jour. Tonight, he let us all know what is important:

END_OF_DOCUMENT_TOKEN_TO_BE_REPLACED

Since April, Mr. Biden has collected more than $13,000 from the agency charged with protecting him and his family for use of a rental cottage adjacent to the waterfront home he owns in a Wilmington, Del., suburb.

Mr. Biden, listed not as vice president in federal purchasing documents but as a “vendor,” is eligible for up to $66,000 by the time the government contract expires in the fall of 2013, the records show.

Officials say the arrangement came about when a previous tenant moved out of the cottage and the Secret Service moved in.

Edwin M. Donovan, special agent in charge at the Secret Service’s Office of Government and Public Affairs in Washington, said the agency pays $2,200 in rent per-month, the same amount a previous tenant had paid before moving out.

We’ve been down this road before:

After angry callers kept insisting that the Secret Service is paying enough rent to Bill and Hillary Rodham Clinton (for space on their property in Chappaqua, N.Y.) to underwrite the Clintons’ mortgage, we checked with the agency that protects presidents, former presidents and their families. Secret Service spokesman Jim Mackin told us that the agency is paying the Clintons only around $1,100 a month — a figure based on a government formula and the standard arrangement in such situations.

The right wing has a nonstop bullshit factory, but sometimes they just relabel old products.

END_OF_DOCUMENT_TOKEN_TO_BE_REPLACED

You can’t win, and you can’t break even
You can’t get out of the game;
You shouldn’t stay, but you ain’t leaving
‘Cause your luck… could change again…

__
And besides, who doesn’t love Muppets?
__
Speaking of which, I am not quite the target demographic for Elizabeth Stevens’ Weekend At Kermie’s: The Muppets’ Strange Life After Death (too old for Sesame Street; but Muppets in Space and Muppet Xmas Carol are among my favorite movies) but I found it both informative and enjoyable nonetheless…

END_OF_DOCUMENT_TOKEN_TO_BE_REPLACED

I think it’s too early to tell what this will look like at the end, but this is the NYTimes on the current state of the deal. I pulled out the sections that appear substantive:

There seemed to be broad agreement that any deal reached would include at least $2.5 trillion in spending cuts over the next 10 years, of which $1.2 trillion would be approved now. But there was intense jockeying over the terms governing the next steps, including the work of a new bipartisan Congressional committee whose members would be charged with finding more deficit reductions in time for a second increase in the debt ceiling in just a few months.

Failure by that committee would trigger automatic cuts in programs beloved by Democrats and Republicans, respectively, unless Congress later this year passed a Constitutional amendment requiring balanced budgets.

Under the framework that negotiators were discussing today, half of those cuts would come in defense spending, while the other half would be a combination of other domestic spending, like discretionary programs and farm subsidies. Cuts to Medicare would not make up more than 3 percent of the non-military cuts.

We’d need a total number for non-military cuts to know what “not more than 3 per cent” means.

And negotiators agreed that any deal would not include language that could lead to a new formula for the annual cost-of-living adjustments for Social Security beneficiaries, a change that could save more than $100 billion in the first 10 years. While many economists have long said the existing formula overstates inflation, many Democrats oppose any change that would reduce benefits from current law. Dropping the proposal from the White House-Congressional talks reflected in part the influence of Representative Nancy Pelosi, the Democratic minority leader, whose negotiating hand has been strengthened, since she will have to deliver a significant number of Democrats votes for House passage of any solution, given the likelihood that Mr. Boehner will face a significant loss of Republican votes.

And it looks like the proposed changes to Social Security are off the table, for now.

END_OF_DOCUMENT_TOKEN_TO_BE_REPLACED

I don’t have anything political to talk about, but I read this article this morning, and I know you-all know a lot about dogs:

For any animal, a stay at a shelter or dog pound is often a harrowing experience. But for one type of dog, the “pit bull,” admittance to a government-run facility in Ohio such as the Lucas County dog pound is almost a guaranteed ticket to oblivion.

Strict state laws regarding ownership of “pit bulls” coupled with widespread public mistrust of the general breed have made it extremely difficult to find homes for these animals. That, together with an overabundance of “pit bulls” because of overbreeding and abandonment, means that when such dogs enter a pound they are the least likely to leave.There’s just nowhere for them to go,” Ms. Lyle explained recently. “There’s just way too many being born and becoming homeless.”

Similarly, the Toledo Area Humane Society destroys more “pit bull”-type dogs than other kinds of dogs, although officials there maintain this is a result of stricter behavior testing for the animals. Kill rates for “pit bulls” at the Humane Society are 18 percent, compared with the overall dog euthanasia rate of 10.5 percent. The society takes in some of the “pit bulls” from the Lucas County pound as well as from people who surrender them.

The situation is mirrored at pounds and shelters across the country, according to Adam Goldfarb, director of the Pets at Risk program for the Humane Society of the United States. An informal survey conducted by the society found that, on average, 30 percent of dogs entering shelters are “pit bulls” — with the rate shooting past 70 percent in some urban shelters, he said. In turn, kill rates for the dogs are high.

I have had only had one dog. She was a rescue greyhound that my daughter insisted we adopt. She was an absolute pleasure to have around, just the sweetest thing, and she lived with us for 16 years. She died fairly peacefully, when we had to put her down. I don’t know how old she was when we adopted her, but she was full grown, so I think she lived to 18 or so years.

Her racing name was “Helloooo Jilly!” We called her “Jilly”. I used to pretend that she spoke to make my kids laugh. I gave her a southern accent.

You can talk about dogs or anything else you’d like.

END_OF_DOCUMENT_TOKEN_TO_BE_REPLACED

Internet providers would be forced to keep logs of their customers’ activities for one year–in case police want to review them in the future–under legislation that a U.S. House of Representatives committee approved today.

The 19 to 10 vote represents a victory for conservative Republicans, who made data retention their first major technology initiative after last fall’s elections, and the Justice Department officials who have quietly lobbied for the sweeping new requirements, a development first reported by CNET.

A last-minute rewrite of the bill expands the information that commercial Internet providers are required to store to include customers’ names, addresses, phone numbers, credit card numbers, bank account numbers, and temporarily-assigned IP addresses, some committee members suggested. By a 7-16 vote, the panel rejected an amendment that would have clarified that only IP addresses must be stored.

It represents “a data bank of every digital act by every American” that would “let us find out where every single American visited Web sites,” said Rep. Zoe Lofgren of California, who led Democratic opposition to the bill.

Lofgren said the data retention requirements are easily avoided because they only apply to “commercial” providers. Criminals would simply go to libraries or Starbucks coffeehouses and use the Web anonymously, she said, while law-abiding Americans would have their activities recorded.

To make it politically difficult to oppose, proponents of the data retention requirements dubbed the bill the Protecting Children From Internet Pornographers Act of 2011, even though the mandatory logs would be accessible to police investigating any crime and perhaps attorneys litigating civil disputes in divorce, insurance fraud, and other cases as well.

“The bill is mislabeled,” said Rep. John Conyers of Michigan, the senior Democrat on the panel. “This is not protecting children from Internet pornography. It’s creating a database for everybody in this country for a lot of other purposes.”

I can’t wait to see if the loudmouth “freedom” lovers in the tea party actually come out on the side of freedom. Although they are probably too focussed on keeping the Koch’s taxes low and making sure Michelle doesn’t have too many calories for lunch.

END_OF_DOCUMENT_TOKEN_TO_BE_REPLACED 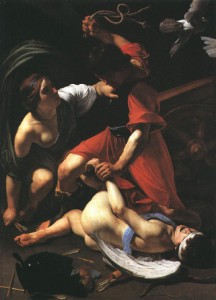 And for the love of fucking christ, can you other front pagers stop making stupid fucking categories you only use once?

I don’t know what you’re so grumpy about, Mr Cole.

Isn’t the world a better place for the #notintendedtobeafactualstatement category?

And “Sweet Fancy Moses!” makes me laugh every time I see it.

But then, I still don’t have my name in the Contact list, so what do I know?

Note: No new categories were created for the purposes of this post.