Was worried that Milo’s straight pride parade would cause traffic problems here my last day in Boston but the traffic, like Milo, appears irrelevant and overstated.

These two men traveled for 8 hours from Pennsylvania to Boston Straight Pride to represent the banned reddit subreddit /r/frenworld one is holding a pillow of Youtuber Sargon of Akkad pic.twitter.com/1i6HT8W8i1

You know the ‘straight pride’ luzers have themselves an image problem when they choose a parade marshal whose profession is being gay, but right-wing. Sam Bishop’s twitter feed includes shots from the whole sad performance. Per the Boston Globe:

Outdone by numbers and noise from thousands of protesters, a few hundred marchers in a controversial Straight Pride Parade were jeered and heckled Saturday afternoon during a mile-long procession from Copley Square to City Hall Plaza.

“Shame on you!” many of the protesters yelled as the parade, flanked by hundreds of police officers, passed block after block of security barricades on normally busy downtown streets, which had been closed for the event.

After the rally ended at 4 p.m., some of the protesters turned their anger toward the mayor and police, whom they assailed for allowing the parade and then protecting the marchers…

Mayor Martin J. Walsh, who was attending a Jump Into Peace event in Roxbury, said the march “is not any representation of who we are as a city.”

About 600 protesters outnumbered an estimated 200 marchers after the parade reached City Hall Plaza, where police kept protesters behind barricades about 200 feet from a concert stage where the Straight Pride rally was held…

Parade organizer Mark Sahady is part of Resist Marxism, a group founded by an alt-right leader that has a history of violence. That group had helped organize a “free speech” rally in Boston in 2017 that critics said attracted white nationalists.

The grand marshal was Milo Yiannopoulos, a former Breitbart editor who has been banned from Facebook and Twitter for hate speech, was among several speakers at the rally…

So Sahady and his little buddies succeeded in wasting a ton of the city’s money protecting them from the abuse they were demanding, and ramping up the tension another notch between the cops and the ‘counter-culture’. Which was what they were hoping for, after all, so at least they have *that* consolation.

The #StraightPrideParade now on its way to City Hall Plaza. #Boston25 pic.twitter.com/44RayYZVRU

Join me right now in making a contribution. TY to the allies & accomplices who stood in the gap & laid their bodies on the line today in affront #LGBT hate march. To everyone feeling unseen & vulnerable today…we got you. Equitable outrage. Our destinies & freedoms are tied. https://t.co/xwHQDX7UG2

END_OF_DOCUMENT_TOKEN_TO_BE_REPLACED

Bouncing off of Adam’s post about the Odessa murders…

Last night a bunch of folks gathered together for some fun, a high school football game in Mobile, Alabama.  A teenager showed up with a gun and shot ten other kids.  By some astonishing good luck, no victims died.  Nine of them had to go to the hospital and six have been released from care already.  The shooter left the scene and turned himself in this morning.

So there you have it:  two cities, two crowds just going about their business, trying to have some good times on a weekend, and two assholes who demonstrate as brutally as possible the the right to free assembly can’t be fully trusted in these United States.

Second Amendment absolutism is at war with the right to assemble, to express our ideas freely, to pray if and as we choose.

Gun violence does more than just murder individuals.  It threatens the ability of Americans to express the consent of the governed.

The citizens of Mobile, of Odessa and Midland, of everywhere in the US,  no longer have the full enjoyment of their rights to life, liberty and the pursuit of an afternoon’s entertainment. 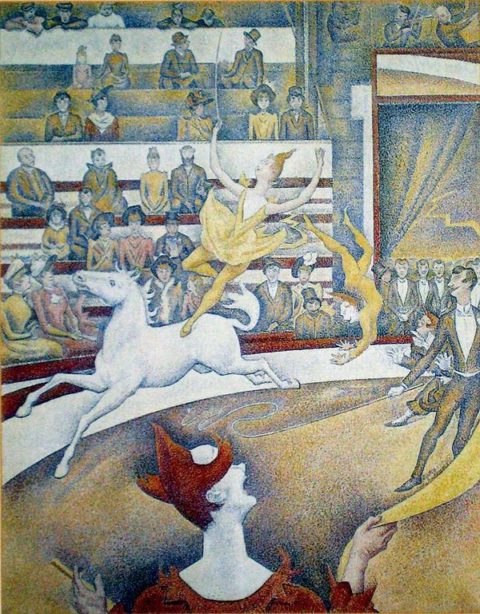 I know that mass shootings produce a relatively small fraction of the death toll from firearms; suicide takes two thirds of that total.  But terror is not about the absolute destruction terrorists are able to inflict; what counts is the impact on the terrorized society, the change in our behavior, our expectations, and our ability to make free and unfettered choices about whatever it is the terrorists care about.

That’s what mass shootings do: make it harder for all of us to live the way we want.

The fight against the NRA, #MoscowMitch’s GOP and the rest of the gun cabal is a campaign against those who are, right now, using the tools or terrorism against the United States of America.

END_OF_DOCUMENT_TOKEN_TO_BE_REPLACED 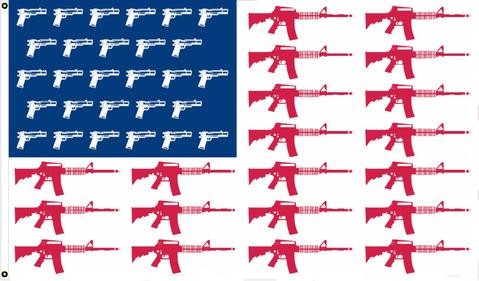 As of now there are at least 5 dead and 21 wounded and/or otherwise injured in a mass shooting spree in Odessa, Texas. The shooter was killed by the responding law enforcement officers and was a white male in his mid 30s. According to police reports to the news media, he attacked the cop who pulled him over for a traffic stop and after shooting the officer he hijacked a mail truck, took off, and went on a spree shooting.

As always, this will be a fast moving story and details are likely to change as today moves into tomorrow.

END_OF_DOCUMENT_TOKEN_TO_BE_REPLACED

I will put up a website update post tomorrow, but in the meantime… Ask me anything in this thread and I will answer all your questions.

You can also send email to my nym at balloon-juice.com, and I will respond.

END_OF_DOCUMENT_TOKEN_TO_BE_REPLACED

Gerald’s mother has been in an out of the hospital for the past week, and she was readmitted Thursday night and had a major cardiac event and has been there ever since. To help take the load off him and his wife, the kids have been staying with me so he can stay at the hospital. It’s been fine, but they can be a touch exhausting at the time. I think what I notice the most is the constant incessant chatter. It’s just nonstop. It’s not that it is irritating, it’s just that I am not used to it. No opportunity to vocalize is left unused. If they were dogs, they would be Thurston.

Also, I have had more discussions about farts in the last 48 hours than in the previous ten years.

At any rate, last night we had burgers, beans and franks, and fries with milkshakes for dessert, and this morning we got up and took care of their dogs and mine, and then drove up to the seasonal opening of the apple orchard. They had never been, and I was excited about getting some apples, so it was a fun time. We even got to do a fun rendition of “he’s touching me he won’t stop touching me DOMINIC GOD DAMNIT STOP TOUCHING HER OR I WILL TIE YOU TO THE ROOF LIKE AUNT EDNA.” Picked up apples for my parents, my brother, and me- they had ginger gold, zestar, and one other whose name I forget.

Tonight for dinner we are doing fajitas, rice and beans, and street corn with grilled peaches and ice cream for dessert. I’m afraid to even think about what godawful movie they are going to make me watch.

I have seen a couple questions about the new website in the comments of other posts. It is still underway, just currently working on the database to deal with the 85 billion comments and images that need to be recombobulated or whatever the technical term is. It won’t be long. Watergirl will update some time soon.

END_OF_DOCUMENT_TOKEN_TO_BE_REPLACED

Referring to President Trump’s “rights,” as in “He has a right to declassify information,” repeats his childish and ignorant thinking and expression.

The presidency is a privilege conferred on a person by the citizens. It carries no additional rights beyond the rights of all citizens.

The President swears an oath of office.

By doing that, he takes on obligations to the people and Constitution of the United States. No additional rights.

All a President’s actions should be guided by those obligations.

In particular, the President is the ultimate classification authority. The regulations specify procedures through which that authority is to be exercised. Documents are to be signed, and classification markings are to be properly canceled.

It’s hard to believe that Trump followed any of those procedures in releasing yesterday’s photo. He is very possibly violating his oath of office in releasing national security information impulsively through a tweet. He has no “right” to do that.

END_OF_DOCUMENT_TOKEN_TO_BE_REPLACED

The track envelope is shifted again to the right or east away from Florida … consistent with recent weather model data.

But, the coast isn't clear quite yet. pic.twitter.com/NLuTliZ4Z4

He is getting big and strong. Florida looks to be facing better odds of a brush instead of a head on collision compared to Thursday.