You are here: Home / Foreign Affairs / War for Ukraine Update 33: The Russians Keep Pounding Away, the Ukrainians Keep Fighting 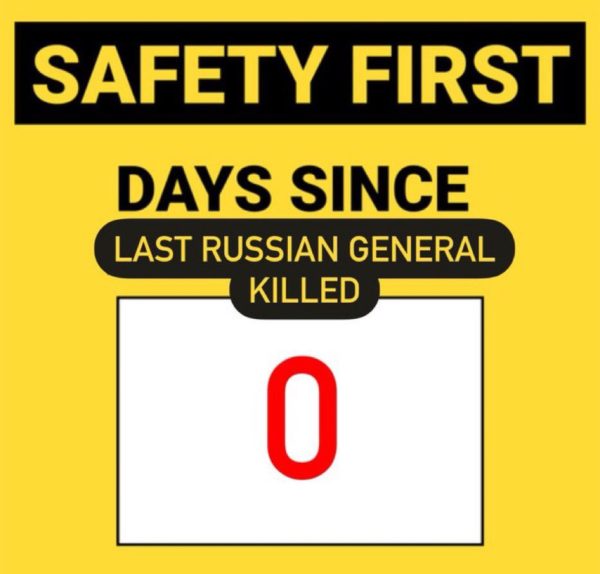 Earlier today President Zelenskyy did an interview via video with independent – as in not state owned, backed, and/or approved – Russian journalists from Meduza, Kommersant, Novaya Gazeta, and TvRain in defiance of Russian government orders to not do the interview. I am very grateful, as I’m sure our Russian speaking commenters who have offered to translate stuff for me for the updates are as well, that they included English sub-titles on the ninety-two minute interview!

Here are some English translation excerpts from Natalia Krapiva, whose Twitter feed is where I got the link to the YouTube video from.

Here are some highlights in English. ???1/https://t.co/dB4BCHO1dw

President Zelenskyy’s remarks were clearly aimed at Russians who might be able to view and listen to the interview.

Again total missile strikes at ??. Lutsk, Kharkiv, Zhytomyr, Rivne. Every day more & more rockets. Mariupol under carpet bombing. ?? no longer has a language, humanism, civilization. Only rockets, bombs & attempts to wipe ?? off the face of the earth. Does Europe really like it?

“I wouldn’t use terms like that because I’m still in talks with President Putin,” Macron said during an interview on French Channel France 3.

Macron added: “Our goal is to stop the war Russia launched in Ukraine, while avoiding a war and escalation.”

I’ve been quite hard on Israel’s lack of a useful response to Russia’s reinvasion of Ukraine, so they deserve to be recognized for setting up an advanced field hospital in western Ukraine.

This would seem to be ungood!

10 hectares of forest are burning in the Chornobyl Zone, caused by #Russian shelling. It isn't possible to put out the fire now, as this territory isn't controlled by #Ukraine. We're afraid that the fire will reach the nuclear power plant. The radiation level is already elevated.

The Russians (in red on the map) still appear to be trying to encircle the Ukrainian Army in eastern Ukraine, known as the Joint Force Operation (JFO) (in blue), so they can then reduce it. The JFO needs to pull back and reform its lines in a more secure position to prevent being encircled and reduced.

Something to watch very closely now: potential Russian reinforcements to the Izium area, probably at the expense of the Chernihiv, Kharkiv, and Sumy axes of attack.
Their only possible way is to try and surround Ukraine’s Donbas military group now. pic.twitter.com/20r47V4OX3

Denis Dudinski via Instagram: "This car came from Mariupol. The Russian military at the city checkpoint gave them 40 seconds to drive away. Just for fun. It's like: "You run, I'll count to 40, then I start to shoot!" 1/2 pic.twitter.com/sKyhItJYmb

The first this from the second to last tweet above:

"To feed the children I was ready to kill our dog"

Confessions from people who managed to escape Mariupol. Via volunteer Sonya (@ sonyalawyer8 on Instagram)

"People from Mariupol escaped hell, but hold on as best as they can.. pic.twitter.com/tSt9oEqtiC

The second this from that first thread:

"I started hallucinating from hunger."

Confessions from people who managed to escape Mariupol. Via volunteer Sonya (@ sonyalawyer8 on Instagram)

"A woman in her forties began to tell her story, while stuttering.. pic.twitter.com/RLXELWihXg

In Kharkiv alone, more than a thousand houses were destroyed by Russia during the month of the war. Most of them residential buildings. This is one of those, which looks like a toy house crushed by an evil force. pic.twitter.com/dsO84hE4qI

Yesterday, The New York Times published a long form piece of reporting by Roger Cohen that includes detailed interviews with a number of senior leaders who have met and interacted with Putin over the past twenty plus years.

PARIS — Speaking in what he called “the language of Goethe, Schiller and Kant,” picked up during his time as a K.G.B. officer in Dresden, President Vladimir V. Putin addressed the German Parliament on Sept. 25, 2001. “Russia is a friendly European nation,” he declared. “Stable peace on the continent is a paramount goal for our nation.”

The Russian leader, elected the previous year at the age of 47 after a meteoric rise from obscurity, went on to describe “democratic rights and freedoms” as the “key goal of Russia’s domestic policy.” Members of the Bundestag gave a standing ovation, moved by the reconciliation Mr. Putin seemed to embody in a city, Berlin, that long symbolized division between the West and the totalitarian Soviet world.

Norbert Röttgen, a center-right representative who headed the Parliament’s Foreign Affairs Committee for several years, was among those who rose to their feet. “Putin captured us,” he said. “The voice was quite soft, in German, a voice that tempts you to believe what is said to you. We had some reason to think there was a viable perspective of togetherness.”

“He hated what happened to Russia, hated the idea the West had to help it,” said Christoph Heusgen, the chief diplomatic adviser to former Chancellor Angela Merkel of Germany between 2005 and 2017. Mr. Putin’s first political manifesto for the 2000 presidential campaign was all about reversing Western efforts to transfer power from the state to the marketplace. “For Russians,” he wrote, “a strong state is not an anomaly to fight against.” Quite the contrary, “it is the source and guarantor of order, the initiator and the main driving force of any change.”

“Putin’s nightmare is not NATO, but democracy,” said Joschka Fischer, a former German foreign minister who met with Mr. Putin several times. “It’s the color revolutions, thousands of people on the streets of Kyiv. Once he embraced an imperial, military ideology as the foundation of Russia as a world power, he was unable to tolerate this.”

Although Mr. Putin has portrayed a West-leaning Ukraine as a threat to Russian security, it was more immediately a threat to Putin’s authoritarian system itself. Radek Sikorski, the former Polish foreign minister, said: “Putin is of course right that a democratic Ukraine integrated with Europe and successful is a mortal threat to Putinism. That, more than NATO membership, is the issue.”

Much, much, much more at the link. For me, this is one of the key takeaways:

“Power, for the Russians, is arms. It is not the economy,” said Ms. Bermann, the former French ambassador, who closely followed Mr. Putin’s steady militarization of Russian society during her time in Moscow. She was particularly struck by the grandiose video display of advanced nuclear and hypersonic weaponry presided over by the president in a March 2018 address to the nation.

Which is why I do not think the sanctions and economic measures will have their intended effect.

An embargo of Russian energy would see Russia's GDP completely collapse. Our baseline forecast has GDP fall -30% by end-2022 and does NOT yet put a 100% weight on an energy stop. This number would be MUCH worse in the event of an embargo, making war harder to sustain for Putin… pic.twitter.com/6ZMJceyjH9

We’ll finish with this:

An emotional performance of Ukrainian figure skaters Oleksandra Nazarova and Maksym Nikitin at the world championship in France. They are from Kharkiv, Nazarov spent weeks there under Russian bombs. They had less than a month to prepare this dance and no time to make costumes pic.twitter.com/qP2efP7BXq