I always enjoy Julia Ioffe’s journalism for her deadpan Sancho Panza/Twelve Chairs wit. When I read she was being twitter-mobbed by antisemitic Trump followers, I assumed their grievance would be associated with her latest Foreign Policy article, “On Trump, Gefilte Fish, and World Order”:

I don’t think it’s a coincidence that I was eating my mother’s gefilte fish while watching Donald Trump’s foreign-policy address Wednesday afternoon. First, it was lunchtime; second, it is Passover; and third, the fish patties in front of me — an amalgam of lots of different ingredients (porgy, rockfish, matzo meal) that, mashed together, resemble nothing immediately recognizable as naturally occurring food — couldn’t help but echo the strange consistency of the policy combinations Trump put forward.

Punctuating his carefully scripted speech with Trumpian bursts of “believe me” and “very bad” — consider them bright bits of rhetorical magenta horseradish — Trump set out his vision of America in the world: America first, but America everywhere. America cutting down on its debt, but also expanding its standing army and revamping its nuclear arsenal. America standing up to China, but also striking an alliance with it. America supporting its allies, but also cracking down on them. America being restrained and judicious in its use of force, but also getting involved militarily and fighting to win…

Should’ve known better; the piece that so offended Der Trumpfuhrer’s fans was an apparently anodyne GQ profile of the woman a Stormfront blogger called “our Empress Melania”:

… Back then, in 2005, it didn’t seem odd that she and Donald Trump would mark their happy occasion with the former president and First Lady, then a senator from New York. “When they went to our wedding, we were private citizens,” Melania reminds me. Just two private citizens getting hitched at the groom’s 126-room Florida palace. He in a tux; she in a $100,000 Dior dress that laborers’ hands had toiled upon for a legendary 550 hours, affixing 1,500 crystals—jewels fit for private citizens like them. A pair of ordinary people, really, uniting in matrimony in the presence of Rudy Giuliani and Kelly Ripa, as Billy Joel serenaded the couple and guests slurped caviar and Cristal in the shadow of a five-foot-tall Grand Marnier wedding cake.

Those were, in some ways, simpler times. But things change quickly—which is perhaps the enduring fact of Melania Trump’s entire improbable life—and when your husband works up a plan to make America great again, the very same Clintons you once smiled with on your wedding day can now become your family’s mortal enemies. And you can think, as Melania Trump says she does, that it’s no huge deal, really. “This is it, what it is,” Melania tells me. “It’s all business now; it’s nothing personal.”…

END_OF_DOCUMENT_TOKEN_TO_BE_REPLACED

This is my neighbor’s yard. Every year I say I’m going to take photos and every year they are done before I remember. Not this year! I made a point the other morning to get it done. Click on the photos to see full-sized.

Just a small sampling. Next up are his irises, followed by roses and assorted summer blooms. He uses crushed coconut shells mulch, which is not only beautiful, but stays nice all season long. He refreshes it each spring and that’s it. No weeds. It is difficult to keep Bixby out of it, because it must smell really good.

No recipe exchange tonight, I didn’t even look at my kitchen this week. Back at it next week. Have a great weekend – TaMara

Consider this an open thread.

END_OF_DOCUMENT_TOKEN_TO_BE_REPLACED

About fifteen years ago when I was a budding young fascist and started this blog, I never figured I would one day be voting for Hillary Clinton for President. But shit happens, and people change, and so I just got home from early voting where I happily cast my vote for Hillary and also chose to vote for Jeff Kessler.

I don’t think she is going to do very well here, and the polling indicates that Bernie will win and Trump is going to take the state in the fall anyways, as her great performance in 2008 in West Virginia was basically because then new Sheriff Obama was a… community organizer. Regardless, I always like to vote because I think it is so important, so I went and got a haircut, went to the courthouse and voted, and then went and treated myself to a fish sandwich and coleslaw for lunch.

And no, it wasn’t even remotely difficult to “pull the lever” for Hillary as a reformed Republican. I’ve talked to a lot of people who say shit like “I can’t believe I am going to have to vote for her,” and that’s just stupid nonsense talking. In a two party system, you vote for the person who will do a better job. It’s just that simple. You aren’t voting for pope or choosing your spouse. And there is no question that of all the remaining candidates and all who have run in 2016, Hillary is, by a wide margin, the best option. So sack up and go do your duty to the country and stop wanking about as it is all about you.

BTW- 15 blog years is like 175 human years. I’d wager there are not too many blogs that have been around this long.

END_OF_DOCUMENT_TOKEN_TO_BE_REPLACED 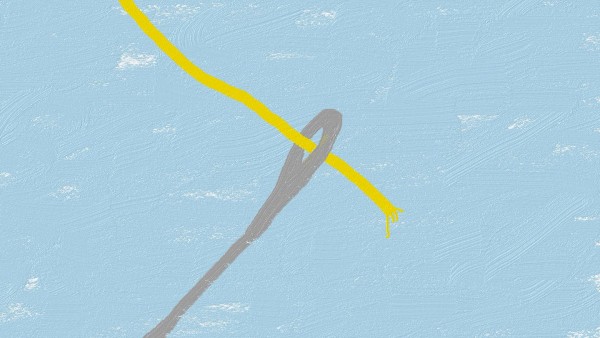 It’s instructive in a “compare and contrast” sense to read today’s NYT columns from David Brooks and Paul Krugman. Brooks is contemplating the Trumpocalypse and what it all means for professional plutocracy apologists like himself. He warns us to gird ourselves for more Applebees salad bar stories, as Doug points out downstairs, dog help us.

Brooks attributes Trump’s rise — and Sanders’ too — to a broad sense of American decline:

This election — not only the Trump phenomenon but the rise of Bernie Sanders, also — has reminded us how much pain there is in this country. According to a Pew Research poll, 75 percent of Trump voters say that life has gotten worse for people like them over the last half century.

In the morning thread, sharp-eyed commenter Jeffro noticed Brooks’ rhetorical switcheroo there, speaking of Sanders and Trump voters and then citing a poll result exclusive to the Trumpenproletariat, as if Sanders voters share the exact same concerns. And it is a sly form of both-sides-do-it-ism.

Krugman has a different take on why the Trumpites are angry as well as an explanation for why the GOP establishment candidates went down to humiliating defeat while Clinton is prevailing on the Dem side:

Both parties make promises to their bases. But while the Democratic establishment more or less tries to make good on those promises, the Republican establishment has essentially been playing bait-­and-­switch for decades. And voters finally rebelled against the con.

Krugman is right. But Brooks isn’t 100% wrong when he says there is pain on both sides of the political divide, even if he is dishonest in how he frames it. There is real pain out there, and it’s not all attributable to aggrieved white men who are finally getting a taste of the economic insecurity the rest of the world has been swallowing for decades.

Ostensibly middle-class families are one outpatient surgery deductible away from financial catastrophe. Students are graduating with crushing debt. Parents have no idea how they’ll ever retire. The unemployment rate is at a 40-year low, but try finding a decent job if you’re a 50-something woman or a 17-year-old black kid.

These things are real. And what Hillary Clinton is going to have to do is thread that needle – highlighting, protecting and expanding what President Obama and his Democratic predecessors have accomplished on the one hand while at the same time communicating that she understands how much further we have to go. It won’t be an easy task.

Yesterday, Bernie Sanders gave a speech in which he allegedly dialed back the criticism of Hillary Clinton a bit but lambasted the Democratic Party instead:

“The Democratic Party has to reach a fundamental conclusion: Are we on the side of working people or big-­money interests? Do we stand with the elderly, the children, the sick and the poor? Or do we stand with Wall Street speculators and the drug companies and the insurance companies?”

When I heard that, my first thought was, gosh, that’s not particularly helpful. How about at least acknowledging that there’s exactly one party that recently expanded healthcare coverage to 20 million people, passed Medicare, Social Security and CHIP and imposed any regulation at all on Wall Street and Big Pharma? And over the screaming intransigence of the only other party that is relevant in US elections?

But aren’t Sanders’ remarks a perfect segue for Clinton to deliver the message she must communicate? I still think Sanders will come around to endorsing Clinton and urging his supporters to support her and elect the Democratic Congressional majority she’ll need to get shit done. But in the meantime, maybe starting this conversation will do. If Hillary is going to sew it up, it’s time to thread that needle.

ETA: A piping hot new version of Cleek’s pie filter has just come out of the oven. Lay claim to your slice here.

END_OF_DOCUMENT_TOKEN_TO_BE_REPLACED

Bobo recommends we tune in, turn on, drop by the Applebee’s salad bar:

I was surprised by Trump’s success because I’ve slipped into a bad pattern, spending large chunks of my life in the bourgeois strata — in professional circles with people with similar status and demographics to my own. It takes an act of will to rip yourself out of that and go where you feel least comfortable.

But this column is going to try to do that over the next months and years.Trump will have his gruesome moment. The time is best spent elsewhere, meeting the neighbors who have become strangers, and listening to what they have to say.

It’s not surprising, and hardly a crime, that many, maybe most, people socialize primarily with people similar to themselves, but….most people haven’t made a career out of pretending to be experts on “patio men” and chain restaurants.

I liked condescendingly jokey Bobo better than sad panda Bobo, I’ll admit it. But, to paraphrase the great Joe Cabot, I’ve got a joke for you. A bunch of Republican elites, sitting in the “Meet The Press Greenroom”. All wondering how the fuck Donald Trump got to be their nominee. What should we have done, what didn’t we do, who’s fault is it, is it my fault, your fault, his fault, all that bullshit. Then one of them says, hey. Wait a minute. When we were planning the conservative movement, all we did was sit around telling jokes about Al Gore and other dirty hippies. Get the message?

END_OF_DOCUMENT_TOKEN_TO_BE_REPLACED

Everything about this is amazing. And all real Donald quotes.

END_OF_DOCUMENT_TOKEN_TO_BE_REPLACED

Governor who was elected on repealing Obamacare, thanks Obamacare for saving state money https://t.co/I2VZt1JTEf

Kentucky is the test case to see how embedded a fully implemented and operational Death Star  Obamacare really is.

It has a virulently anti-Obamacare governor and a political configuration that is not particularly supportive of broad based social welfare programs. And yet Obamacare survives. It takes a few punches as Kynect has shut down but the core functionality transfers to Healthcare.gov. The Medicaid Expansion is fundamentally intact even as Governor Bevin makes waves at seeking a harsh, punitive and counter-productive 1115 waiver.

Kentucky can do marginally dumb things that makes Obamacare work less well and reach fewer people but the Kentucky political establishment is unwilling and unable to kill implementation in their state because it costs too damn much.

This is good news for the morning.