This made me laugh because I have no doubt it is one of the truest things John Boehner has ever said:

Much of the discussion – and laughs – focused on Boehner’s views on the current presidential candidates. Segueing into the topic, Kennedy asked Boehner to be frank given that the event was not being broadcasted, and the former Speaker responded in kind. When specifically asked his opinions on Ted Cruz, Boehner made a face, drawing laughter from the crowd.

“Lucifer in the flesh,” the former speaker said. “I have Democrat friends and Republican friends. I get along with almost everyone, but I have never worked with a more miserable son of a bitch in my life.”

I bet when this whole thing is over he’ll end up getting 27% of the GOP vote.

END_OF_DOCUMENT_TOKEN_TO_BE_REPLACED

Finally there is in-region, in-product idiosyncratic pricing variation. A new paper in Health Affairs looks at the pricing variance within markets and between markets for commercial insurers. **

Our study included prices for up to 242 services in each of forty-one states and the District of Columbia. Prices for 162 of these services were reportable in all forty-one states and the District of Columbia. We found that the ratios of average state prices to the average national price for these 162 services varied from a low of 0.79 in Florida to a high of 2.64 in Alaska. Ratios at the twenty-fifth and seventy-fifth percentiles—Oklahoma (0.97) and New Mexico (1.25)—differed by 0.28….

Average prices were computed for 242 services, some of which are standardized collections of common groupings of diagnostic and procedure codes.9 Some services have a single code (for example, Current Procedural Terminology [CPT] code 76811 is for pregnancy ultrasound). Other services encompass an episode of care, such as knee replacement, which includes a specialist’s evaluation, surgery, physical therapy, and follow-up evaluation.…

Examining price variation by service provides an understanding of the impact of the variation on patients and insurers. We selected three services—pregnancy ultrasound, knee replacement, and, again, cataract removal—for this examination because they exemplify the range of services and the extent of price variation that exist for common medical services….

Based on the interquartile range ratio, knee replacement prices appear to have the least variation: 1.32, compared to 1.54 for pregnancy ultrasound and 1.47 for cataract removal (Exhibit 3). However, the national average price for knee replacement is more than a hundred times higher than the national average price for pregnancy ultrasound and ten times higher than the price for cataract removal (see the Appendix).11 Thus, even though knee replacement has less variation in price than the other two services do, its variation can have a substantial impact on total expenditures and on patient cost sharing….

Price variation within states was examined though MSA-level prices….We also found considerable variation in the average price for pregnancy ultrasound (Exhibit 6). The average price in Cleveland ($522) was almost three times that in Canton ($183), even though these two Ohio MSAs are only 60 miles apart. Conversely, Virginia Beach ($275) and Richmond ($271), both in Virginia and 107 miles apart, had nearly identical average prices.

I would want to overlay the pricing variations with some type of medical provider market concentration factor.  I would bet that areas within a state that have higher levels of pricing than other areas in the state are also areas where the providers are relatively more concentrated than the payers.  Elective procedures that are deferrable (knee replacements)  and quasi-elective procedures that are fairly low skill and generic (pregnancy ultrasounds) should have variance in pricing due to local general price levels (New York City should be more expensive than Buffalo on this logic) but the wild swings should not be present if the medical services markets were vaguely efficient or functional.

END_OF_DOCUMENT_TOKEN_TO_BE_REPLACED

And there’s so much of it, right now. Politico reports that “Trump rejects new adviser’s push to make him ‘presidential’”:

… Trump became upset late last week when he learned from media reports that Manafort privately told Republican leaders that the billionaire reality TV star was “projecting an image” for voters and would begin toning down his rhetoric, according to the sources. They said that Trump also expressed concern about Manafort bringing several former lobbying colleagues into the campaign, as first reported by POLITICO.

Neither Lewandowski nor Manafort responded to requests for comment, though Manafort on Sunday during an interview on Fox News blamed Lewandowski’s regime for shortcomings in the campaign’s delegate wrangling operation. Lewandowski’s allies responded by privately questioning whether Manafort has done anything to improve the situation. They grumble that Manafort has spent a disproportionate amount of time on television — just as Trump himself has been avoiding the Sunday morning talk show circuit at Manafort’s urging.

“I think it pisses him off that he was getting free television by going on the shows and now Paul Manafort is out there resurrecting his career,” said one campaign operative. Citing Manafort’s advocacy within the campaign for an expensive advertising push in upcoming states, the operative said Trump is “saying I can get on every show I want for free and you’re telling me not to do that and that I should pay for my advertising? That doesn’t pass the smell test to me.”

The mounting tension comes as Trump is struggling to incorporate traditional political tactics with the cult-of-personality approach that helped him climb from long shot to front-runner for the GOP nomination. In some ways, Manafort and Lewandowski represent the ego and the id of that balance, with the hardscrabble outsider Lewandowski earning Trump’s trust early, only to be challenged by the more polished insider brought in late last month to provide help as Trump’s campaign struggled to secure loyal convention delegates…

************
Anyone wants to take bets on when the Lewandowski/Manafort spat moves beyond the metaphorical pissing matches to an actual fist fight? And has Roger Stone started the betting book already?

END_OF_DOCUMENT_TOKEN_TO_BE_REPLACED

ETA: NSFW (language) or for people who’ve been bullied (you already know)

… Fairfax County firefighter Nicole Mittendorff, 31, killed herself in Virginia’s Shenandoah National Park, the state medical examiner concluded. But even after the search for her was over, her body was identified and memorial candles began to burn, the cyberbullies — who claimed they were her fellow firefighters — kept scorching away at Mittendorff online.

Online harassment gets directed at public-facing women on social media and by online commenters all the time… I know. I am on the receiving end of the onslaught daily.

Here’s a gem I got during a week when I wrote about a neighborhood bone marrow drive and Planned Parenthood:

“Hey Petula, you [profanity] ugly [profanity],” he wrote in a Facebook message. “Too bad your mother did not have an abortion.”

I Googled him. He’s an older income tax specialist living on Long Island who likes to post inspirational quotes and pictures of himself on his Facebook page.

He’s not a co-worker, just a foul-mouthed jerk trying to humiliate me for what I do for a living…

Men, part of the burden of cleaning up this kind of anti-social behavior has to be on you. Middle-aged tax specialists and nitwit stans on barstools alike don’t just do this for their own pitiful gratification — they think it makes them look manly in the eyes of their peers. I’ve seen for fifty years, starting when my younger brothers were forming friend-packs, that Y-chromosome carriers are every bit as susceptible to peer pressure as junior high girls; there’s always one trailing street ape who wants to push the mutual social displays a step too far, and it’s only his personal street ape cohort that can smack him back into line.

Twenty years after Anita Hill exposed the ugly realities of workplace sexual harassment, even the dumbest office workers have learned that Everybody does it and besides it was just a joke is no longer a free pass. Plenty of ugly stuff still happens, but persistent pressure has weeded out all but the real sickos (and even they’ve learned to be more furtive about it). And the anti-bullying school campaigns are giving the rising generation tools their elders don’t always have for calling out bad online behavior. Right now, it’s time for those of you who’ve finished puberty to call out your fellows who slide into this kind of anti-social behavior, if only because these guys are giving all men a bad name as would-be molesters and enablers.

END_OF_DOCUMENT_TOKEN_TO_BE_REPLACED

I had a long day and am cranky so I am watching the blacklist and eating chocolate ice cream (have been off the ice cream fora while) as a treat.

END_OF_DOCUMENT_TOKEN_TO_BE_REPLACED

I’m featuring two playwright/screenwriters this week and one pop culture critic. I thought it sounded like a fun mix.

I love reading screenplays and plays. While a novel can take me to a different place for a while, screenplays and plays engage my imagination on multiple levels. I’m engaged with the characters, I’m designing the set, I’m framing my shot, I’m blocking scenes. It’s a total experience for a certified theatre geek and film/tv addict. So I was happy to feature our resident playwrights.

First up is Joshua James: 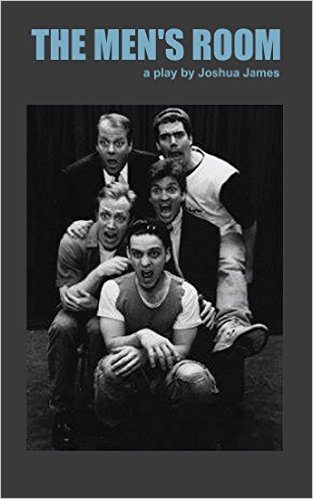 END_OF_DOCUMENT_TOKEN_TO_BE_REPLACED

Living in ruins of the palace within my dreams
And you know we're on each other's team pic.twitter.com/CuS0BINkeH

Every pot will find its lid, as the saying goes. According to the Washington Post:

INDIANAPOLIS — Ted Cruz, in an apparent act of desperation, announced Wednesday that Carly Fiorina will be his vice presidential running mate if he is the Republican nominee for president.

Announcing a running mate is an unusual step that comes as he trails GOP front-runner Donald Trump by a wide margin and faces an increasingly narrow path to the Republican nomination.

Cruz hopes to gain steam in what amounts to a must-win for him in Tuesday’s Indiana primary. A day before the announcement, Trump drubbed Cruz in five Eastern states and stretched his overall lead in delegates to the Republican convention to nearly 400…

Well, at least it’ll make the comedians happy. TBH, it already has…

“I would define that ticket to the American people in this way: mean and meaner,” @BarbaraBoxer on Cruz/Fiorina: https://t.co/sfkFKPtKYi

Apart from snark (more below the fold), what’s on the agenda for the evening?

Real takeaway from last night was that the scale of Trumps victories made Cruz look ridiculous. So this definitely helps.