On Memorial Day the Sarasota Sheriff’s Office had to have a Fish and Wildlife Officer drag a large gator out of a swimming pool in Venice, FL.

Sarasota County Sheriff’s deputies were called to a Venice, Florida, home Monday to help relocate the uninvited guest, which was measured at 7 to 8 feet long.

Gators in Florida swimming pools are not uncommon. But this one was captured on video thrashing and rolling about as a Florida Fish and Wildlife Conservation Commission trapper attempted to drag the critter out of the water.

This type of thing happens quite often in Florida and usually looks something like this:

END_OF_DOCUMENT_TOKEN_TO_BE_REPLACED

I worship Jesus, not Mother Earth. He calls us all to be good stewards of the planet, but doesn't mean I have to care about global warming.

Maybe Erick Infinite Ericks is just envious of the “Dumbest Man on the Internet” title. At least he took the ‘studying for my preacher license’ line out of his bio, because it seems like he’s never actually read the New Testament. Where’s a [Jesus: facepalm] GIF when you need one?…

I worship Jesus, not other people. He calls us all to love our neighbor, but that doesn't mean I have to care about genocide

1/ The GOP has mastered the skill of identifying folks fear and anger of 'the other' into a hatred of anything seeming elite, e.g. Science.

2/ what is diabolical about this is that these leaders know better. They know science is real. They know climate change isn't a hoax.

5/ what could be more important than a clean, God-Given planet that our own grandchildren can thrive in? Could it be money? My God…

6/ that would be the height of cynicism. Diabolical. To stick your middle finger in the eye of God…what scum would be brazen enough…

Here's a good quote for you sir. pic.twitter.com/CqKCCjHdfJ

END_OF_DOCUMENT_TOKEN_TO_BE_REPLACED

Tonight’s Trump-Russia news dump comes from the Washington Post, presaged earlier in the day by an article in Sputnik tweeted out by the Russian Embassy in the United States.

Last December, in response to Russian hacking of the election and harassment of American diplomats in Moscow, President Barack Obama ordered 35 Russian diplomats out of the country and demanded that Russia vacate properties in Long Island and on Maryland’s Eastern Shore, supposedly for rest and recreation of the Russian diplomatic corps in the United States but suspected of also functioning to gather intelligence.

That was on December 29. The next day Michael Flynn, President-elect Trump’s presumptive National Security Advisor, spent a lot of time on the phone with Sergey Kislyak, the Russian ambassador to the United States. After those phonecalls, Russian President Vladimir Putin magnanimously decided against reciprocating, an unexpected move. Usually expulsion of diplomats is followed by an equal and opposite expulsion of the first country’s diplomats. But it was the Christmas season.

Nobody has canceled principle of reciprocity in #diplomacy. We gave US?? chance to adjust expulsion & expropriation https://t.co/iQZQBFC6bg pic.twitter.com/SV3ZkulW01

Supposedly nothing is decided yet. It looks like Trump is willing to end part of the sanctions against the Russians for their election hacking just because he’s a nice guy. Or because the Russians were nice guys and didn’t reciprocate the expulsion.

END_OF_DOCUMENT_TOKEN_TO_BE_REPLACED

The Penguins got lucky on Monday night. They looked like crap except for a ten minute flurry in the first period which gave them enough of a cushion to survive playing lazy defense against a team that was jumping on the counter-attack.

So now that they stole a game that they really should not win, let’s see cheer them on tonight as they try to reduce their magic number to two.

No politics in this open thread

END_OF_DOCUMENT_TOKEN_TO_BE_REPLACED

The mister and I tied the knot. Here’s my favorite picture from our wedding: 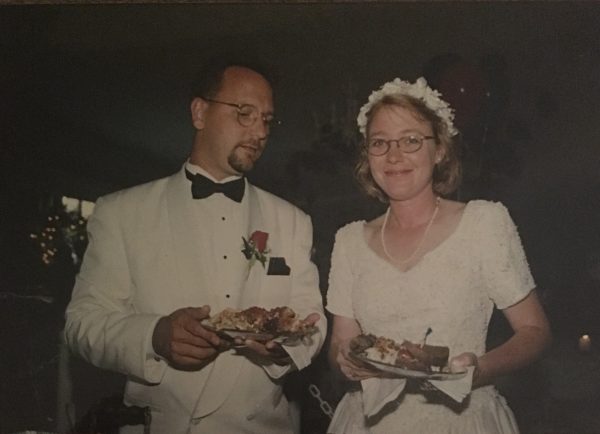 He’s eyeballing my food, a common theme throughout our life together. And yet he still looks the same, and I’m older and fatter despite him eating half my food all these years!

Oh well. Life isn’t fair. But it’s pretty damn sweet if you have good company for the journey. I’m a lucky woman.

END_OF_DOCUMENT_TOKEN_TO_BE_REPLACED

Hillary Clinton just wrapped up an interview at CodeCon. It went sorta like this:

I didn’t see the whole thing, but here are a few notable excerpts:

On her future: “I’m not going anywhere, I have a big stake in what happens with this country. I am very unbroken about what happened because I don’t want it to happen to anyone else. I don’t want it to happen to the values and institutions that we care about in America. I’m going to keep writing and keep supporting people who are on the front lines…”

Democratic strategy going forward: “You’re absolutely right [Democrats] used to leave so many races uncontested, and we’re not going to do that anymore.”

On Russian interference in the election: “The Russians in my opinion could not have known how best to weaponize that information unless they had been guided by Americans.”

On who was directing Russian interference: “I’m leaning Trump.”

Here’s the full interview (trigger warning: The intro and outro music is “Roar”):

The interview will launch thousands of dude-bro hot takes to the effect that Clinton should sit down and shut up. Trump may have to invent more genuine frontier gibberish to express the proper levels of outrage. Me? I’m glad she’s laying it all out there. We need her voice.

PS: One amusing detail: In response to a question about how well she knew Trump, Clinton said she went to “his third wedding on a lark” and noted that she sat behind Shaquille O’Neal, so she “didn’t see anything.”

END_OF_DOCUMENT_TOKEN_TO_BE_REPLACED

NEW: Comey will testify publicly before the Senate Intelligence Committee as early as next week https://t.co/mWY0WcvAGI

So potentially talking about Presidential obstruction of justice….

SCOOP: the head of the fraud section at Justice is joining Bob Mueller's Russia investigation. By @Tschoenberg22 https://t.co/BXiNaBozdf

And potentially following the money….