At midnight tonight the Seelie and Unseelie Courts of the Faerie Folk will troop to their winter demesnes. It’s moving day, or night if you prefer! Tonight will be the last wild hunt of the season. So take care, the King of the Unseelie Court, the Fool of the Forth, Amadan na Briona rides to the hunt this night. If you are seen by him and his court you will be lost forever!

If we shadows have offended,
Think but this, and all is mended—
That you have but slumbered here
While these visions did appear.
And this weak and idle theme,
No more yielding but a dream,
Gentles, do not reprehend.
If you pardon, we will mend.
And, as I am an honest Puck,
If we have unearnèd luck
Now to ’scape the serpent’s tongue,
We will make amends ere long.
Else the Puck a liar call.
So good night unto you all.
Give me your hands if we be friends,
And Robin shall restore amends.
A Midsummer Night’s Dream, Act 5, Scene 1

END_OF_DOCUMENT_TOKEN_TO_BE_REPLACED

Does anyone know anything about the legality of this?

Manafort currently has three US passports, each under a different number. He has submitted 10 passport applications in roughly as many years, prosecutors said.

END_OF_DOCUMENT_TOKEN_TO_BE_REPLACED

When hunting for metaphor, a true sportsman lowers his rifle from a hurt, lethargic or easy target. We shall speak of this photo no more. pic.twitter.com/zPIeEHw0xr

Washington Post‘s Alexandra Petri is a gem. “The Cask of Amaralago”:

The thousand injuries of Don Ald I had borne as best I could, but when he ventured upon insult I vowed revenge…

When I encountered him on the night of the festival (his costume was only an orange Make America Great Again hat with a pumpkin on it, available on his website for $45.00), I could not let off clasping his hand, such was my delight at seeing him, on the very evening of the ripening of my design. And because he insisted on clasping my hand a long time as a show of dominance. But it did not affect me.

“It is fortunate indeed that we are met, Don Ald,” I said. “This night I was on the verge of making a deal with Chuck and Nancy, and now I encounter you.”

“Yes,” I said, “I have been called such a name.” I choked down the bile that rose in my throat. “I have found something quite remarkable in the vaults below my party’s ancestral home — oh, it was a party once! A way to build your wall, that is cheap, and for which Mexico will pay. Ah, but I must not trouble you on this festive night. Chuck and Nancy will believe me, if you will not. I shall descend and eat my well-cooked steak and admire my wax replicas of your beautiful children in solitude, surrounded by gold leaf, and trouble you no longer.”

I placed a mask upon my face. I took two flambeaux from their braces on the wall and led him into my party’s vaults…

“There,” I said, and pointed to a narrow three-walled enclosure. It was composed on three sides of the bones of an elephant. I had gotten them from a cartoonist who wanted something he could draw as an unsubtle metaphor. “Go in and I will show you.”

He wandered in. It was the work of a moment to chain him to the bones. I pulled out bricks and mortar.

To teach her about capitalism he'll sit at home, send her out to get candy, take 90% & call himself a candy provider pic.twitter.com/lenOGNLLv1

Especially funny when you enjoy the fact that about a quarter of all US children now live in poverty. Capitalism working right up to code! https://t.co/wH2gC9p8KG

My 6yo found this the other day. When I asked if he wanted to change his costume from a zombie he said "no, zombies are nicer to girls." pic.twitter.com/Uizs9qgeB6

END_OF_DOCUMENT_TOKEN_TO_BE_REPLACED

Would not surprise me a bit if the Dodgers take this one and it all comes down to game seven. But Verlander.

END_OF_DOCUMENT_TOKEN_TO_BE_REPLACED

Revenant, “a visible ghost or animated corpse that is believed to have revived from death to haunt the living”. Oval Office occupants embracing this undead lie is the scariest story I’ve seen all season…

Three-fifths of my brain remembers there being some sort of compromise at the Constitutional Convention https://t.co/joaFIWwdT9

Why the f is John Kelly defending slavers? https://t.co/NqgcVAjAtN

Been a lot of hemming and hawing over the term "white supremacist." Fools who won't be satisfied until Trump literally lynches someone.

END_OF_DOCUMENT_TOKEN_TO_BE_REPLACED

Nothing but old people like me sitting on the porch waiting for the young punks to come around: 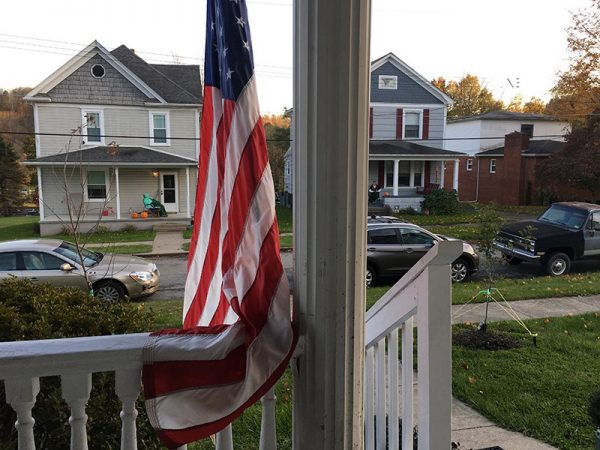 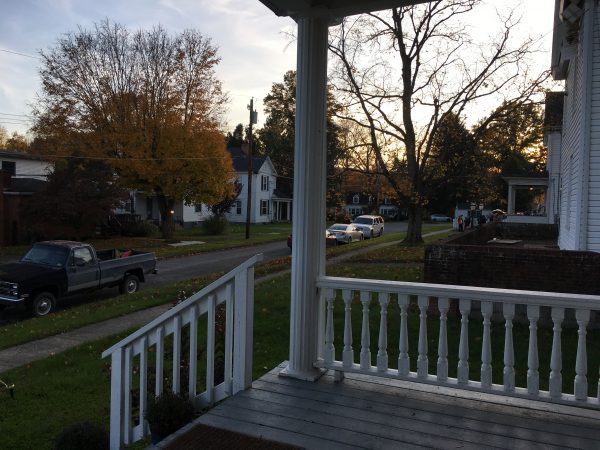 The annual parade and costume judging contest went off without a hitch, and now for the candy. Good number of kids, but I figgered it best not to take pictures of them and post them online, so all you get is the porch.

They come in swarms like locusts. Not as many teens this year, which is a shame. They should trick or treat, too! Not much else to do around here.

This is still the best costume I have seen this year:

What are you all up to? Shame about NYC.

END_OF_DOCUMENT_TOKEN_TO_BE_REPLACED

Here’s the live stream of the NYPD Press Conference regarding the attack/incident on the lower west side earlier this afternoon.

The information regarding today’s attack will likely change over the next 24-36 hours, so keep that in mind.