You’d think with the 2016 election being recent history, people would recognize what is going on. I mean, fer fuck’s sake, everyone and their brother has heard of gaslighting by now. Apparently not, though:

No, he’s not. Mueller’s complaint was that the media was misrepresenting the investigation pic.twitter.com/u8n3YbhwAx

BECAUSE BARR MISLED THE MEDIA FFS

We need to bring back those RIF commercials

THIS IS PRECISELY WHAT BARR WANTED. The reason he sent the initial letter was sent by Barr WITHOUT RELEASING THE REPORT is so that useful idiots and hacks could run around and make statements about how Trump was totally cleared, and then by the time the actual report was released the waters would be sufficiently muddied that it didn’t matter what the actual report said because now there could be a debate about it. It’s what they fucking do with everything. It’s why corporations spend so much money funding alternative studies debating shit that is undebatable, like climate change or whether cigarettes are addictive and on and on.

The media didn’t intentionally misrepresent the report- Barr did and misled the media. That was his intent.

END_OF_DOCUMENT_TOKEN_TO_BE_REPLACED 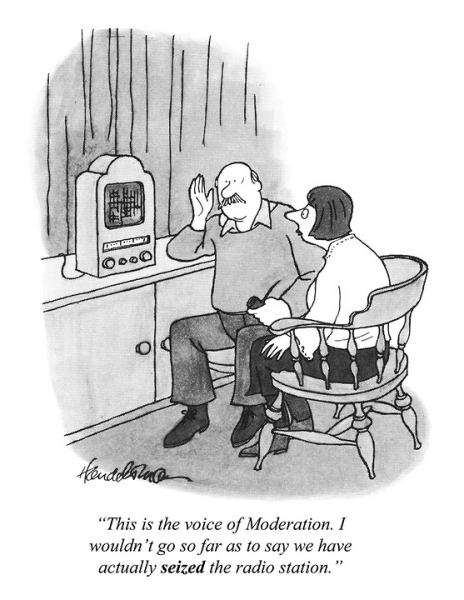 This isn’t going to be a long post. I know Cheryl is working on a longer one/deeper dive that she’ll publish when she’s finished it, but I figured we should put something up. Right now the news I’ve seen out of Venezuela from today make it pretty clear that Juan Guiado’s Operacion Libertad is long on concept and short on execution. I’m not a big fan of Maduro, but you’re not going to overturn an established government that is being supported by both the Venezuelan military and the Russians – including Russian military contractors. Despite how much the President, the Secretary of State, and/or the Assistant to the President-National Security Advisor (APNSA/NSA) cheerlead for you on Twitter. Moreover, they can’t seem to get their stories straight. The President and Bolton have warned Cuba off of providing Maduro support, while Secretary Pompeo is claiming Russia is keeping Maduro in power. It also doesn’t help if the newly freed political prisoner, Leopoldo Lopez, that you’ve brought to the announcement of your people’s revolution to lend legitimacy decides he needs to seek refuge from the Maduro government in the Chilean Embassy in Caracas.

It also doesn’t help if you can’t be bothered to do the minimal staff work required to make your video statement of solidarity and support to Guiado and the Venezuelan people in Spanish. For Deity’s sake, White House Director of Strategic Communication Mercedes Schlapp is a fluent Spanish speaker, even if it’s Cuban Spanish, not Venezuelan Spanish. Ask her to write the damn statement out in transliterated Spanish and then take the 30 minutes to practice getting it right with her. Strategic communication is why she’s on payroll! You know how I know that? It’s in her job title!

To all the patriotic citizens of Venezuela: pic.twitter.com/qlByCPk7Qj

It would also be really nice if the administration could coordinate their messaging on this matter. Coordinating those types of things are actually part of Bolton’s job, but like all the rest of his job that doesn’t involve warmongering, he’s neither interested in it nor good at it.

US Secretary of State Mike Pompeo tells CNN's @WolfBlitzer that it's time for Nicolás Maduro to "leave," adding "He has no answers for the Venezuelan people and the United States is determined to assist the Venezuelan people in restoring democracy." https://t.co/19NDtL2h3Y pic.twitter.com/mzUjviHBiK

No answers for the Venezuelan people, but the US is determined to assist the Venezuelan people. What does that even mean? That isn’t a strategic communication, that’s a mixed message that says: 1) We’ve got nothing for you, but 2) You all go for it, we’re here for you. Huh?

There’s really no coup here as Guiado’s doesn’t have the resources. Unless he’s able to flip the military and the police, he may have Venezuela’s constitution and law on his side, but that’s all he has. Sixty-nine people were hurt today, which is, fortunately, not a higher number of casualties. Other than that, it doesn’t appear much of anything is really happening. Guiado’s got nothing to work with here. Maduro knows it and, more importantly, Maduro’s patron Putin knows it. The President can tweet orders at the Cubans, Bolton can preen and posture on video or Fox News all he wants, but there’s no victory here for the opposition he’s supporting.

Things could, of course, get worse…

Erik Prince – the founder of the controversial private security firm Blackwater and a prominent supporter of U.S. President Donald Trump – has been pushing a plan to deploy a private army to help topple Venezuela’s socialist president, Nicolas Maduro, four sources with knowledge of the effort told Reuters.

The two sources with direct knowledge of Prince’s pitch said it calls for starting with intelligence operations and later deploying 4,000 to 5,000 soldiers-for-hire from Colombia and other Latin American nations to conduct combat and stabilization operations.

Prince’s delusions of grandeur are unlikely to go anywhere. Everyone in the region, as well as everywhere else, knows that Prince is a wholly owned subsidiary of the PRC who bankroll his Frontier Services Group. The last thing anyone wants is to have the PRC occupy Venezuela via their proxy Erik Prince.

I think the key takeaways here are:

What could possibly go wrong?

END_OF_DOCUMENT_TOKEN_TO_BE_REPLACED

Commenter Joey Maloney sent along two adorable photos of her kitteh, Elvira (Mistress of the Dark). First up, day one at home: 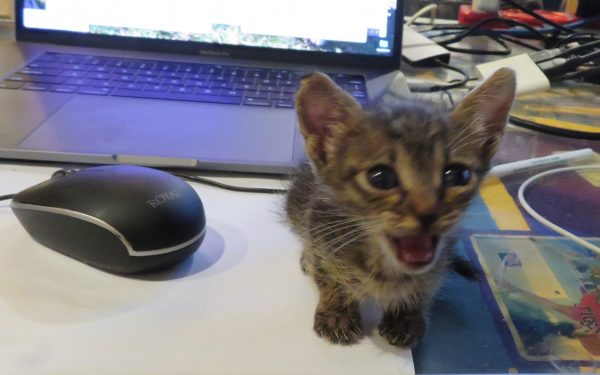 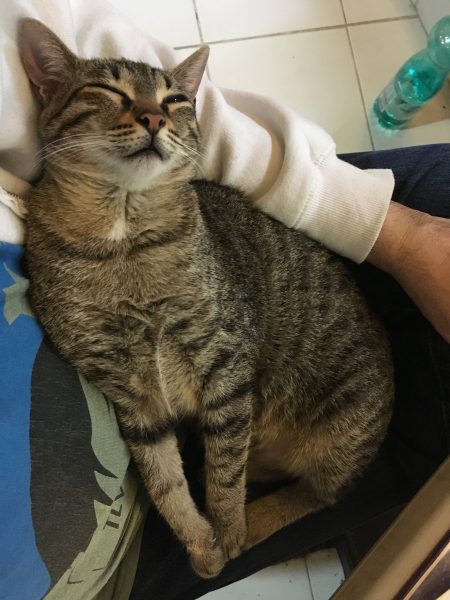 That is one happy adoption, I’d say.

That’s your reprieve from life for the moment.

END_OF_DOCUMENT_TOKEN_TO_BE_REPLACED

I was sworn to secrecy so I can not divulge who my dealer is, but tomorrow I will be feasting on an omelet made from farm fresh eggs, ramp pesto, and morels. 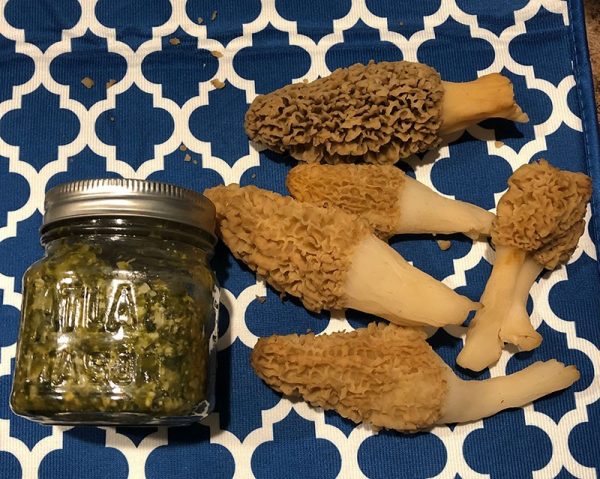 I had a long post mentally composed that I wanted to make about how we remember things, but now I am too tired to write it all, so we’ll have to wait until I am in stream of consciousness mode again.

END_OF_DOCUMENT_TOKEN_TO_BE_REPLACED

Mueller told the attorney general that the depiction of his findings failed to capture ‘context, nature, and substance’ of probe https://t.co/kHwpkz9haz

“The summary letter the Department sent to Congress and released to the public late in the afternoon of March 24 did not fully capture the context, nature, and substance of this office’s work and conclusions,” Mueller wrote. “There is now public confusion about critical aspects of the results of our investigation. This threatens to undermine a central purpose for which the Department appointed the Special Counsel: to assure full public confidence in the outcome of the investigations.”

The letter made a key request: that Barr release the 448-page report’s introductions and executive summaries, and made some initial suggested redactions for doing so, according to Justice Department officials.

Justice Department officials said Tuesday they were taken aback by the tone of Mueller’s letter,

Oh, I’m just sure they were taken aback…that it leaked.  Shot across the bow.

Since the Mueller report was completed, Attorney General Barr has acted more like the president’s attorney than a protector of the rule of law. This isn't normal.

Today my colleagues and I called on the DOJ Inspector General to investigate DOJ’s handling of the Mueller report.

END_OF_DOCUMENT_TOKEN_TO_BE_REPLACED

The Baylor Lady Bears at the White House and their coach reacting to the fast food offerings are a mood: pic.twitter.com/z9LBeS0Gbe

‘Ignorant and proud of it’ is pretty much his brand, and the GOP’s as well. As Jimmy Breslin used to say, Class tells, when there is no class…

This year's National Teacher of the Year is a black man https://t.co/Dap3ZdHCrQ

Trump isn't trying to mask his racism any more than the tiki torch-bearing brownshirts he protects pic.twitter.com/v5TD5mokCd

Agreed. It saves him the awkwardness of figuring out how to react to being in a media scrum next to the nation’s most horrific POTUS.

END_OF_DOCUMENT_TOKEN_TO_BE_REPLACED

A Republican county committee in Idaho says it’s just trying to help one of its constituents get married. She happens to be an alt-right YouTuber who promotes “white genocide” theories, and she’s engaged to an Austrian white nationalist leader with alleged ties to the New Zealand mosque shooter.

The Kootenai County Republican Committee, representing the GOP in Idaho’s third-most-populous county, unanimously passed a resolution Monday to pressure the federal government to reinstate travel abilities for the Austrian fiancé, Martin Sellner, who leads the right-wing “Identitarian Movement Austria.” Sellner is engaged to Brittany Pettibone, an alt-right YouTuber who lives in the solidly-red county, and the two hope to wed in Idaho this summer.

Sellner says he lost his travel privileges after he was investigated by Austrian authorities following the two mosque shootings in Christchurch last month.

The Birchers, neo-confederates, nazis and neo-nazis, klansmen, and lost causers have always existed in American society, bubbling below the surface, every now and then belching up some noxious bile, but now that the Republican party has started to openly embrace them rather than just pander and dogwhisper to them, I don’t know how we put this genie back in the bottle. We’re going to be a majority minority nation with a petulant, armed, and violent minority causing problems for a century if we don’t crush this shit. There’s a reason these fuckers all worship Rhodesia and South Africa.