lmao this place is gonna go broke so fast https://t.co/uomV31Yw31

END_OF_DOCUMENT_TOKEN_TO_BE_REPLACED

This is the second set of pictures from my August 2006 road trip. After leaving Wyoming, I went to Denver for a couple of days of sightseeing and then on to Buena Vista. It is a small town in central Colorado, in the shadow of the Collegiate Peaks. I spent a couple of days there at an orienteering event and then started back west. On the way, I stopped at Mesa Verde and Grand Canyon National Parks. The first four pictures are just scenes along the way.

END_OF_DOCUMENT_TOKEN_TO_BE_REPLACED 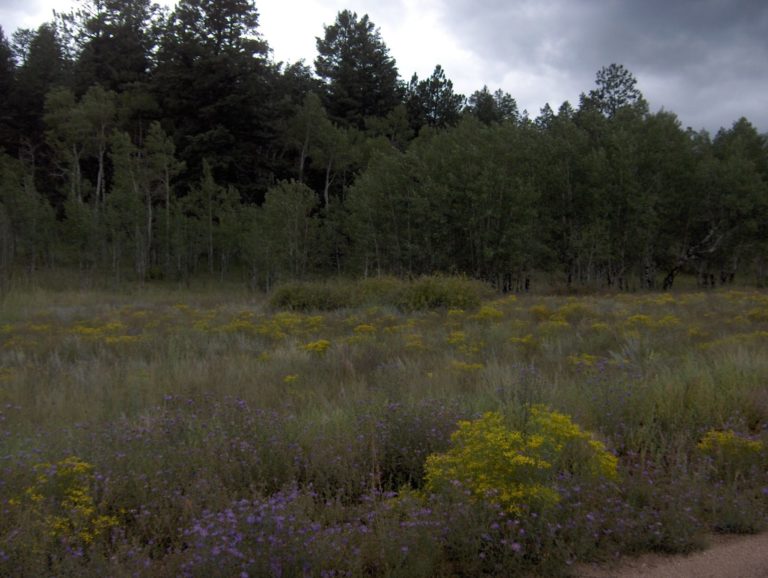 This is just a shot I took of a meadow by the road to one of the orienteering events.

END_OF_DOCUMENT_TOKEN_TO_BE_REPLACED

“His constructional duty.” Of all sad words of tongue or pen… Stupid gonna stupid, and the GOP is busily distilling itself down to the mercury-droplet level of poisonous stupidity. Even Mike ‘Win the Morning’ Allen has taken to pointing out the obvious, now that there’s no ‘but my access’ punishment for doing so — “How Trump caved on the coronavirus relief bill”:

… How it happened: Over many days, Mnuchin and McCarthy — aided by Sen. Lindsey Graham (R-S.C.), who golfed with Trump in West Palm Beach on Friday — indulged the president’s rants, told him there was great stuff in the bill, and gave him “wins” he could announce, even though they didn’t change the bill…

One can but hope, she said piously.

END_OF_DOCUMENT_TOKEN_TO_BE_REPLACED

The Rasmussen polling organization has always tilted right, which is the reason no responsible commenter quotes it uncritically. But they’ve gone over the edge, urging Vice President Pence to intervene illegally in the election when he announces the results to Congress on January 6.

They quote Josef Stalin in support of their proposal because we know he always had the little guy’s welfare at heart.

END_OF_DOCUMENT_TOKEN_TO_BE_REPLACED

This about sums things up:

END_OF_DOCUMENT_TOKEN_TO_BE_REPLACED

Section 230 of the Communications Decency Act has been in the news a lot lately. Conservatives hate it!

It is now broadly recognized that Joe Biden doesn’t like Section 230 and has repeatedly shown he doesn’t understand what it does. Multiple people keep insisting to me, however, that once he becomes president, his actual tech policy experts will understand the law better, and move Biden away from his nonsensical claim that he wishes to “repeal” the law.

In a move that is not very encouraging, Biden’s top tech policy advisor, Bruce Reed, along with Common Sense Media’s Jim Steyer, have published a bizarre and misleading “but think of the children!” attack on Section 230 that misunderstands the law, misunderstands how it impacts kids, and which suggests incredibly dangerous changes to Section 230. If this is the kind of policy recommendations we’re to expect over the next four years, the need to defend Section 230 is going to remain pretty much the same as it’s been over the last few years.

Well… not all liberals.

Just look at the #BlackLivesMatter movement. So many cases of unjust use of force against Black Americans have come to light via videos on social media. Not a single #MeToo post accusing powerful people of wrongdoing would be allowed on a moderated platform without 230.

Jeez, this must be a really complicated law if nobody can even agree on what it says. What’s that? It’s not? This is the only part that isn’t basically statements of principles, a glossary, or footnotes?

(1) Treatment of publisher or speaker

No provider or user of an interactive computer service shall be treated as the publisher or speaker of any information provided by another information content provider.

(A) any action voluntarily taken in good faith to restrict access to or availability of material that the provider or user considers to be obscene, lewd, lascivious, filthy, excessively violent, harassing, or otherwise objectionable, whether or not such material is constitutionally protected; or
(B) any action taken to enable or make available to information content providers or others the technical means to restrict access to material described in paragraph (1).[1]

A provider of interactive computer service shall, at the time of entering an agreement with a customer for the provision of interactive computer service and in a manner deemed appropriate by the provider, notify such customer that parental control protections (such as computer hardware, software, or filtering services) are commercially available that may assist the customer in limiting access to material that is harmful to minors. Such notice shall identify, or provide the customer with access to information identifying, current providers of such protections.

People are wrong about this law in myriad ways. The most popular misconception seems to be that websites must act as “platforms, not publishers” if they want this protection; making editorial decisions, this argument goes, turns them into publishers. You will notice that this does not appear in the law.

It is very, very straightforward. A website–ANY website–which allows user-generated content is (broadly speaking) not liable for that content and can moderate it however the hell they want. In other words, Section 230 grants the people who run any website the right, under the first amendment, to control what happens on their own property, and shields them from liability should a user, without the site’s knowledge, post illegal content.

Many of the suggested “reforms”, such as those by butthurt conservatives, are offered in bad faith. But even legislators we like more, such as Brian Schatz (D-HI), are introducing bills that would compel censorship and lead to regulatory capture by the largest businesses, like Facebook and Twitter. (Do you want Facebook stamping on a human face forever? Because this is how you get it.)

What would a world without Section 230 look like? We actually have a great case study. In 2018, a package known as FOSTA-SESTA was signed into law, with the stated intent of cutting down on online sex trafficking. It removes Section 230 protections for user-posted content found to be promoting “sex trafficking”. This opened websites up to huge potential liabilities, mostly around advertisements for sex work. Rather than figure out how to proactively prevent this content from being posted, sites like Craigslist simply shut down their entire Personals section, and sites like Backpage simply shut down entirely. This probably does not decrease the amount of sex trafficking, but, as the DOJ argued at the time, probably does make it harder to detect and prosecute. This doubtless also contributed to Tumblr’s decision to ban all adult content (as well as “female-presenting nipples”), and Facebook’s decision to start shutting down communities that kinda sorta hint at porn or sex work, even in jest. Needless to say this has been to the detriment of online communities for sexual minorities.

So, keep an eye on this. If you like commenting on political blogs, it may soon be relevant to you.

(But don’t take my word for it. TechDirt has a wonderful post going over all this: Hello! You’ve Been Referred Here Because You’re Wrong About Section 230 Of The Communications Decency Act)