If Young Jared doesn’t beat them to the front page…

The story lives! It LIVES! https://t.co/7WAMM0Xu7W

END_OF_DOCUMENT_TOKEN_TO_BE_REPLACED 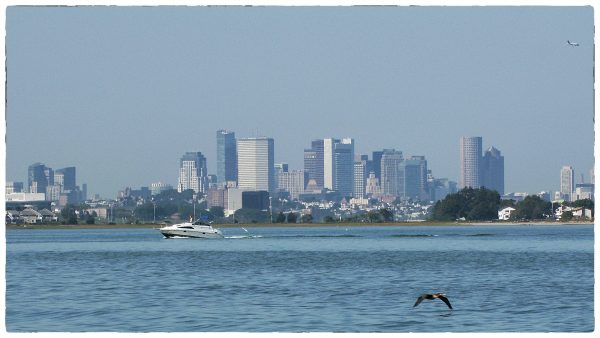 I will never tire of this view. This was my morning walk all week. Back at home now and yard work awaits, but it looks  like we could use an open thread before I head outside.

What’s everyone else doing with the rest of their afternoon?

END_OF_DOCUMENT_TOKEN_TO_BE_REPLACED

Back by popular demand (well, the polite request of one popular person): 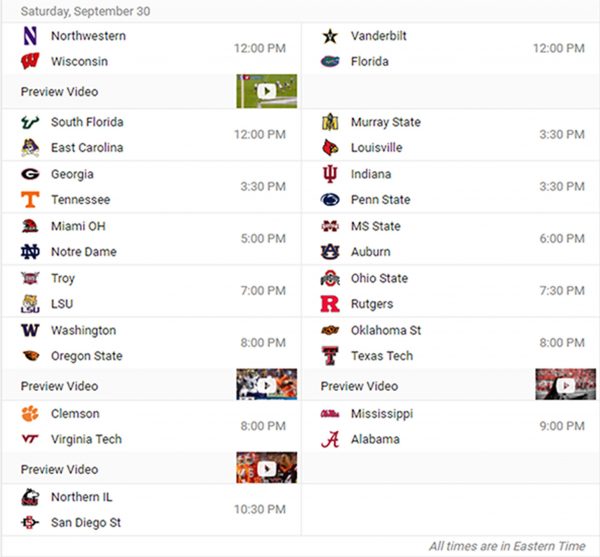 No predictions, but Go Gators, Go Bulls, Go Dawgs and Geaux Tigers. (I have a sinking feeling this might be Vandy’s year.)

END_OF_DOCUMENT_TOKEN_TO_BE_REPLACED

A news story about a police officer (in Salt Lake City!) manhandling an ER nurse for RESISTING HIS AUTHORITAY!!! seemed almost too on-the-nose as an analogy for life during the Trump Occupancy. But there are real people at the heart of this metaphor, and the Washington Post followed up:

… William Gray, a commercial truck driver and reserve police officer, died late Monday of the injuries he suffered when a fiery July 26 crash left him with burns over nearly half his body, University of Utah Health spokeswoman Suzanne Winchester said.

Gray was unconscious at the Salt Lake City hospital when police detective Jeff Payne asked to draw his blood hours after the crash.

Nurse Alex Wubbels refused because hospital policy required a warrant or patient consent. Payne handcuffed her and dragged her outside.

Gray was hauling a load of sand in northern Utah when a pickup truck speeding away from police crossed the center line and hit his truck head-on, causing an explosion. State police had been trying to pull over the pickup driver after several people called 911 to report he was driving recklessly.

Gray was not suspected of wrongdoing.

The pickup driver, Marcos Torres, 26, died in the crash, and Utah police routinely collect such evidence from everyone involved in fatal crashes.

Dramatic video of Wubbels’ arrest caught widespread attention online amid national scrutiny of police use of force. Payne and the supervisor who backed him, Lt. James Tracy, were placed on leave amid internal and criminal investigations…

Gray, 43, served with police in the southeastern Idaho city of Rigby. Chief Sam Tower said he was dedicated to the community of about 4,000 people and plowed snow from a sidewalk last winter so neighborhood kids wouldn’t have to walk in the street.

“Bill was truly the best of mankind,” Rigby police said in a Facebook post. “Always willing to help, always willing to go the extra mile. Bill was a big man, with a bigger heart. Everything about him was generous and kind.”…

… The story began on July 26th. That day, the police had engaged in a high-speed chase on a highway that ended with a deadly multi-vehicle crash. But this was not a cinematic case of, say, fugitive armed robbers. It began around 2 P.M., when the police received reports of a Chevrolet Silverado driving erratically. As the officers began their pursuit, the Silverado, now on US-89/91, swerved into a semi truck that happened to be on the road, causing an explosion. The driver of the Silverado, Marco Torres, who was twenty-six, was killed instantly. The truck driver, William Gray—who, in one of this story’s many byways, was a reserve police officer in Rigby, Idaho—staggered out of his semi, his clothes and body on fire. He was airlifted to the burn unit. One might wonder why the police wanted his blood, when he was, essentially, a bystander. The Utah police have said that it was meant for Gray’s protection, but Payne, in his report on the incident, obtained by the Salt Lake Tribune, said that the officers who were dealing with the crash wanted to know whether Gray had any “chemical substances” in his system. Another, troubling possibility could be that they were looking for something that might place some of the responsibility for the crash on Gray, in case he complained that the police had been reckless in their pursuit.

END_OF_DOCUMENT_TOKEN_TO_BE_REPLACED

New Mexico has released their ACA rates for 2018. I looked at their region 2 non-smoker rates and noticed something unusual. The four different insurers have two different means of loading CSR costs into their baseline rate structure. Christus, Health Care Services Corporation (a Blue) and the New Mexico Health Connections, a co-op, all loaded any CSR uncertainty into the general rate structure. Silver plans were always less expensive than the Gold plans that each company offered.

Molina did something different. They put all of their CSR costs and placed it directly into the Silver plan. This changed the order of their relative pricing. Molina’s pricing order was Bronze, Gold and then Silver. For a 40 year old, Molina’s Gold plan is $85 less expensive than the benchmark Silver plan offered by HCSC. The Molina Gold plan is priced like it is everyone else’s Bronze plans. Molina’s Bronze plan is priced $158 less than the benchmark Silver.

First, from a technical level, it means that at least some states are allowing anything to go. I was surprised when I saw that New Mexico approved two very different rate structures and solutions to the CSR problem. I naively thought that states would have chosen one approach.

Secondly, the market is heavily tilted towards Molina getting almost all of the healthy people enrolled. For people who earn under 150% Federal Poverty Line (FPL), they qualify for a Silver 94% actuarial value Cost Sharing Reduction (CSR) plan. Molina is price competitive with the rest of the silver plans. However only the people who strongly believe they will be sick will stay in CSR plans. Someone making $17,000 a year can either pay $47 for the least expensive CSR Silver or $1 for the Molina gold plan. Healthier individuals may gamble that the $500 a year in premiums will be a net savings over the difference in deductible exposure.

People who earn between 150% and 200% FPL are eligible to buy a CSR 87% AV Silver. An individual making $19,000 a year could pay roughly $70 a month for a plan with a $1200 deductible or $1 a month for a Molina Gold plan with perhaps a $2,000 deductible. The price differential means almost everyone who has any chance of not being admitted to the hospital in the first week of January is better off (network/provider relationships excluded) by moving to the Molina Gold plan.

After that, Molina’s Gold plan is priced like everyone else’s Bronze plans while the Molina Bronze is $75 less than the Molina Gold plan for a 40 year old. Even people who qualify for CSR 73% AV Silver are significantly better off by moving to Molina Gold unless they strongly value their current relationships with their docs as the Gold plan is less expensive and will have lower out of pocket costs.

The only markets which will be competitive for the remaining insurers are people earning under 150% FPL and who want the CSR benefit. Molina will clean house. Off Exchange, Molina will clean house among anyone who is not intensely loyal to their doctors. On net, Molina will have incredible risk adjustment outflows but very large membership due to being the only insurer using a Silver load strategy.

I think the Silver Load strategy under most conditions is a dominating strategy. If anyone else attempts to use other strategies without incredible baseline price advantages, they are giving away membership. States that allow mixed strategies will see significant insurer exits in 2019 as the non-Silver Load insurers will have lost money in 2018.

END_OF_DOCUMENT_TOKEN_TO_BE_REPLACED

The Fake News Networks are working overtime in Puerto Rico doing their best to take the spirit away from our soldiers and first R's. Shame!

Well, at least *someone* is working overtime. Or, you know, working.

Somewhere in Texas, Dubya is grinning like a chimp, making that annoying heh-eh-eh noise. He figures boosting Trump across the electoral-college finish line was a special gift to him from the GOP. So that’s one American who’s happy with Trump’s performance towards Puerto Rico…

END_OF_DOCUMENT_TOKEN_TO_BE_REPLACED

Grandpa’s nurse let him play with his phone again:

The Mayor of San Juan, who was very complimentary only a few days ago, has now been told by the Democrats that you must be nasty to Trump.

There’s a whole stream of bullshit like this on his feed. Here’s a telling one:

I will be going to Puerto Rico on Tuesday with Melania. Will hopefully be able to stop at the U.S. Virgin Islands (people working hard).

Speaking of working hard, the Post has a tick tock of how Trump and his team dicked around last week instead of working on Puerto Rico.