You are here: Home / Archives for John Cole

John Cole started Balloon Juice early in 2002. Those who have followed along know that this has been quite the journey.

Gary went in for his spay/neuter, and while all his brothers and sisters were being attended to, the mother tested positive for feline leukemia. This means he has to be quarantined for three months and then be tested.

Here are some pictures to sate you: 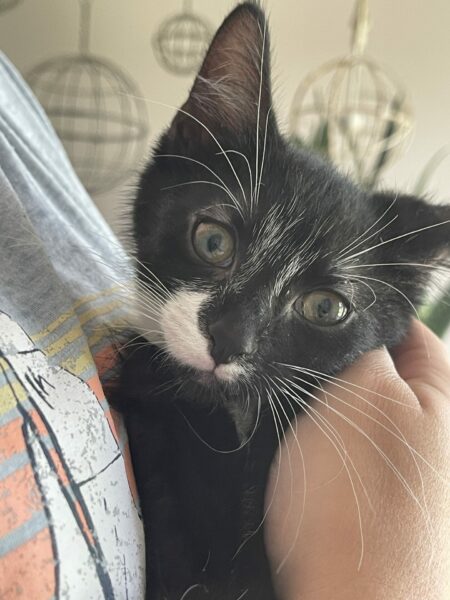 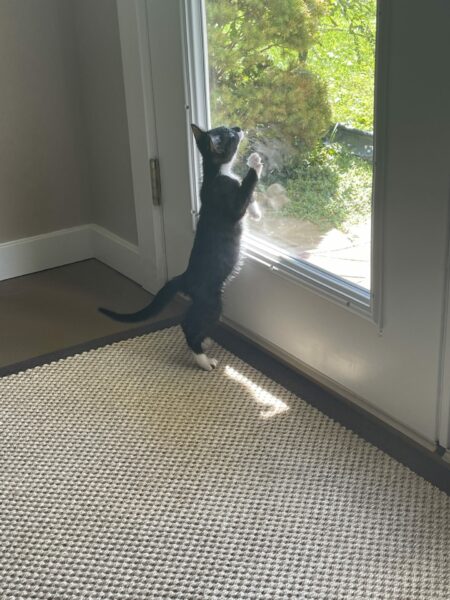 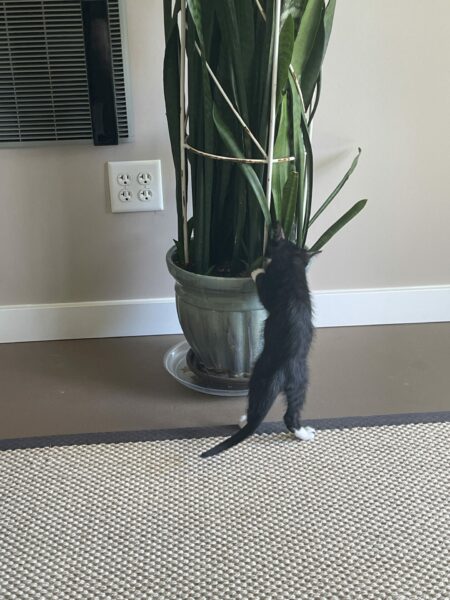 He is ornery as hell and purrs so loud it sounds like someone through gravel in a coffee can and is shaking it.

Oh yeah- his name is Gary.

Gary is quarantining at the foster. They will not adopt him out until he has been tested in three months.

END_OF_DOCUMENT_TOKEN_TO_BE_REPLACED 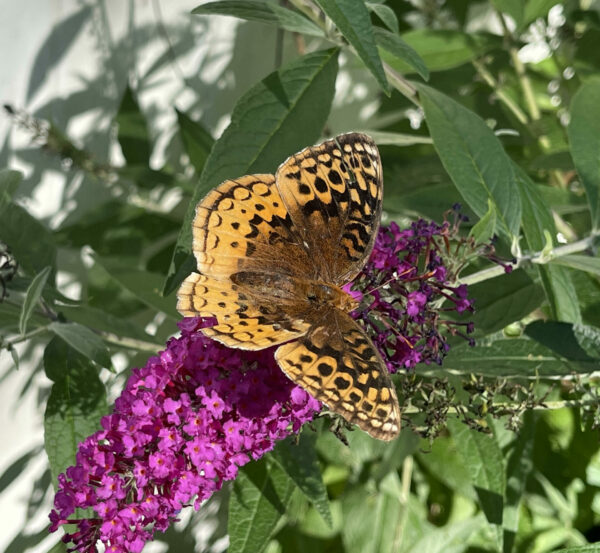 Found this pretty thing in the backyard today, a Great Spangled Fritillary. One of my favorite things about my backyard is seeing things doing what they are supposed to be doing, whether it is birds nesting or chomping on apples or eating worms or bees bouncing from flower to flower or maggots growing in the compost pail or, of course, butterflies flouncing around, etc. It’s just nice seeing order in the disorder, everything doing what they are sposed to be doing.

END_OF_DOCUMENT_TOKEN_TO_BE_REPLACED

I DUNNO IF YOU ALL HAVE HEARD YET BUT TRUMP HAD NUCLEAR SECRETS IN HIS HOUSE.

Also I am meeting this fellow on Thursday and have been thinking about him for a week since my massage therapist told me about him. 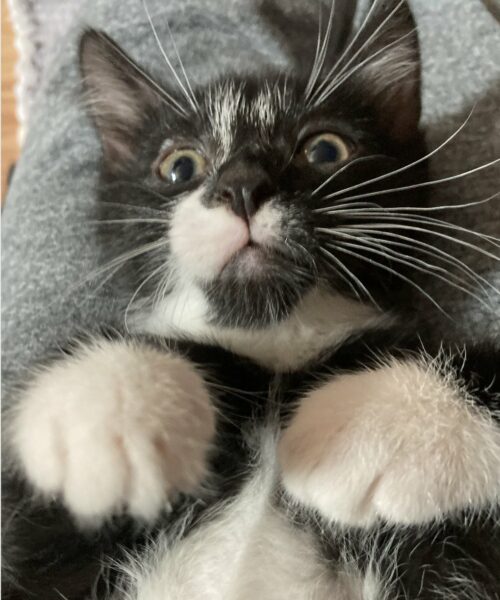 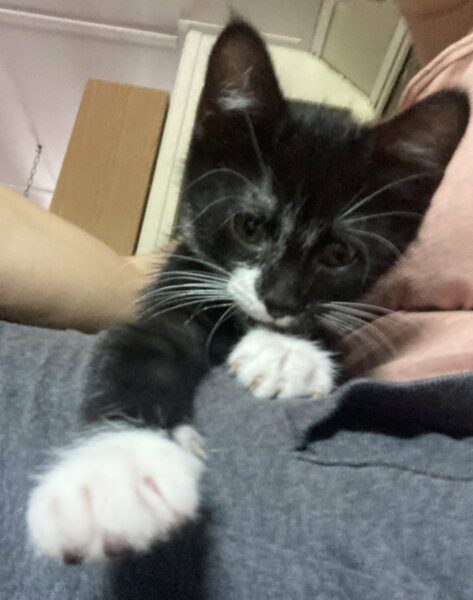 She is fostering him and his siblings and he going to be a very SMOL cat but she says she thinks I should take him because he has an amazing personality and I have been spitballing the idea 24/7 since.

END_OF_DOCUMENT_TOKEN_TO_BE_REPLACED

A document describing a foreign government’s military defenses, including its nuclear capabilities, was found by FBI agents who searched former president Donald Trump’s Mar-a-Lago residence and private club last month, according to people familiar with the matter, underscoring concerns among U.S. intelligence officials about classified material stashed in the Florida property.

Some of the seized documents detail top-secret U.S. operations so closely guarded that many senior national security officials are kept in the dark about them. Only the president, some members of his Cabinet or a near-Cabinet-level official could authorize other government officials to know details of these special-access programs, according to people familiar with the search, who spoke on the condition of anonymity to describe sensitive details of an ongoing investigation.

Documents about such highly classified operations require special clearances on a need-to-know basis, not just top-secret clearance. Some special-access programs can have as few as a couple dozen government personnel authorized to know of an operation’s existence. Records that deal with such programs are kept under lock and key, almost always in a secure compartmented information facility, with a designated control officer to keep careful tabs on their location.

And before the rightwingers start their bullshit, no the President can not just declare these documents unclassified.

END_OF_DOCUMENT_TOKEN_TO_BE_REPLACED

This is great news:

Horace Smith blew up a lot of beaver dams in his life.

A rancher here in northeastern Nevada, he waged war against the animals, frequently with dynamite. Not from meanness or cruelty; it was a struggle over water. Mr. Smith blamed beavers for flooding some parts of his property, Cottonwood Ranch, and drying out others.

But his son Agee, who eventually took over the ranch, is making peace. And he says welcoming beavers to work on the land is one of the best things he’s done.

“They’re very controversial still,” said Mr. Smith, whose father died in 2014. “But it’s getting better. People are starting to wake up.”

As global warming intensifies droughts, floods and wildfires, Mr. Smith has become one of a growing number of ranchers, scientists and other “beaver believers” who see the creatures not only as helpers, but as furry weapons of climate resilience.

Last year, when Nevada suffered one of the worst droughts on record, beaver pools kept his cattle with enough water. When rains came strangely hard and fast, the vast network of dams slowed a torrent of water raging down the mountain, protecting his hay crop. And with the beavers’ help, creeks have widened into wetlands that run through the sagebrush desert, cleaning water, birthing new meadows and creating a buffer against wildfires.

And I love stories like this because biodiversity is so important and so easy to achieve, it just means not doing stupid shit and it means you don’t have to inject chemicals and other bullshit into land to achieve a lush environment. I don’t understand it. I have not used fertilizer or any chemicals in my back yard since moving here. I planted a ton of pollinators, some trees, and I just let shit go and the bugs and birds and critters do their thing. They tithe a couple apples and some veg from the garden and occasionally work Thurston into a froth when the rabbits in their warren under the shed act up at night, but other than that, everything takes care of itself. I’ve got enough greenery and shade that I didn’t even need to water the garden this year, and the leaves and droppings from the willow tree makes great mulch and that keeps all the water in.

The only thing I have to do in the backyard (which is now nothing but garden, a small patch of grass that is half clover, and trees) is occasionally check the ph under the pine trees that overhang into my yard and take a trimmer to the willow and the wisteria. Other than that, everything takes care of itself. I have no idea why this is so complicated for so many people. I don’t understand why more farmers don’t plant a row of wildflowers to attract insects and predators to attack the pests on the cash crop. Obviously it is more complicated than what I am saying, but not much.

END_OF_DOCUMENT_TOKEN_TO_BE_REPLACED

So my new thing is to just claim executive privilege whenever someone asks me something I don’t want to deal with and to date my friends and colleagues have not been impressed.

At any rate, good morning, and here is an interesting read.

END_OF_DOCUMENT_TOKEN_TO_BE_REPLACED

Remember that all the people serving you and making your labor day relaxing and fun are… people. I tweeted about this last night, but wanted to share it here.

I went to a Mexican restaurant for dinner, and the service was terrible and one of the servers was an actual asshole to me. It was weird because I did nothing to offend him and I go there quite frequently, although I did not know this guy. It kinda pissed me off, and you know how I handled the situation, you know what I did?

I did nothing. I ate my dinner and paid my bill, and tipped 25% and fucked off on my way and stopped at McDonald’s and got an unsweetened ice tea because they have the best plain old tea. People have shitty days, and maybe this guy was having one and it was not worth getting myself worked up because someone else is having a shitty day and acting the fool.

The only fucking thing I can control in this world is how I feel and act about things. It took me a while to get to this point where that is how I view things. But somewhere about 35 I made an effort to control how I react to things. My reaction and the way I respond to things can cause me far more trauma and emotional damage than anything someone else does to me.

So this week, me people, if someone is a dick to you and you feel the visceral need to react, just don’t. Come back when someone else is working. Just fuck off about your day and do something else.

Trust me, you get into the pattern of doing this, you are gonna be happier. And so will your friends and family, for not having you come home and bring all that negative shit with you and gossip about how wronged you were and make people think that is right way to react. It isn’t. Just walk the fuck away.

It’s not fucking worth it. And this is doubly important if you have young kids around you. They don’t need you teaching them that bullshit. Act like a fucking adult with a sense of perspective on life and a functioning frontal lobe. Please.

So keep that in mind this labor day.