Did You Know John McCain Was A POW?

You are here: Home / Archives for Did You Know John McCain Was A POW?

Can’t find it now, but someone on twitter quipped, It’s never a good thing when the President’s advance team brings a tarp to a battleship…

… A senior Navy official confirmed he was aware someone at the White House sent a message to service officials in the Pacific requesting that the USS John McCain be kept out of the picture while the president was there. That led to photographs taken Friday of a tarp obscuring the McCain name, said the official, who spoke on the condition of anonymity because of the sensitivity of the situation.

When senior Navy officials grasped what was happening, they directed Navy personnel who were present to stop, the senior official said. The tarp was removed on Saturday, before Trump’s visit, he added.

The White House request was first reported by the Wall Street Journal.

The crew of the McCain also was not invited to Trump’s visit, which occurred on the USS Wasp. But a Navy official, speaking on the condition of anonymity, said it was because the crew was released from duty for the long holiday weekend, along with sailors from another ship, the USS Stethem.

A senior White House official also confirmed that they did not want the destroyer with the McCain name seen in photographs. The official, who spoke on the condition of anonymity to discuss internal deliberations, said the president was not involved in the planning, but the request was made to keep Trump from being upset during the visit…

Some poor bastid is gonna end up in the barrel because their superiors were terrified of offending the delicate sensibilities of a draft-dodging braggart.

Brought to you by the people who berate kneeling NFL players for “disrespecting the troops.” https://t.co/ArCtOQ1Dk7

Even Trump knows this is a God-awful look. it will be ironic if he goes ballistic on his staff for taking steps to avoid him going ballistic. pic.twitter.com/jWgM6PJcbI

When they run the government like a business. pic.twitter.com/QhndSniQD2

END_OF_DOCUMENT_TOKEN_TO_BE_REPLACED

For those who live in Arizona — encourage good behavior

McCAIN on Graham-Cassidy: "I am not supportive of the bill yet."

And if need be, drink after you thank the very nice intern for working for such a Mavericky Maverick.

END_OF_DOCUMENT_TOKEN_TO_BE_REPLACED

I have some grudging respect for the last act of drama queen John McCain. He could have just stayed in Arizona and killed the decaf skinny latte version of death to thousands, but instead he left everyone in suspense until the last possible minute. His performance was a solid 100% on the tomatometer – thumbs up, four stars, etc. I can’t wait for Cillizza’s spicy hot take. Extra bonus points to McCain for making sure idiots like Heller will be eating their repeal vote shit sandwich from now until election day.

In other news, those fucking idiots at Interior who thought they would scare Lisa Murkowski just realized that she is the chair of an important committee that can block appointments. Whoops!

Meanwhile, Dan Savage is trying to get some traction for “Bannoning” as the act of trying to suck one’s own cock. I prefer “The Bannon Maneuver” because it sounds more classy. I would also propose that the act of calling up a reporter to talk on the record while coked out of one’s mind be called “The Scaramooch Fandango”.

END_OF_DOCUMENT_TOKEN_TO_BE_REPLACED

So upset that he made a speech that didn’t mention Trump by name:

John McCain is increasingly mad as hell about President Trump. And on Friday, he went after Trump — hard.

During a speech at the Munich Security Conference in Germany, the Republican senator from Arizona delivered a pointed and striking point-by-point takedown of Trump’s worldview and brand of nationalism. McCain didn’t mention Trump’s name once, but he didn’t have to.

And even considering the two men’s up-and-down history and the terrible things Trump has said about McCain, it was a striking display from a senior leader of a party when it comes to a president of the same party.

That’s Aaron Blake, of “The Fix” at the Washington Post.  I subscribe to the Post, and I think Marty Baron’s news crew has been doing the best reporting on Trump of any US newspaper.  But “The Fix”, led by the execrable Chris Cillizza, is like the wedding announcements in the NY Times, the Oscar coverage of the LA Times, or the Mardi Gras coverage of the Times-Picayune: a regrettable, provincial placeholder that pays the bills generated by the real reporters.

If John McCain–an 80 year-old who has probably just started his last term in the Senate–lacks the moral courage to call out our Russian traitor President by name, then fuck him and the horse he rode in on. I honestly lack the imagination to understand why an 80 year-old patriot who suffered for our country wouldn’t be in the vanguard of those calling for an investigation of Trump’s ties to Russia.  What the hell does he have to lose?  After choosing Palin, leading the charge against Trump could be the move that rehabilitates his legacy.  Instead, we get this sniveling, indirect, cowardly horseshit.

END_OF_DOCUMENT_TOKEN_TO_BE_REPLACED

Senator McCain, doing his best imitation of [Combover] Caligula’s chosen consul, reminds us that his picture shows up in the dictionary next to “shitty loser.”

Or, as John said below: Fornicate him. (I paraphrase.)

With an oxidized agricultural implement. 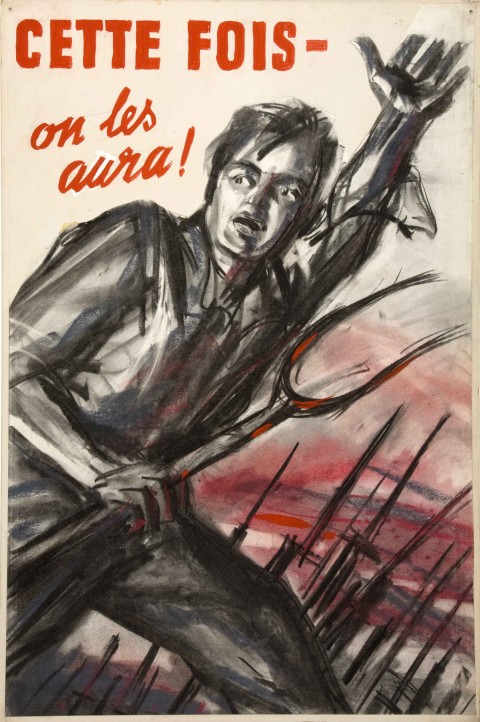 There’s a chance to make that wish come true.  Ann Kirkpatrick is the Democrat aiming for McCain’s senate seat.  She’s seems to be running strong, but the silver medalist in the 2008 POTUS stakes race is tough out, so she’ll need all the help she can get.

To that end:  I just dropped five bucks on her campaign. If you want to do something similar, here’s her Act Blue page.

*And yes.  I was looking for an excuse to use this picture.

END_OF_DOCUMENT_TOKEN_TO_BE_REPLACED

top official Spicer on Republican National Committee: "We are the gold standard of political parties"

Thank god Ron Paul never succeeded in getting us back on the gold standard https://t.co/4mdI41Ntoj

Sen. John McCain told reporters on Capitol Hill on Tuesday he might not go to the Republican National Convention this year because it’s so close to his primary in August. “I have to campaign for reelection,” he said.
This year’s convention might also be something of a spectacle if Donald Trump and Ted Cruz are slogging it out for delegates on the convention floor.

This is the latest in a trend of lawmakers who are up for reelection and are considering skipping, including Mark Kirk of Illinois, Kelly Ayotte of New Hampshire and Richard Burr of North Carolina. Some who don’t like Trump won’t go if he’s the nominee, like Rep. Charlie Dent, a moderate from Pennsylvania…

It would be notable if McCain were to skip, if for no other reason than he’s had a speaking spot at every convention for more than 30 years…

END_OF_DOCUMENT_TOKEN_TO_BE_REPLACED

It’s just being reported that the GOP caucus in the US Senate has decided that Presidenting while Democrat and/or Black is not to be allowed to happen.

That is — the majority party in The World’s Greatest Deliberative Body™ has decided that it will not entertain any piece of President Obama’s nomination for the still dead Scalia’s Supreme Court seat.  Zip, zero, nada, nothing:  no hearing, no vote, no respect for whatever jurist Obama chooses; for Obama himself, obviously; for the office of the President, clearly; and ultimately for the Constitution so many of those prating thugs assert they hold above all else.

To which my response is:

You couldn’t have done a greater service to the Democratic Party’s hopes in November, and thus to the country.

It’s hard usually, as readers of this blog know, to cut through the noise of political blather and the insistent demands of daily life.  But this is one of those moments when stakes and character become clear — enough, I deeply hope, to move the dial in November. Most simply, if there were any enthusiasm gap between the parties, it’s going, going, gone now.

We have two jobs:  for one, elect the Democrat, whoever that may be, to the Presidency.  I’m more a Hillary person than a Bernie one, but I’ll pound the hills of New Hampshire for either one this coming fall, every damn chance I get.

The other:  these embarrassments as Senators must go:  Kirk, Johnson, Toomey, Portman, Ayotte.  The Florida open seat, and as distant hopes, McCain and Burr too.  I’ll be up in New Hampshire (as I may have mentioned a sentence or two ago), pounding the hills for Governor Hassan, every damn chance I get.  If you can get to a race that’s in the balance, do so.  If you can’t, do whatever else you can.

One last thought: I didn’t think that anything the GOP could do — especially an act as predictable as this — would do more than deepen my weary sense of “they are who we thought they were.” But this feels like a last straw. I’m just done with allowing any framing of this as “just politics” or what have you. I and a majority of my fellow citizens voted President Obama into office twice. The disrespect to him is something he can handle (better than I ever would). But it’s the delegitimizing of my vote, my choice, my place in American democracy that has just gotta stop. The current Republican Party has to be destroyed, root and branch. They are blight on policy, and a boil on the body politic. Time for them to go.