Following FSB anno that a US citizen, Paul Whelan, has been accused of espionage, US State Department confirms detention of a US citizen in Russia. US has requested consular access. 'Due to privacy considerations, we have no additional information to provide at this time.'

If I were Maria Butina, I’m not sure I’d be all that eager to return to the warm embrace of Mother Russia, but then what does an untravelled American like me know about true patriotism?

… President Vladi­mir Putin, in his New Year’s greeting to President Trump, said he was open to a meeting of the two leaders. Trump canceled a formal meeting with Putin at the Group of 20 summit in Buenos Aires in December over Russia’s seizure of Ukrainian naval vessels and crew.

“Russia-U.S. relations are the most important factor behind ensuring strategic stability and international security,” Putin wrote to Trump on Sunday, in one of many messages to heads of state around the globe…

In December, Russian gun rights activist Maria Butina pleaded guilty to conspiring with a senior Russian official to infiltrate U.S. conservative groups. Butina, 30, is the first Russian national to be convicted of seeking to influence U.S. policy in the run-up to the 2016 election by acting as a foreign agent.

Shortly before Butina pleaded guilty, Putin said she was not known to any of his spy agencies. The Foreign Ministry has gone to great lengths to paint Butina as a political prisoner, notably by launching a wide-ranging social media campaign.

(For the pedants, yes I understand that Orthodox Russia’s real New Year isn’t for another two weeks. But the ‘Relect Trump’ campaign needs a media distraction for when it’s discovered that Lord Smallgloves attended tonight’s big donor party at Mar-A-Largofvckyourself.)

Well, we know who Trump is going to agree with. "Putin told me™ he was a bad guy, so why not swap him for the confirmed Russian agent who cultivated the NRA-GOP connections?" https://t.co/CSrfhgF7BD

With respect to #Russia's FSB detaining Paul Whelan, this action is purely retaliatory, as arrests of random Americans have been repeatedly suggested by Russian lawmakers. Additionally, the Russians may be hoping to swap Whelan in exchange for #Butina. https://t.co/RBZTfLz9r0

END_OF_DOCUMENT_TOKEN_TO_BE_REPLACED

The New Year is beginning to creep across the globe, maybe hoping that nobody will notice.

Kim Jong Un will also give a speech.

#India ?? you are one hour into the new year #HappyNewYearIndia pic.twitter.com/3tsPFRUNpQ

And some not-so-happy greetings –

Moscow Patriarch Kirill threatened Constantinople Patriarch Bartholomew with the "Last Judgment" unless he withdrew his recognition of Tomos for the Ukrainian Orthodox Church. Not very nice New Year greeting.https://t.co/qnnaaCukju

Not quite to Europe yet, but here’s an old German postcard from Tallinn that doesn’t look too different from the Town Hall Square now.

From more recent years past –

Today in #SpyHistory: On December 25, Gorbachev resigned as leader of the USSR. The Soviet Union ceased to exist on December 31, 1991. pic.twitter.com/kDDYs1lEqZ

What are you doing in the countdown? What good things happened to you this year? How can we make 2019 better?

END_OF_DOCUMENT_TOKEN_TO_BE_REPLACED 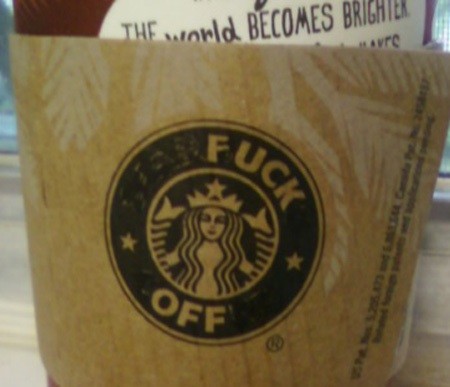 The mister and I don’t really make New Year’s resolutions. We make and break resolutions all year long, such as “eat healthier” and “get more exercise” and “spend less money.”

But there are people who should make and keep a resolution to just fucking stop [insert bad behavior] in 2019. What follows is a partial list. First up, these motherfuckers:

Young Republican women are aggrieved, outnumbered, defiant. And they aren’t going to apologize for loving the guy in the White House. https://t.co/NkIoQAJRpC

I don’t mean the subjects of this type of human (garbage) interest piece, who should obviously direct themselves to the nearest conflagration and leap into it forthwith; I mean the editors who green-light pitches for these trash stories.

I actively avoid this type of content but have seen at least 10 stories this year on how Trump supporters can’t get laid. I don’t give a shit. No one gives a shit. The obvious solution is for them to go fuck themselves. Stop telling us about them.

The vacationing Mr. Cole pointed out another species of this media phenomenon early this morning:

so tired of exit interviews of fucking nazis

Kelly, on His Way Out, Says Administration Long Ago Abandoned Idea of Concrete Wall https://t.co/E2Hd5hJZv8

A-to-the-fucking-men. Kelly is an unrepentant liar who sold his shriveled husk of a soul for a seat adjacent to a traitorous sociopath, revealing himself to be the small, petty, mendacious worm he was all along in the process. That’s a dog-bites-man story in Trump’s DC. Media, please amplify the voices of their victims instead of participating in the attempted rehabilitation of these vile shit-stains.

Speaking of vile shit-stains, Louis CK is back:

Imagine thinking the best way to resurrect your career after admitting to sexual misconduct is to mock trans people and Parkland gun violence survivors. pic.twitter.com/SH7wDYe7kA

To review, last year, after admitting he jerked off into potted plants in front of appalled female colleagues, CK said: “I have spent my long and lucky career talking and saying anything I want. I will now step back and take a long time to listen.”

As pretty much everyone on Twitter noted, CK apparently meant he’d be listening to unfunny Dennis Miller sets. Anyhoo, here’s hoping he finds himself jerking off in front of ever-smaller crowds in 2019, perhaps capping off his career with a CPAC sploodge-a-thon. Fuck off, already, Louis CK.

There are so many more people and things that need to fuck right the fuck off in 2019, but I’ve got holiday preparations to do, so I’ll leave it to you to enumerate them. Or discuss whatever — open thread!

And, in case I don’t get a chance to check in again before midnight, Happy New Year!

END_OF_DOCUMENT_TOKEN_TO_BE_REPLACED

Every person in America should be able to work hard, play by the same set of rules, & take care of themselves & the people they love. That’s what I’m fighting for, & that’s why I’m launching an exploratory committee for president. I need you with me: https://t.co/BNl2I1m8OX pic.twitter.com/uXXtp94EvY

I don’t know if she’ll win the nomination, but of all the contenders so far, she’s got the most fully baked message and proposals I’ve heard. Even if she doesn’t ultimately prevail, I’m glad to see Warren in the mix. The ideas she’s put forward recently — like the Accountable Capitalism Act and the Anti-Corruption and Public Integrity Act — need to be part of the conversation for Democrats.

END_OF_DOCUMENT_TOKEN_TO_BE_REPLACED

Sorry about Thursday/Friday, I was sick and went to bed early and forgot to post Thursday and then Friday’s I setup the post to publish a day later than desired. At least there was a bonus Saturday post!

For this last day of the year, let’s go out with something nice and blog-appropriate.  Tomorrow we return to Africa from our beloved Compte.

Have a wonderful day, and safe evening. See you next year!

END_OF_DOCUMENT_TOKEN_TO_BE_REPLACED

My grandpa got Michelle Obama’s book for Christmas, started crying, and then said, “I can take myself off of the waitlist at the library, I was 353rd in line to read it.” ?? pic.twitter.com/bMZtfZ1Hif

More snippets to cheer us through the last day of 2018…

He led NC's Moral Monday rallies as leader of the NC NAACP. The MacArthur Fellow has launched a rebirth of the Poor People’s Campaign.https://t.co/l8gJDG8gaO#NandOTarHeel @RevDrBarber

Very interesting that @msnbc just named @sharicedavids as the face of the incoming Democratic wave class in the House. I agree: red state winner, incredibly formidable American. Was a privilege to be on #TeamSharice this year. She'll be a national figure. pic.twitter.com/NgDgmJ6VTd

House Dems will move expeditiously on Day 1 to end the reckless #TrumpShutdown. But we will not pay a $5 billion ransom note to build a medieval border wall. That’s a 5th century solution in connection with a 21st century problem. We need #ComprehensiveImmigrationReform pic.twitter.com/Q2ea1rps9O

I’m reminded of something a Republican said to me during the attempted Moulton revolt: “Nancy Pelosi is as good as Mitch McConnell thinks he is.” Anyway, Trump v. Pelosi in 2019 will be lit. https://t.co/hL2uEmbeME

As the year winds down and we look toward 2019, I’m asking you to make a commitment: find something you want to change in your community and take the first step toward changing it. If you need some inspiration, take a look at some of the young leaders who inspired me this year.

END_OF_DOCUMENT_TOKEN_TO_BE_REPLACED

So far, I am having a pleasant time in South Beach. I spent a few hours in little Havana today, and had a delightful coffee: 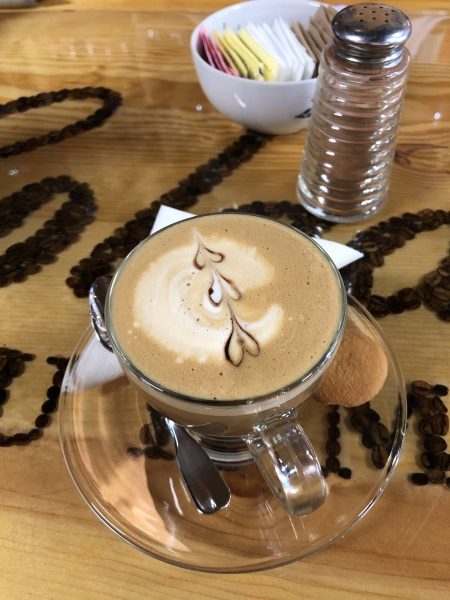 Came back, spent some time by the pool, and then ordered Thai food for dinner. Watching Boston Legal and calling it an early night, as my sister is showing up tomorrow for a few days.

Good to see the blog has not blown up.