Tomorrow is likely to be a bit nutso as we now know that the Nunes memo will likely be released.

As you might imagine, the FBI is not amused.

The FBI takes seriously its obligations to the FISA Court and its compliance with procedures overseen by career professionals in the Department of Justice and the FBI. We are committed to working with the appropriate oversight entities to ensure the continuing integrity of the FISA process.

With regard to the House Intelligence Committee’s memorandum, the FBI was provided a limited opportunity to review this memo the day before the committee voted to release it. As expressed during our initial review, we have grave concerns about material omissions of fact that fundamentally impact the memo’s accuracy.

Congressman Schiff has now provided even more worrying information about what has been approved for release tomorrow.

Now for the quick note: If the Nunes memo, which is really more like a four page report, is released without an order of declassification from the President, the material released will still be classified. Since I am not read on to any of this stuff – the material used to get the FISA warrant and extension alleged to be the focus of the Nunes memo, as well as the material that Nunes and his staff cherry picked to produce the report – I cannot and will not read the memo, the reporting about the memo, and cannot and will not comment on them. This would violate the terms of my clearance.

Mark Zaid, who runs one of the top law practices dealing with clearance issues, as well as whistle blower protection, delineates the key issues here:

THREAD – What does #HPSCI release of GOP classified memo mean?

Zaid goes on to state:

I continue to talk with experts on govt classification & intelligence committees regarding my view that #HPSCI action does NOT "declassify" #FISA memo. No one is disagreeing with me.

Of course, #POTUS can affirmatively declassify the information. But silence is not the same thing.

To redirect: if this is released tomorrow without a specific declassification order, I’m going to be silent on it. On the actual report being released, what it means, etc. I’m sure others here will pick up the slack. And I highly recommend that you all check out Zaid‘s and his partner Brad Moss‘s twitter feeds as they’ll have expert commentary. I also highly recommend Ben Wittes‘s, Susan Hennessy‘s, Asha Rangappa‘s, Richard Painter‘s, and Walter Schaub‘s twitter feeds among others. And I’m sure Lawfare will have coverage too.

END_OF_DOCUMENT_TOKEN_TO_BE_REPLACED

I go back and forth about the Russia stuff. On the one hand, I think the Trump campaign’s behavior was genuinely treasonous from a moral perspective and that Trump’s behavior to stifle the investigation is mostly likely criminal from a legal perspective. On the other, none of it’s as important to me as the millions of people’s heath care, or whether 750,000 dreamers get to stay here, or the future of the American middle-class.

The Republican party will never hold Trump accountable no matter what he does. The sooner we can get Democrats into power, the better it is for everybody.

You can give here to the Balloon Juice fund that is split equally among all Democratic nominees in House districts currently held by Republicans. 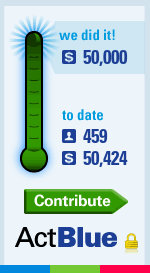 You can give here to Swing Left, which is promoting grass roots action against Republicans in 70 swing districts. Thanks everybody. And remember, our time will come.

END_OF_DOCUMENT_TOKEN_TO_BE_REPLACED

Pres Trump also said, "I would love to be able to bring back our country into a great form of unity. Without a major event where people pull together, that's hard to do. But I would like to do it without that major event because usually that major event is not a good thing." https://t.co/3oBK9JXyvv

'I'd LOVE to have approval ratings in the 80s,

Donald Trump is telling friends and aides in private that things are going great — for him.

Some reasons: He’s decided that a key witness in the Russia probe, Paul Manafort, isn’t going to “flip” and sell him out, friends and aides say. He believes Robert Mueller, who heads the investigation, can be crushed, if necessary, without being fired. Sweeping tax and regulatory cuts will juice the economy and get him re-elected in 2020, he is predicting. He thinks he’s learned how to handle the dysfunction of Congress. And he’s even come to like the White House, the bad plumbing and drafty halls notwithstanding. “I love this place!” he told one friend.

In other words, as he prepares to deliver his first State of the Union address on Tuesday night, the president is very pleased to report that the State of Donald Trump himself is nothing short of fantastic.

“He called to congratulate me on how brilliant and prescient I was to tell him to run for president,” said one friend, who asked not to be identified, laughing at the thought. “What he was really doing was flattering himself by flattering me. But for him, it was a long and very enjoyable monologue.”

“You have to understand that you are dealing with a guy whose most fundamental, minute-by-minute fear in life is of boredom,” said a friend. “He’s decided that the presidency is the best way in the world not to be bored.”

If only the rest of us could feel such assurance.

How ungrateful can a man be? In his long inauguration address Trump did not spend one minute to thank the people who helped him get elected, his dedicated Russian allies and their peerless leader, Vladimir Putin. I have just lost all respect for POTUS the Putz,

The consensus is that Trump read his speech yesterday very well

Maybe, to build on this, he could try a book

END_OF_DOCUMENT_TOKEN_TO_BE_REPLACED 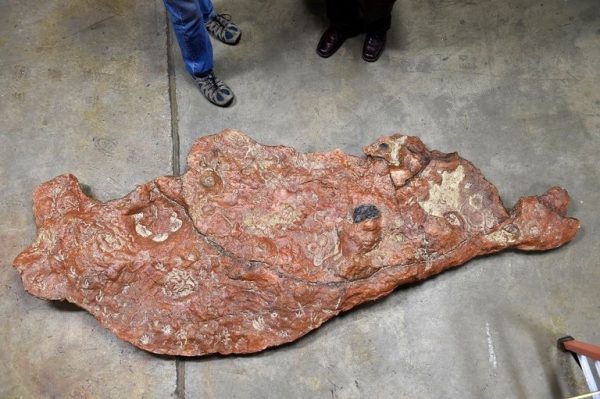 A slab of rock unearthed at NASA’s Goddard Flight Center has lots of mammal and dinosaur tracks, and maybe even a pile of fossilized poop. There are sauropod, theropod, and baby nodosaur tracks. There are mammal tracks, possibly with toe beans. There eighty or more footprints on the stone. The article has a nice diagram of the tracks on the stone and the animals that made them.

What kind of tracks are your animals making? I have been having some work done on the house, and Zooey and Ric have not been going out. So they do a lot of running inside instead.

And I’m exhausted from the news this week, with two days yet to go. Open thread.

END_OF_DOCUMENT_TOKEN_TO_BE_REPLACED

Just a few house keeping notes on retirements and people who will change the amount of time that they spend with their lawyers.

It's almost like being the chairman of the House Oversight Committee means nothing in a GOP Congress that's devoted to providing absolutely no oversight of this particular administration.

There is a freshly opened judgeship on the 4th Circuit. Given how he phrased his retirement letter, I would not be surprised if he is nominated to the bench.

He has been under investigation by the FBI for allegedly paying off a 2012 primary competitor.

From a Fall 2018 perspective, PA-01 is a D+31 district. Any map that the GOP state legislature and the Dem governor (Wolf) could agree upon would probably protect incumbents. Removing an incumbent from a Democratic vote sink seat allows for some more precincts to shift to other seats so that a D+31 seat could still be safely Democratic at D+20 instead of an incumbent protected seat at D+25.

Finally, in some surprising news:

Removes the prime opportunity for Democrats to shoot themselves in the foot this year.

END_OF_DOCUMENT_TOKEN_TO_BE_REPLACED

ICYMI (In Case You Missed It)…

A woman tried to board a plane with her emotional-support peacock. United wouldn't let it fly. https://t.co/yTjvJoDCmV @washingtonpost pic.twitter.com/3XsmSR7iDg

I actually checked Snopes, and it’s true. The peacock’s person — surprise! — is a “conceptual artist working in photography, performative experiences and social practice” while living in Bushwick.

END_OF_DOCUMENT_TOKEN_TO_BE_REPLACED

JUST IN: Congressional Budget Office has issued a report advising Congress to consider raising the debt ceiling earlier than anticipated to account for the revenue loss brought upon by the GOP tax legislation.

What could I possibly add to that? And in other news, a metaphor:

A train carrying dozens of Republican members of Congress, including House Speaker Paul Ryan, to their legislative retreat in West Virginia hit a truck Wednesday, leaving at least one person dead.

The driver of the truck was killed, President Donald Trump said Wednesday afternoon. Five patients were transported to UVA Medical Center, with one in critical condition, the hospital tweeted. Amtrak said three passengers and two crew members were hospitalized with “minor injuries.”

Republican train wreck on way to luxury resort hits truck killing blue collar worker while spilling garbage everywhere. That’s about an apt a summary of the past couple decades as anything.